It is amazing a politician can promise something and when he cannot do it, spins it to appear he has kept his promise.

It used to be lying, now it is misrepresenting or spinning. Or it is someone else’s fault.

I am glad I do not watch TV on a regular basis. When we go out for Pizza, I watch it.  Our TV might be turned on once a month. I am sure a lot has to do with my hearing.

I have made up my mind who I am voting for, I remember very well my dad thinking that George Romney would make a good president, and my dad leaned to the democrat party at the time. So since my dad did not get to vote for George, I will vote for his son. I am not getting into reasons, we all can vote for whom we please, this is America and I will vote.

I voted for Jimmy Carter, I liked him.  He was dealt a rough hand to play and his own congress would not back him. I still firmly believe Jimmy was a very good man.  I supported and voted for Ross Perot. I try to vote for a man with a little business sense. This country is in dire need of someone who knows how to live on their income.

I wanted to vote for Harry Truman but they would not let a 8 year old vote. I would have voted for Adlai Stevenson, but a 7th grader couldn’t vote either. I did attend one of Ike’s rally and ate his cake and cookies, but I still liked Adlai.

I voted for Nixon because JFK was too pretty.LOL

All in all I have voted for losers and winners, but I have voted for the man I thought could run the country.  To tell the truth Bill Clinton wasn’t such a bad president. Other than spinning a good tale and being a womanizer, he was able to get the two parties to work together to a point. I honestly hate the whole Lewinski thing came up. It did not help the country. Kids need to look up to the president.

I really liked Reagan. I was surprised how good he was as president. I think I liked his news conferences best. He knew how to deal with the press.

Mitt is rich, it is not a sin to be rich, I do not envy his money, but I wouldn’t mind having that much. Many rich folk do not give their time or money to others, but you cannot point to Mitt and say that. He has also made a payroll and run a corporation. I did not know he was so involved in Staples. I have also read a little about his personal life, and like what I read. Many folk say, he is just another rich guy.

It was okay for JFK and Kerry to be rich, if you were a democrat. But they were  sorry rich guys to a republican.

All I do is dig a hole when it comes to politics. Will Rogers said once, “When you  find yourself in a hole, quit digging.”

I was always taught to respect my elders,
but it keeps getting harder to find one. (Right Lucy? 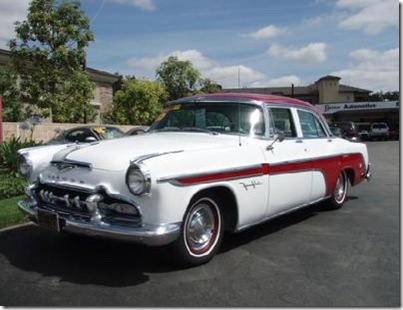 I will be voting with you...lol.

Jack, I will NOT vote for Obama. That's a given. However, I am concerned about Romney's religious beliefs. Romney believes that Jesus is the brother of the Devil and that men can become gods. Those beliefs will affect decisions on foreign policy (at least as I see it). So now I see I'm in a hole and must stop digging!!! I'm glad this is America and we do have the freedom to vote our convictions. If there was a viable alternative I would not vote for either candidate ... but then that creates another whole set of problems.

I'll be voting, but it's a difficult choice for me. There is so much mud slinging it's hard to find the truth on either side. I am also praying that whoever wins will be guided to do what is right for us all.

I was 15 when I campaigned for
Ike. That is funny that we were
so involved in politics at an
young age. I remember you and
Bill leaving Church and attending
Ike's rally and eating food and
getting pencils, pads, pens and
then getting back to Church before
they ajourned. Funny.

Mitt Romney for my vote.

My first memory of politics is standing on the band house porch at school yelling "I like Ike" with a group of kids and another group yelling from the school steps. I swear I can't remember who or what they were yelling for. Even though John is very hard of hearing he watches politics and stock market 24/7, well almost.

hee hee....
You KNOW who «Louis» supports for president - and it ain't the incumbent! YES! Reagan was a GOOD president.

Good find on the '55 DeSoto. Many people don't even remember DeSoto - and more still never even heard of them!

It would be nice if there were an alternative running this year, but of the two choices available, I'm voting the way you are voting Jack. I have to say Obama scares me and another four years with him in office is something I won't relish. I do believe Romney could give it a shot and do well with it. Not fond of his religious beliefs though. We just need to do lots of praying for our country. I often wonder if God has turned his back on us; after all we (country) turned their back to him with how we want to define marriage and how we kill his children(abortion). All I can say is, I would never want to be president!