Shucks I was confused from Birth

I grew up wanting to be everything. Most of all I wanted to be a cowboy, but someone said time had passed me by. I wanted to be a hobo on the trains and go where the tracks went. I met a man once who did this every once in awhile, just climbed aboard a freight train and went. 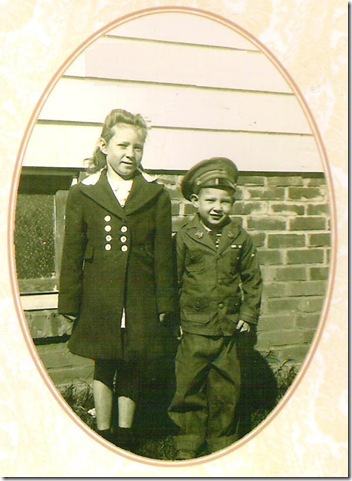 (That is me on the right, mama made that uniform!, oh yeah that is Shirl my big sister!) 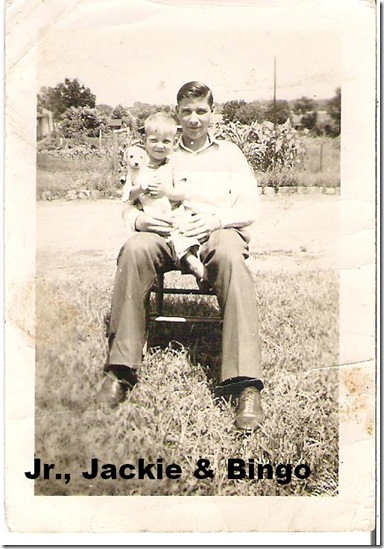 (At’s my big brother Junior, nobody bothered to tell me he was B.F. Darnell Jr.)

I have made a lot of life changes, but always thinking of what was best for the future and our family. It has all worked out. Many changes, a lot of different professions and hobbies but in the end it was becoming a General Contractor that was the most satisfying. 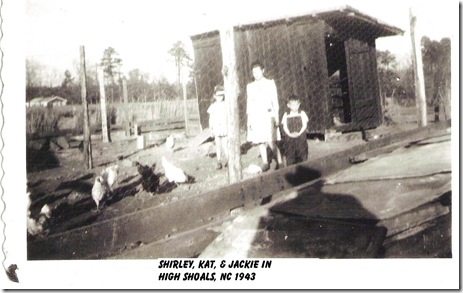 (That is mama’s chicken lot and that is my two sisters, Shirl and Kat. That little guy is going to be a contractor! My dad took that picture, he always wore a hat, see it in the shadow?)

I loved residential building. Seeing a house take shape was a thrill. My son and I could frame a 2000 sqft house in a week, and have it dried in. That wasn’t a super feat, but it was impressive. As a contractor I guaranteed a house in 99 days. Now folks do it in 60 and less.

I am not sure what I want to do next. I have been thinking about this bucket thing. Shirl sent me the info about a movie where the term came from. So now I know that a bucket list is, a list you want to complete before you die.

So my list should be short. Honestly, I did have dreams, most have come true already. I’ve already seen the grandkids in Utah, but I would like to see them again. And after 50+years, I got to see Buddy again and meet Di (his lovely wife), and I do want to make it to New Mexico and see them again.

Now that I started thinking, I would like to take my Sherry to the little Greek Island of Corfu. I would like to see England again and visit Ireland for the first time. So I guess I do have a bucket list. I had better start working on that. 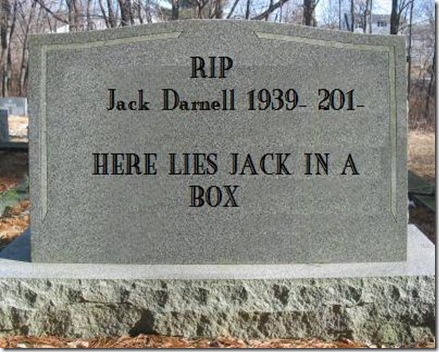 (When Paula walks thru our grave yard she will recognize me!)

Ideas won't work unless ' You' do. 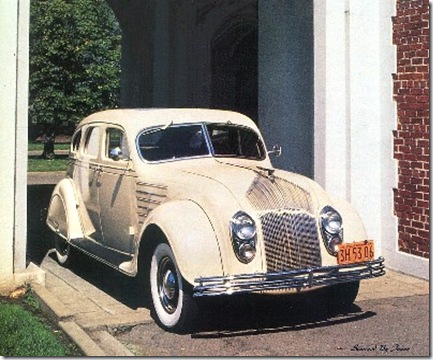 We all have a bucket list of sorts. I don't have such big ones as you but still have them. The term is a relatively new one but it mens the same thing as things we hope for or dream about. I hope you and I both get those things we want in our lifetime. It's a cool sunny start to the day here with lots of leaves coming down. I may have to go out and rake soon...??? Not today though!

I bet you have a short bucket list - you seem to live when you live! lol

I did not know you had a brother and another sister- where do they live?

And this is funny - my Andy at age 11 has a bucket list - everything he wants to do that we say no too - that's what's on it!

Oh my goodness I didn't want to see your tombstone yet. Oh well mine is in place at Mission South in San Antonio. I don't have a buckey list, I'm just happy to keep driving down those country roads as long as possible. Too wet here today to go to the cemetary or the roads but we are thankful for the rain.

It is neat to have bucket lists; I think we have to be realistic about making them. For instance, me to have on my bucket list visiting Europe would not be realistic since I don't like to fly and there is no way I'm flying across the ocean! But it is neat to plan and to figure out what one wants to do while they are still living (and then remember the old adage; man plans, God laughs :)

I do like though the items on your bucket list, Jack! Hope you and Sherry get to do a few of them in the next few years!

Well I have marked two off my
bucket list. I want to go to
Fryar's Topiary Garden..Hiddenite Gems Emerald Hollow and about 4
more. Fun thinking about them.

Will start soon...to mark them
off the Bucket List.

Very interesting post and the pictures are beautiful. Yes, I see the hat in the shadow. :)

One thing caught my attention, however. Since you are building your bucket list, you may need to revise your death date. I would push it up to around here....
1939 - 202-
I don't think that is asking too much for an old sailor/marine.

Yes, once I wanted to become a Cowboy as well. Truck driver too. Right now, still haven't decided though.

Please have you all a wonderful Sunday.

I think all little boys wanted to be cowboys! Our first TV shows were all about cowboys.

I see your Mama made your first uniform and knew you would be traveling the world. She did a nice job sewing.

Love, love the photo of you and your siblings and the shadow of your dad taking the photo! What a fabulous picture!

I thought you have been everywhere already but I see there are a few more places you would like to visit.

«Louis» enjoyed the photos of you as a youngster!

The Chrysler Airflow nearly sank the company. It was far ahead of its time, reflecting Walter Chrysler's engineering prowess. While a failure in the marketplace, the Airflow shaped the thinking of stylists and engineers throughout the auto industry for the rest of the decade, pointing to the cars of the '40s.

Don has been all over the world, but he has always said Ireland is the most beautiful place to be.

The tombstone kinda freaked me out, Jack. Not yet, okay?