And then there was Jim

Anchor, the mascot, was a good memory from Valdese. The #2 mascot was Jim, a huge crow. Fall and spring when all the windows were open at school, Jim would fly to a window sill, stand and look in. At times (very seldom) he would venture inside and hop on an empty desk. After a while it was just an accepted diversion. Watching the light glisten off his shiny feathers was neat as he would cock his head to the side as if listening to the teacher. 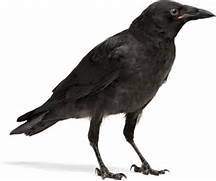 Students would throw scraps, from snacks, to him during recess. I don’t remember anyone getting him to eat out of their hands, but many tried to coax him that close. Both mascots seemed to enjoy recess time.

The past times for students at recess and lunch was hand ball (the ball was a Dixie cup filled with paper and sorta formed a waxed paper ball. The idea was to keep the ‘ball’ in the air as the kids batted it back and forth. The ball was never ‘slapped’ hard, everyone tried to get it to the opponent so it could be returned, mostly hitting it underhanded. The idea being to keep it up as long as possible. 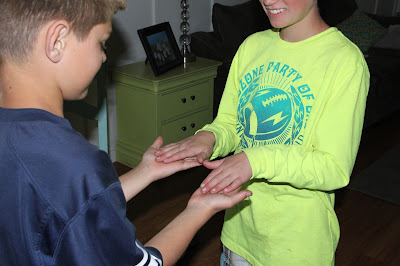 The other was called hand slapping. One guy with palms up the other with palms down on top of them. The one on the bottom tried to be fast enough to ‘slap’ the other guys hands before he could move them. It was fun to watch, the fast guy always left the slower guy with red topped hands.

Being a small mountain school, honesty was expected. Theft was VERY seldom. During my last year there was a rash of thefts. Pens, pencils change, costume jewelry and watches. Some taken while guys practiced football or baseball. At times things were tense with accusations being thrown between the town kids and mountaineers. 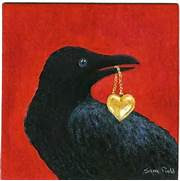 Valdese had a lighted ball field. When an electrician was replacing a light high on one pole, the thieving mystery was solved. All the missing items were discovered in Jim’s nest, Jim our crow was the thief. One of the ‘funniest’ things of the school year. The incident spread like wild fire, everyone was laughing.  It was a big relief to staff and students.

Sister Shirl Graduated at VAldese. The only person in my family to have a HS diploma.  She was a smart kid, I do not know what happened to her? ;-)  Don't throw stuff Shirl, it was a joke!!!!!


The 1953 MG was built while I was in Valdese, I never heard of the MG until about 1965, but it became my dream car. I never did get one.  But I still like the looks of the car. 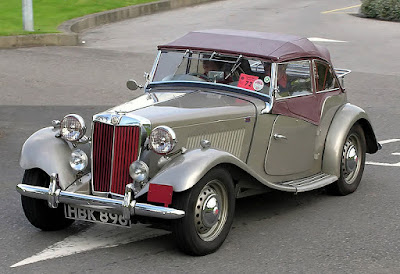 I loved this story! How funny! I remember the simple games like hand slap. Paper footballs were a big thing with the boys.
The car photo brings back memories too. I owned a 1977 MG-B in high school.

They do say Crows are smart birds. Your memories of your crow and school days are a keeper for sure ! My only memories of crows are how they flock to the fields to eat the seed. Hope you all have a wonderful Monday.

That was funny who the thief was! He was a clever crow. Such great memories from your school days!

Oh, that's rich! Jim sounds like quite the character. :)

I don't recall either of those games, but I'm really impressed by you kids' imagination and ingenuity.

That HOT little 1953 MG has my name on it. LOVE the story about the crow. Our cat is a thief too.