During the time we lived aboard the Naval Base, GITMO, we had TV.  It was called Armed Forces Radio and TV.  Reruns of old TV many of them from when TV started methinks. There were tapes and film reels.  The TV came on at about 4:30 PM and went off around 11 or 12 PM. Of course it was only one channel.

(At home in GITMO) 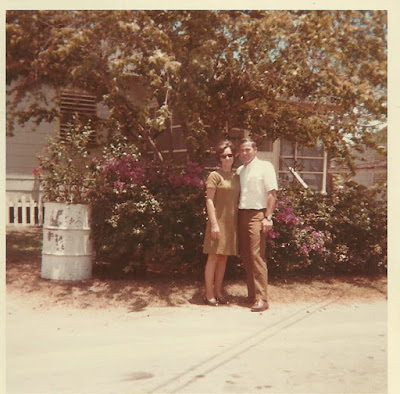 We had TV rabbit ears, some of you will remember rabbit ears. Aboard Gitmo there was no need for the announcer to say: "Don't touch that dial,” because you weren’t going to another English channel.

If you spoke Spanish, you could get Guantanamo City TV.  Every once in a while, we did catch one of Castro’s speeches just for variety. Our TV NEVER had commercials, the Base TV producers, announced that next Saturday would be commercial day. Nothing but USA company commercials. That was probably the most watched TV day.  Folks who had not seen a commercial in one or two years laughed and laughed about the ones they had seen.

The base is forty square miles, most of that is water. By the time we were stationed there the local water had been cut off by Castro and the USN had installed a giant desalinization plant.  In the barracks and housing there was no such thing as cold water at your faucet, both handles were hot, just one hotter than the other. Desalinization is done by heat, so since it is never cold in the tropics, and all the main water lines are run above ground, the water stays hot enough to take a shower without using the hot water tap.

Although Guantanamo Bay USN was established in 1903. For years it has been a training base for Naval Ships.  There has always been a small USMC base called Camp Buckley for the base security forces.

GITMO made the news with the building or the prison at Camp Buckley.  Naval and Marine folks laughed at folks who kept saying, they are going to close GITMO.  The prison is a very small part of the base mission, but it is the most high profile.

My family will tell you of all my military assignments in the USMC, USAF  & USN, GITMO was the absolute hands down, BEST.

(Christmas at the motocross track) 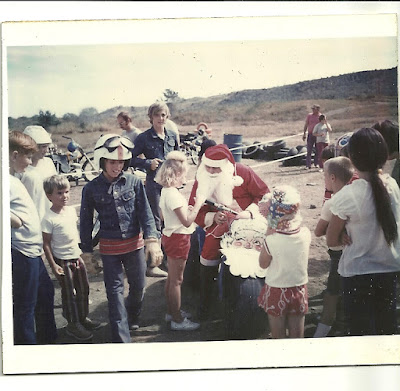 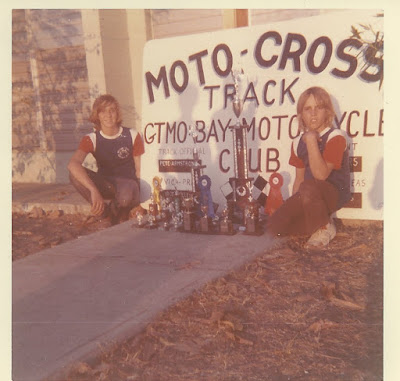 The weather was great all year round, and it was wonderful for family activities. 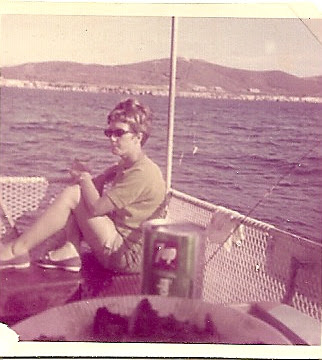 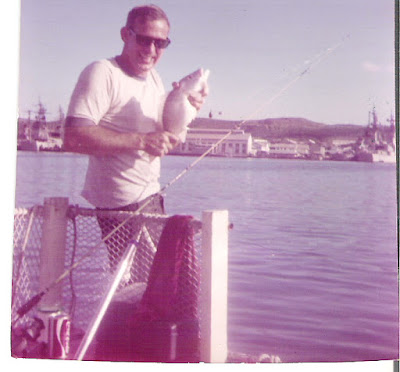 We fished, boated, snorkeled, bowled even  traveled some to Jamaica, Haiti and Puerto Rico.

The Prison was not there when we were. I imagine the media and traffic has taken some of the gleam away.
Nite Shipslog

PS: It seems I have said all this before. The memories came back when I thought of the old saying, "Don't touch that dial". 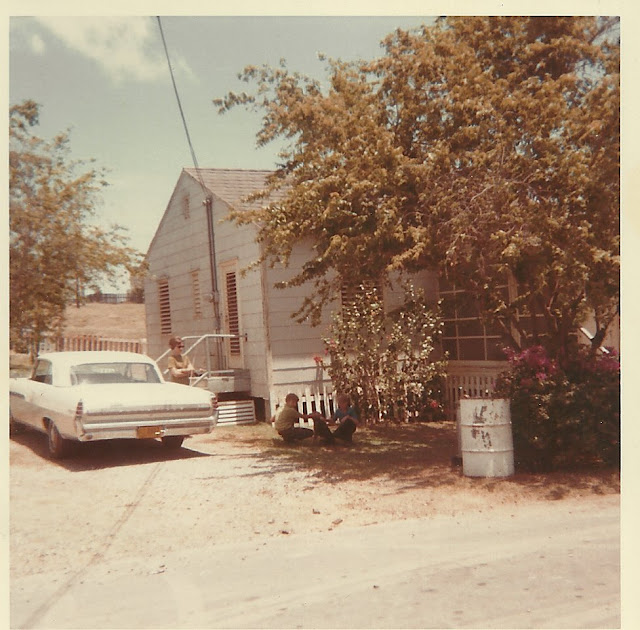 I always like it when you write about when you all lived there. Sherry's hair is so cute in the picture of her on the boat.

Such a great time for you and your family when you were down in Cuba. The opportunities and the weather seemed about perfect! I had to laugh that people would enjoy watching commercials. During commercial breaks here, hubby is channel hopping to watch anything but :)

Commercials are often the best part of TV watching. I bet the fishing there was great too. Do you guys love seafood?

You have had some great experiences that many of us have not had. I love hearing about your life. Hope you all have a great Sunday.

I'm honestly fascinated by your behind-the-scenes take on GITMO! Heretofore, I've presumed life in Cuba was not unlike being on another planet. (Uh-oh, now the title of that book we were made to read in high school comes to mind -- the Ugly American.)

Years ago, while spending time w/ a sometimes-significant other at his home in Tuscany, I laughed and laughed at the Mr. Clean giant singing his commercial jingle in Italian!

Hey what a brilliant post I have come across and believe me I have been searching out for this similar kind of post for past a week and hardly came across this. Thank you very much and will look for more postings from you. glacier bay kitchen faucets