I do not trust them for long term (yearly forecasts) we get them every New Year. I wish I could remember the ‘Hurricane’ forecasts and temp forecasts, but if I record them I forget them.  I had about just as soon trust the Japanese calendar.

I do remember one year very well. We had bought a place on Lake Dora, Tavares, Florida. We really did like it,  but Home owners association did not allow people on the water to erect a hoist to keep their boat out of the water in bad weather. Their reasoning was that you would block someone’s view who was not on the water, so the boat took a beating in bad weather. Of course the boat was taken out of the water for hurricanes.

So we decided to sell and did.  That was about eleven years ago. None have followed that pattern again.  Somehow it is hard to believe the EXPERTS at times.


I had just as soon trust the Farmer’s almanac, but I don’t read that either.

Y’all try to be good. BTW we are home. This little block house has survived a lot of hurricanes, so we probably won’t worry too much about it.

No, we are not moving in yet. We have another vacation planned in the near future, no need to unpack the coach. LOL.  Shucks life is good! 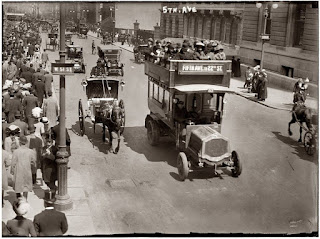 John and I are glued to the TV everyday watching the weather forecast even though we know those weathermen don't know any more then we do.

I think sometimes weathermen just pick out forecasts from jars and go with it on the news :) (not really, I know there is a science to it all). Nature is unpredictable so even in the best situation, there can be that time it goes a bit askew and doesn't follow what is clearly forecasted. And that's okay; it gives us a topic to discuss about with people in a crowded elevator :)

How fun with another trip being planned!

The weathermen have a tough time of it trying to predict mother nature. She is very changeable indeed. Yet what would we do without them. I know I watch them every day and even though they often miss out, they are also right often enough to ignore. Glad you had a good trip and are back home and that you also have plans for more. We're to get up to 50 here today. Unbelievable for February in Ohio.

After the big scare from Matthew, I agree that some of those predictions should be taken with (as Mom used to say) a "grain of salt"!

It amazes me how close they do get it at times. When My wheather app on my phone says its gonna start snowing at 1:15, by george it does! Its usually on spot but will change in a second. I have seen it go from 90% chance of rain to 95% chance of sunshine in a blink of an eye. I think we can pretty much predict that ourselves.
Im thinking the motor home will be HOME and the brick house is a vacation spot.

This reminds me ... (Oh!, I hope I'm not repeating myself!)
When I worked at the CBS affiliate in Tampa/St. Pete, the meteorologists' offices were right off the side door. Wish I had a dollar for every afternoon (when) I was leaving for the day and I'd spot Dick Fletcher smoking his cigarettes and staring intently up at the sky ... minutes before he was to go on air. "All that fancy-schmancy equipment, and NOW we know your secret!"

Testy sort of fellow; He'd just glare and ignore us - but his forecasts were spot-on.

This was supposed to be our ' most snow ever ' year and so far, very far from the truth...It doesn't mean it can't still happen. Many times we have had our big snow into April. Today, however, it was 52...like Ohio's MA said, unbelievable for Feb. for WI too.
Glad you're home safe. Hugs from our glorious north

I don't mind rain. SNOW I don't like. But a hurricane definitely not. My oldest daughter wanted to be a meteorologist, but alas did not.