Continuing a lesson from my dad’s life:

I learned frugality from dad & mom. He allowed me to go with him on trips to church Conventions. Shirl usually foud a girl friend to stay home with.
Unlike my friends who were PK’s who stayed in Hotels, Dad found a rooming house for us at half the price. The money he saved was returned to the church clerk. I have heard men say, ‘We had never heard of that before or since.’ But dad’s words still ring, “We are using God’s money, it is not to be wasted.”

Now we NEVER stayed in a tent as a family at these events, but once he did rent a trailer and had it delivered to a campsite. LOL

I am not sure what my daddy would say about the multi-millionaire TV preachers, I tend to be critical, but my daddy would probably have said, “Son I will answer for me, not him when the time comes.” 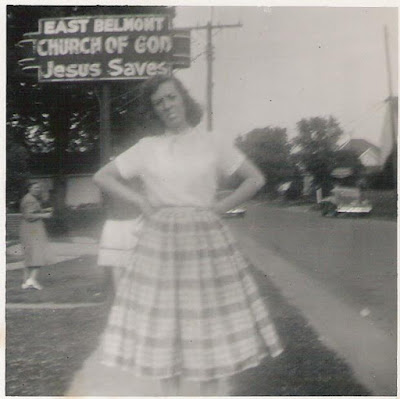 My dad was a Church of God preacher. There were many times I wished he was Baptist or Methodist, they were less strict.  LOL   But now? I am proud of my dad. I have good friends in their 70’s that dad performed their marriage ceremony when they were considered kids.. A few old folk around the last church he where he served, still remember him and mama. But his time has past and gone. It is a new world, but he taught me well to respect what I have.

Dad trusted me, and many times I did not deserve that trust. There was one time the Church convention was in Memphis Tennessee and dad could not find a rooming house, so he took a room in the Adler Hotel Annex.  Memphis gets HOT in August (Rick would say ‘hotter than Satan’s shoe soles’), the room was not air conditioned. My dad actually bought a tin tub and a 100 lb block of ice and placed the room oscillating fan on the other side to keep mama cool. We laughed about that for years.

Dad gave me a dollar a day for a hot dog and drink. That left some for spending. It was part of God’s money. Maybe, but now it was MY money. I ran with a couple PK’s and we sneaked off to the ‘show’, it was a sin, and I guess that made it more fun. Daddy would have been disappointed in his son.

There is more to the story, so this is like a Saturday morning serial at the show, BTW that was a sin too. Story at eleven as the TV used to say. 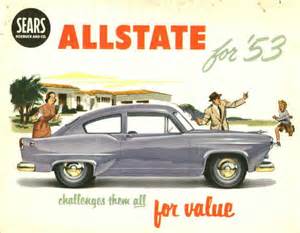 These cars were new that year in Memphis, it was 1952 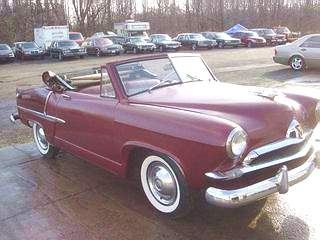 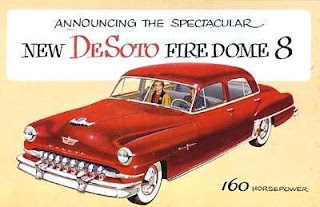 Your dad was a good man (but you already knew that). It is neat that there are still people alive that remember him and that he performed their weddings! I wonder if he ever knew or suspected you sneaked into the show. Maybe he was extending you a bit of grace :)

It would be interesting to hear what he thinks of some of these wealthy modern day preachers who use God's money to buy themselves fancy houses and cars. Your dad sounds like the real deal.

I particularly like that saying of your Dad's - I'm responsible for me , not him. Good thinking for sure !

Using God's money ... what a wonderful way of thinking (and acting)!

I cracked up about the fan perched above the 100# block of ice -- way to think outside the box, to keep his love comfortable!

I can tell your dad was a good man. He raised you well. I bet he knew all the mischif did.
I was raised a Baptist. I wasn't a PK but my dad was a decon. He was pretty strict on me.
When I was young, those Church of God members would scare the daylights out of me. It made me appriciate the laid back Baptist. The Church of God churches have lightned up through the years. I realized they are all good ole folks. I wish the world still went to church and was more God fearing now days.

Jack, no matter what, your daddy was and is proud of you. Even a PK goes astray on occasion but I'm sure you made amends between you and your Lord. :)
Your daddy reminds me of mine...good men they both were.
Blessya and hugs from up north where the fresh smoked bacon came out great and smells and tastes divine as bacon can.