A grandson of slaves, a boy was born in a poor neighborhood of New Orleans known as the "Back of
Town." His father abandoned the family when the child was an infant. His mother became a prostitute and the boy
and his sister had to live with their grandmother.

Early in life he proved to be gifted for music and with three other kids he sang in the streets of New Orleans. His first gains were coins that were thrown to them.

A Jewish family, Karnofsky, who had emigrated from Lithuania to the USA, had pity for the 7-year-old boy and
brought him into their home. Initially giving 'work' in the house, to feed this hungry child. There he remained and
slept in this Jewish family's home where, for the first time in his life, he was treated with kindness and tenderness.

When he went to bed, Mrs. Karnovsky sang him a Russian lullaby that he would sing with her. Later, he learned to sing and play several Russian and Jewish songs.

Over time, this boy became the adopted son of this family. The Karnofskys gave him money to buy his first musical instrument; as was the custom in the Jewish families.

They sincerely admired his musical talent. Later, when he became a professional musician and composer, he used these Jewish melodies in compositions, such as St. James Infirmary and Go Down Moses.

The little black boy grew up and wrote a book about this Jewish family who had adopted him in 1907. In memory of
this family and until the end of his life, he wore a Star of David and said that in this family, he had learned "how to
live real life and determination."

You might recognize his name. This little boy was called: Louis "Satchmo" Armstrong. Louis Armstrong proudly spoke
fluent Yiddish! And "Satchmo" is Yiddish for "Big Cheeks"!!!

Growing up I was a trumpet player. Louis Armstrong was my hero in music. When I ran across this bit of trivia, I wanted to share it.  Many of the youth do not know Satchmo. He was the only trumpet player who played with air in his cheeks.  There many trumpet players in his day, but he had a gravelly voice and had his own style  with the trumpet. 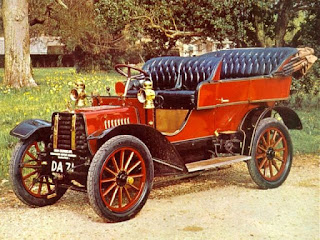 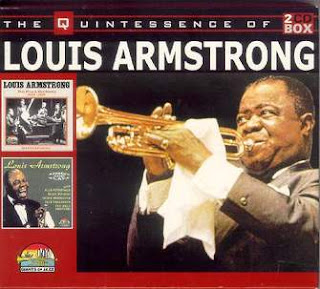 Tonight I cannot get my font nor pictures to follow instructions.

I barely remember the name. Not even sure it was from my days.
I like to hear trumpets but I really enjoy the sax.

Lump-in-the-throat material (and watery eyes) for sure!
I can't wait to show this to my jazz-loving DH!

Jack this was a most interesting post, I enjoyed it.

I didn't know this about Louie Armstrong! So very sweet story to share!

He was a good trumpet player loved to hear him belt out a song. Glad to know his story was not aware of Louies background.

What a wonderful story. I'd never heard if before but I do like the music of Louis Armstrong. Nice to hear about good things like that and I appreciate your post today. 'What a wonderful world'!

What a heartwarming story about a 'chance ' for a little boy. My daughter actually had the honor of meeting Mr. Armstrong when she was in college. She was very impressed with his kindness and gentle way with an audience and I recall her saying, and Mom, could he ever play. Thanks for sharing this story. I also had not heard this bit of history of such a great man.
love n' hugs from way up north. Nice day today, I went ' shrooming ' and found some very tasty ones for our table.

what a heartwarming story about louie armstrong.