WHY?
Why do people clink their glasses before drinking a toast?  (The reason at the end of the blog entry..)

And now, IRMA.  I know THE REAL "IRMA" (I know her as Aunt Nee) and also her ‘clone’ IRMA. One in Florida and the clone in Missouri.  BOTH ladies are jewels.  So the Hurricane was only a WANNA BE IRMA, and was nasty to a lot of folk.  (Both were in Missouri for this other IRMA to pass through)

Now to us and our Son, she was sweet, just like the real ones. Mark spent last night at our home in Deltona. He lost power in the middle of the night. The total damage to our house was one privacy fence section down. Mark propped it up before he headed off to check his home in Port Richie.

He said in a text when he got there "all is well," he had less damage than we did. He sent a SMILE and this picture: 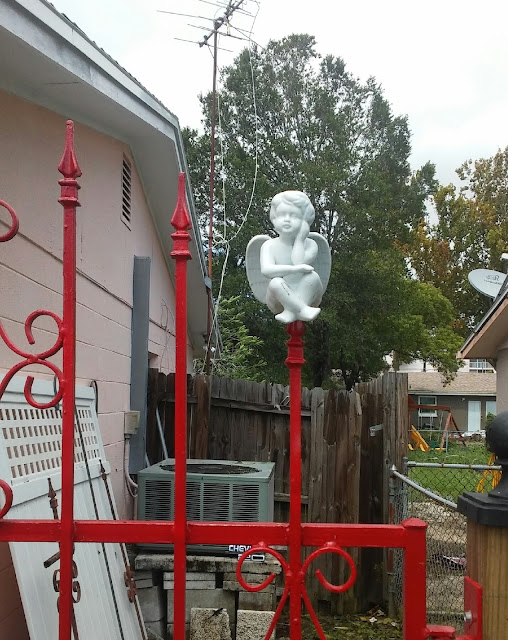 If you own a home in Florida, you have to KNOW that someday you will meet THAT hurricane. We are thankful after about 5 or six of them we have met, none have been THAT one to do extensive damage. As they say, we dodged the bullet.

BECAUSE
In earlier times it used to be common for someone to try to kill an enemy by offering him a poisoned drink.
To prove to a guest that a drink was safe, it became customary for a guest to pour a small amount of his drink
into the glass of the host. Both men would drink it simultaneously. When a guest trusted his host, he would only
touch or clink the host's glass with his own.

When the Stock Market Crashed in 1929 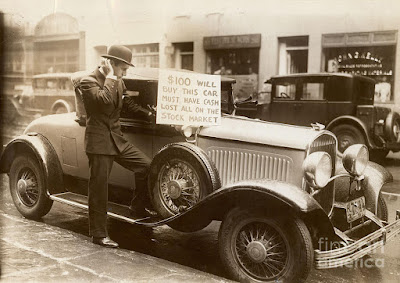 You two were sooooooooooo lucky. Maybe it is time for insurance!! We just have wind and rain - nothing bad.

As you know, I'm very familiar with Mark's whereabouts. This is the BEST news!

PS - Tom's sister on Amelia Island was ordered to evacuate ... and didn't. Thankfully, the damage to their home isn't catastrophic, but they're still w/o electricity ...and Tom suspects she's regretting their decision to stay.

So glad both houses weathered the storm with little to no damage! I was surprised that I got a lot of work from the Florida hospitals I type for today. Several reports were for injuries and whatnot sustained during the hurricane or preparations for it. Hoping this is the last of the threatening hurricanes for the season.

Glad to hear your boy is safe and damage was minimal. Thats a realy neat fact about the glass clinking. Your post are always interesting and fun.

I love LOVE that guardian angel. Just sitting there as if it knew what it was doing. So relieved to hear that your house and your son's got little damage and your son is safe. I was a praying all would be well. So many still have a big clean up job to do. I'm sure you'll have the fence fixed in no time. Very minor when you consider what might have been.

That is so good about the Angel sitting there taking care of Mark's house.
It is a pretty Angel. That is a good lesson...we have a guardian angel that watches over us. I am thankful...

Like Shirl said. We are thankful all went well at your homes. LOVE the guardian angel. She was there with good reason.
love n' hugs from way up north