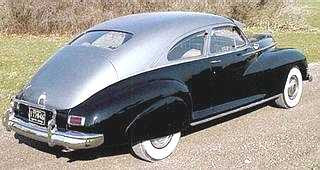 There is also a restricted port called GITMO, unrelated to the Manhattan Project but seldom heard of until a certain prison was erected. But a restricted area you could only enter if invited by the government or ordered there for duty.

On Gitmo our sons played little league and went to school. We had beach outings like normal folk did. The boys loved it. It was our best duty!

If you think HOA’s are tough. Imagine someone controlling who comes (if anyone) for a visit.

(Understand, each person living in these secret cities’ agreed with the rules and restrictions before they took a job and were allowed to work there.)

Lately we have assisted our grandson in his move to Oak Ridge, TN.  We also learned a friend had been a welder who worked there. Sherry remembered an Uncle whe went there to work. It rekindled memories from my childhood. It must have been in the late 1940s I first started hearing of these cities and the TOP SECRET project. To develop a weapon that could end a World War.

I was amazed to learn that one of my blogging friends spent her young years in one of those cities, the one in New Mexico. Myra mentions it at times. But most of us cannot picture the vastness of such a project. Families had picnics, kids went to school and dad and/or mom went off to work.

In GITMO the family routines were the same, except we had no visitors in nearly 4 years. We did take vacations. I know Myra and her family did also from her blog entries.

Those secret cities blossomed to over 50,000 residents each. They did their job and contrary to some did a great thing. With my brothers, uncles and cousins in that war I was one happy kid when I heard, after the Bombs were dropped, Japan surrendered.

Men and women gave up much of their lives, as did the soldiers and sailors on the Line, to find an end to the WORLD war, BEFORE our countries enemies did.

There was little public praise for those people, but they completed an assignment ON TIME. Their work shortened the war by years and 1000’s of US lives.

Nite Shipslog
Did I read that headline correctly?
Kids Make Nutritious Snacks
Do they taste like chicken?
Posted by jack69 at 8:58 AM

Hard to believe that such things happened now, looking back, we do owe so much to so many. Still do owe our military a lot. Until my son was in, I really had little idea of all they do. My hat is off to them all ! God bless them all !

You and Sherry sacrificed time together to reach those sunny beaches in GITMO and the Keys. Celebrating all Veterans as we approach Memorial Day, thank you for your service.

You KNEW I'd love this post, didn't you? While my family didn't move to "The Hill" until '52, I still remember relatives/company being stopped at the main gate until permission could be granted. And yes, I'm enormously proud of the work that was done there.

I need to get out my old book (Inside Box 1663) and re-read the accounts of housewives' lives. An excerpt from the author that still gives me chills: "At that time I had no idea there was a Box 1663 in the Santa Fe post office, nor that I would disappear into it, lose my identity and emerge from it at the end of 1945 an entirely different person."

I'm embarrassed to admit, I've never heard of Hanford, WA … but would love reading more about your experiences at GITMO.

Hmmm interesting.
I could live anywhere there are beaches.

We visited Los Alamos a few times when we lived in Santa Fe. I enjoyed the history of it. It was sobering to see the work done there by "ordinary" people just trying to do the best they could to help out their country and also raise their kids.

I haven’t visited any of those places but I can imagine that it would have been interesting living there.
R