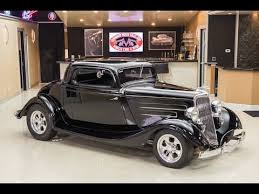 1934 FORD
Now:
I must admit most of the commenters on this blog are ladies. Several men read it but maybe they can’t write, who knows?  I know men are known to Crack their knuckles. I am not sure about you girls.

I just noticed I still do it. I crack two joints in my fingers. The first and second joints. It is a satisfying habit, not as satisfying as a ‘cigarette’, but satisfying.

I asked myself, WHY? And I have no answer.

I did learn in my search that no one has proven that popping knuckles causes arthritis. Once a knuckle is ‘cracked’ it usually takes about a half hour before it will crack again.

HA! I know you are saying to yourself, I am sure glad I stopped by the Shipslog today!  LOL

Now that you are here I want to let you know  small towns, that are becoming cities (or a bed room for a city) can be a pain in the ‘Keester’. I just learned that the city attorney said he didn’t see any way we could build on this lot.

I had many questions, most were answered with, “That is the city attorney’s opinion.”  I know the city attorney. We are not ‘drinking’ buddies, but he has done work for me. I have no complaint about his work.  Once at a closing he threw some ‘unprofessional’ and ‘not nice’ words toward a lady attorney I was using after him, Vickie Whitley. (She was not present or she would have eaten him alive! Vickie is still our attorney!)

I am sure down in ‘myself’ that he used his personal prejudice against Vickie to form his opinion. Not something that can be proven.

I have debated whether to just lick my wounds or go to the expense to hire an ‘outside’ attorney to prove him WRONG. I ask myself, “Is this a mountain I want to die on?” NO! This is life in small town government. It is, and has been who you are and who you know. I have always known that accepted it and made a good living, ‘I went along to get along’, as the old saying goes.

Anyway, life will go on. We have a couple more options and are looking into them.

But if it bothers you about popping your knuckles, STOP WORRYING, and pop ‘em! It is a satisfying habit and doesn’t cost a thing.  LOL

BUT, but it might bother your husband or wife if you do it during the sermon! Just sayin’.


Nite Shipslog
PS  : Did I read that headline correctly?
Cold Wave Linked to Temperatures
Who would have thought?

Interesting, It is "Small Town Politics" ! It depends on who you know ! I retired first from Law Enforcement, my second Career was a New York State Certified Code Enforcement Officer, Lic, # 0993-7351B, Still have it ! I have been asked just recently to go to work for a Large Restaurant Project as they need Inspections for the Remodel of an old Bakery into a Eat in Restaurant, I said "NO" ! Don't need the stress.
I "Crack" knuckles every day, just before I start Playing the Guitar or Mandolin or Banjo ! Still raining, some snow in higher elevations, Can't believe all the flooding !!! You 2 take care down there, Stay in your Home as long as you can!!!!!! Sending Love from the soggy old North, Gary an Anna Mae

I had to pop my knuckles, LOL, after reading this. Haven't done it in a long time.

Shame you can't build where you want to, but you are wise to let it go so to speak and look at your other options. Its a shame if that man is using this as a grudge against you; no way to do business, small city or not.

That stinks!!! I know you'll come up with something doable.
Lots of love and best wishes, Glenda

Ohhhh no! I'm so sorry that jerk is using his 'platform' to dampen your enthusiasm. But ya, you're the better man for not letting him get to you.

Like Betty, I had to try and pop my knuckles. What a disappointment to realize only my index fingers would pop.

I agree that stinks you can't build where you want. You know something I have realized - it is all who you get.

I admit, I still pop my knuckles. They just don’t seem to pop as good as they used too.
That makes me mad about the no build comment. You are right, Its who you know but I also think it’s about money.
You gotta be well known in the town to get anywhere. If your in the political side of things, you can build in a swamp and they would approve it. Maybe you should become drinking buddies. That would do it. Haha.

Chin up. You will win at the end.
Lisa

YAHOO--- you always have other options. I'm sure a good one will come up for you. Where there is a will there is aways a way! Never popped knuckles but do remember mom saying you will get large knuckles if you do that. Where now, old arther (arthritis) has set in and my knuckles are large any way ! Ha! Darned it you do and darned it you don't sometimes.

You are such a gentleman.
You are picking your battles, and wisdom has allowed you to know which ones to pick.
I’m sure you will make the correct choice.

this made me smile. i like to pop my knuckles too.