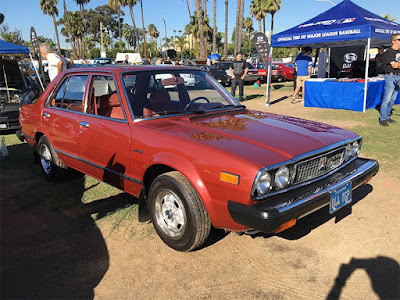 The distress call, “Mayday, Mayday, Mayday a call no pilot or skipper wants to make.
The net is a great place I just wondered how this started and ‘googled it’.

Mayday got its start as an international distress call in 1923. It was made official in 1948. It was the idea of Frederick Mockford, who was a senior radio officer at Croydon Airport in London. He came up with the idea for “mayday" because it sounded like the French word m'aider, which means “help me."

It was May, 1950. We had a new school building in Albemarle, NC. I was first trumpet in the grade school band. I was picked to be the Trumpeter for the May Pole Festivities.  Mama was told what ‘uniform’ I needed. White bloused ¾ pants with elastic waist and legs. High white socks and a white shirt with bloused arms. The hat sorta looked like a ‘chef’s hat.’

Of course we had never heard of Cinco de Mayo. There were no Spanish folk in Albemarle. We were white and black. And since segregation was a part of our lives, I went to the ‘white’ school. Shucks, even Catholics were few and the nun’s habits were scary to most of us Protestants.

No matter all that, most of us kids had no idea why we were having a celebration, just that it was basically a day out of the classroom.

On the day of the May Pole Dance I was sharp. My mama had always made most of our clothes so the ‘suit’ was a simple task for her.

BUT underwear? I usually wore jockeys or white boxer shorts. THAT DAY for a reason I do not know, I wore striped boxers. I was okay as long as my pants were ‘bloused’ but when the white fabric got too close to my boxers you could see my ‘stripes’ thru the white fabric mama had used. OF COURSE I was embarrassed. But  I finally realized I may as well laugh with the rest of the kids, because things were not going to change and it was a fun time. HA!

But we did have fun, I don’t even remember all it entailed, just that it was a day off.   I have thought of that incident on some May days.  I guess you might say I could have called ‘Mayday, Mayday!” Like the pilots in trouble.
Nite Shipslog
P.S.  Did I read that headline right?
Police To Begin Campaign to Run Down Jaywalkers….
(That might be taking things a bit far! Huh?)

I remember in school we used to dance around the May pole. It was so fun.
I can’t tell you how many times I have been out then realize I had on bright colored undies with my white pants. I would just own it and be embarrassed later.
Haha.

How I wish someone had taken a photograph of you in the Maypole uniform!
I was well into my 20's when I made the mistake of wearing panties decorated with images of playing cards … under a pair of pale yellow slacks. Why even one of my coworkers didn't point out my gaffe is beyond me. Come to think of it, I'm still embarrassed!

That was a sharp outfit you had way back then! I don't think they do much anymore for May Day celebrations here, but Cinco de Mayo is a great celebration! I know lots of Mexican restaurants advertising for their specials for today. We'll stay at home :)

Your outfit for the festival made me smile, happy memory, thanks for sharing!

Growing p in Northern New York State, going to a Country School, grades 1 thru 8, I never heard of Cinco de Mayo, I can't even remember if we even talked about it !
Was out today and had at least 2 "May Day" Calls , Still trying to learn to "Fly" !! We actually hit 70+ degrees today, YAHOO. !!!!
You take care and behave yourself ! Regards and love from the North, Gary an Anna Mae !

What a cute story to tell on yourself. I guess we've all had an experience similar in some way. Ha ! I do remember those maypole celebrations we had in school. And also the May baskets we'd take home filled with mostly paper flowers. What fun!

We did MayDay too. I remember playing with my friends eating hotdogs, and drinking tubs of Lemonade.
R