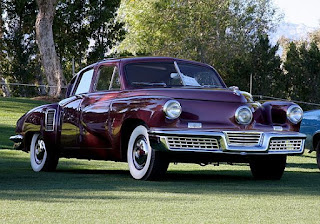 Many invested in the '40s Tucker car (the center headlight moved with the steering wheel)  Below was the sales brochure: 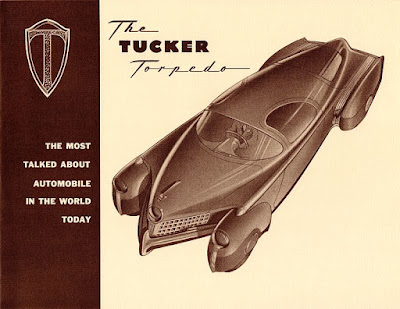 For today:
Sherry & I know nothing of stocks. I have read the Wall Street Journal, or parts of it. I admire and am amazed at people who understand the ‘WORLD MARKET SYSTEM’ and what controls it (remember Alan Greenspan?). Please don’t leave me, take a few seconds to read the following words. Don’t spend time to analyze it unless you can tell me what it means in a few words. From NEWSMAX FINANCE GROUP: 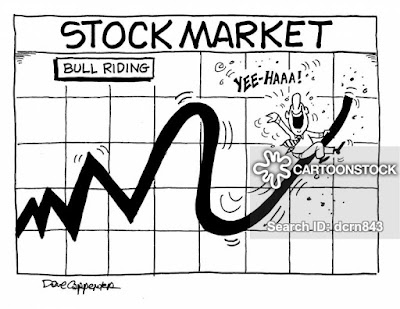 Federal Reserve Chair Jerome Powell reiterated a pledge to “act as appropriate” to keep the U.S. economy humming in a speech on Tuesday that validated expectations that an interest rate cut is on the way,  Reuters reported.


Many Fed officials said at their most recent meeting that their concern over a U.S. trade war and weak inflation “strengthens the case” for “somewhat more” stimulus, Powell said. 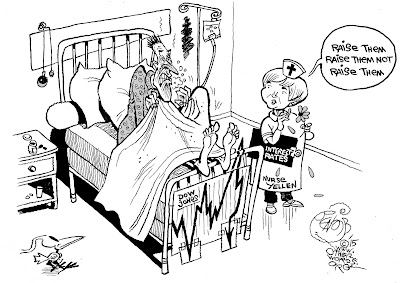 That is GREEK to me. I know it is about interest rates, it does affect my thinking because granddaughter Sherece is hoping to buy a home soon.

We have life insurance thru NY Life, and I know they are backed by investments, but my daddy once told me, ‘Never play the other guy’s game.’

On my first ship I was invited to learn to play ‘Poker’. I knew what cards were, but I had never held a deck, it was a sin (yeah I was raised under a rock). Jack learns slow, but LEARNS. I lost money I could not afford, but as ‘MA’ said in her blog, ‘We learn from our mistakes!”  I never again played poker. 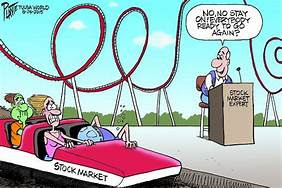 I know dreamers hope to find that stock for $1 a share and like Microsoft, it goes to hundreds$.  Son Mark (who knows nothing of the market) once bought his family a couple thousand$ each in stocks on a broker’s advice. He lost it all. He did learn an expensive lesson like his dad. 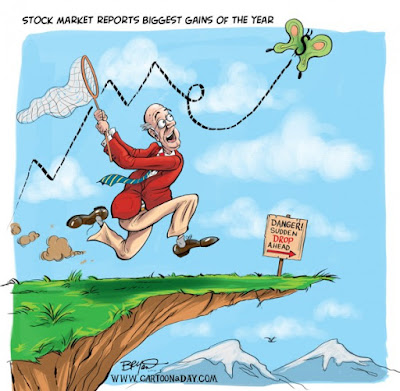 I honestly wish I understood those few paragraphs above, but I know I never will.  I still read the stuff, and have no idea why! 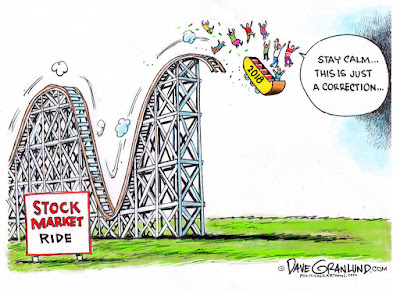 We have bought guaranteed US Bonds, one a month for years. We made the down payment on a home with them.

We gave USBonds as Christmas presents to the grands. If you are an investor in stocks, I hope you make thousands even millions.
Nite Shipslog
Posted by jack69 at 10:25 AM

That was Greek to me too with that paragraph. I'm not good at that type of thing. Don't really have an interest in it, but there are some things I wish I knew in the past. Imagine if available buying stock in Disneyland, Facebook, Amazon when it was reasonable to buy. I always wondered, but haven't looked into it how much a stock of Wal-Mart costs or how much one is for our electric company here, APS. I have toyed with and I just can't do it investing in marijuana growing companies. I hear that is a big payout. I think one day it will be legal federally, some states already have it legal, so its a matter of time and then I'm sure it will be a more booming industry than it is now. But I struggle morally about it.

My former hubby was really smart with regards to the market. Unfortunately, I'm too cautious for my own good. The year we put (what I considered) a sizable lump into his company's stock I was a wreck -- checking the numbers in the paper every stinking morning and twitching like I'd sat on an electric fence if it dropped more than a few cents.
Ah well, Big Business has (and will) made this country what it is today. Best I can do is trust those who know what they're doing … and stay away from the financial pages.

Nick has stock and stuff and tries to explain it to me. Its Greek to me too. I will never understand it or get it.
Cards? I was once punished when daddy found a deck of cards under my bed. I swore they were not mine but he didn't buy it. They were never allowed in the house. Times have changed and we all have cards now. Even daddy.

After Grover passed away I cashed in some bond that we had saved over many years and I was surprised at how much interest they paid. I put the money in savings I'm sure if I had kept them the bonds would have paid more interest, but I wasn't sure if the children could have cashed them it took me half a day signing them. Well it seems like it did. I don't know anything about stock either and don't want to loose my money on it. Take care. Jean

Yes we do learn from our mistakes, thanks for the mention. I know nothing about stocks either. But when I was working my retirement plan was invested and I've got to say it was a shock to see my retirement dollars reduced by 30,000.00 in one year's time. I didn't have any control over it at all as it was provided by my employers. It never did recover the loss, but still I had some retirement $$ and I'm thankful for that.

My college degrees were in business so you could say, I’m full of business. I do know what they are talking about.
The thing is, the more I learned about business, the more I realized I didn’t know squat.
It’s a lot more fun trying to understand people.
R