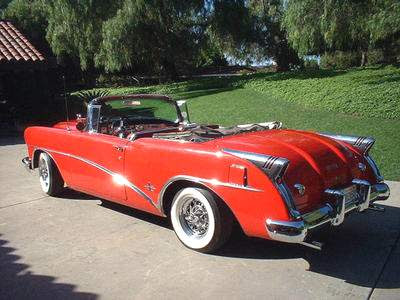 I had to come back after reading Dar’s comment naming my bug a Hercules beetle. As you see below the name is interchangeable in some cases, as below

wikipedia.org/wiki/Rhinoceros_beetle
Rhinoceros beetle, (subfamily Dynastinae), also called elephant beetle, Hercules beetle, or Atlas beetle, any of numerous species of beetles, some of which are among the largest beetles on Earth, named for the impressive hornlike structures on the frontal portions of males.

We here in our household have always been amazed at the wide variety of information that flows from the North Woods where Dar and the ‘Big O’, extended family live. They all are exceptional people who do a lot of living off the land. Farming, fishing and trapping including mama who is OLDER than I and a sweet lady who harvested her fall meat last year, shooting from over 100yds.

That aside (back to insects) I think we all have been amazed watching the little pesky ant carry or drag things much larger than they are. Now I read this about my (dead) bug:


animalcorner.co.uk/animals/rhinoceros-beetle
Rhinoceros beetles are the strongest animals on the planet, proportionally. They can lift up to 850 times their own weight. To put this into perspective, if a human of average height and weight had the strength of the rhinoceros beetle, it would be able to lift a 65 ton object.
I wondered about beetles since I heard the names.

When I found this big dead dude I knew it was Different. But had no idea it would open up a huge learning event, thanks to my friends here in Bloggersville. My thanks to Susan K = Rino, Dar = Hercules, Rick =SW space ship and Don = Volkswagen.

Now Insects aside, Sherece was given a Yellow VW Beetle by parents upon graduation. On our drive down from PA we passed a used car lot with a Yellow Beetle. My comment, “If we had the money to just spend, I would like to buy a Yellow Bug and hold it for Stella (Sherece’s daughter) until she graduated.”

Also the bug entry has uncovered several VW lovers. Remembering thrills in the old VW’s from days gone by. What I remember from my youth was ‘jokes’ about the Beetle, in 1950 who knew it would become popular?  LOL
We never owned a bug, but did have a great VW camper.

Thanks for the bug education! I had a special love for the VW camper vans, too cool :) Have a great day, off to Freedom Ranch Church in the Woods.

Amazing how many bugs/insects there are out there! When I was in 8th grade a group of us girls wanted to go and watch the boys football team play. We fit in 10 of us (11 counting the mom driving) into a VW bug. Nowadays she would have gotten a ticket if caught and probably a call into Family Protective Services for putting our lives into danger but we got there safely and back, a little squished though!

Okay I am truly amazed about beetles. They are the strongest thing alive - wow.

You know what your blog entry reminded me about today - God. I think how amazing to have that many variety of just beetles - let alone everything else HE made.

Wow! These facts remind me of that ant in the sweet old Sinatra song, "High Hopes." There was something on the evening news last week(?) that Volkswagen has decided to discontinue the Beetle. I wonder if 'used' sale prices won't begin to soar?

Nice Post, Interesting the information one gets, I had a VW Van, Customized with stereo, Wine Rack, Bed in the back, 5 speed manual shift, taught my oldest daughter to learn to drive "Stick Shift" !! The Boy somehow already knew how when he was taken out for lessons !
Sitting here with Heat pack on my lower back, took 2 Tylenol 8oo's and relaxing with ice water! Hot and Humid so turned in window air ! Take Care, watch out for "Bugs" ! Love from up North, Gary & Anna Mae

I don't know if I mentioned this on your blog before but my Dad had a black VW bug back in 1960. We loved it and so did he. He never had trouble getting out in the Chicago winters but getting us 6 kids in it was the surprise of the neighborhood! My in-laws had a few VW bugs too but my fav was the blue and white VW van that my mother-in-law had. I always had fun riding around with her. I would love a VW bug convertible...hmmm...maybe one day?

our oldest daughter (with blond hair) had a dream of owning a robin egg blue convertible VW. Sort of a Barbie thing, I am thinking.