Those cars of my younger years
1967 Mustang.... Lee Iaccoca, father of the Mustang just passed away. Did you ever own one? I didn't but sorta wish I had, it was a cool car.

I mentioned in yesterday’s blog about getting the wrong parts from a parts house. Ask any man who has worked on his own car if he was ever given the wrong part. I would bet more than 95% have.

When I retired I spend a lot of time at a local one man parts house. A great guy. Several times customers came back, “Hey Bill these are the wrong brake shoes!” (etc)

“Let me check.” Bill would say. “Crap Tom, that car takes two types, I’m sorry dude, I gave you the wrong ones. Let me get the right ones.”  Sometimes he would give the customer a tube of grease or small can of oil as a freebee.

After a few times I said, “Man that has happened to me more times than I can count.”

“Jack, I wasn’t straight with Tom,” I didn’t have the right shoes for his car, I knew those were wrong. So when he left I ordered the right ones and I would have them when he came back. If I had told him I didn’t have them, he would have driven into town to NAPA and got them. That is terrible, but it is the part’s business.”

I kinda understood, but I did tell him, “Man when you have only one car, and you tear the wheel down and the shoe doesn’t fit, you gotta put it all back together and drive back to get the right ones. I KNOW because I did it. There were times if I knew it was on purpose……..”

We were still friends, but my respect dropped. I was hurt.

But that is not the HURT Imma talking about. Remember a few blogs back I told of unusual/odd signs. Some of you had some good ones. We follow our antique GPS. On US29 we both cracked up, “HURT NEXT TWO EXITS”, 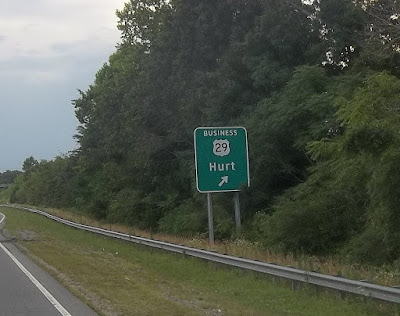 I told Sherry I refused to hurt at any exit today!

Note, Myra, I had to smile remembering the story of the renter naming the baby after your mom!!!!!
Note:
Krekel Custard and Hamburgers has used Chicken Cadillacs as their 'symbol' for years they are up to the '70s Caddy now methinks. (I do not get the connection???)

The banana car? this is a quote:

It had long been the desire of Steve Braithwaite, a native of England now living in America, to be the most ridiculous man in the world. Having a goofy pompadour haircut for many years was simply not enough and so he had to think big. "What sort of car would the most ridiculous man in the world drive" he asked himself one day "I know, a banana car" he answered.
I just collect the car photos.  LOL 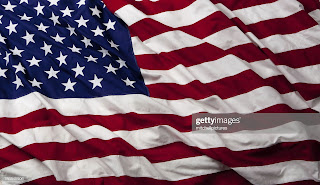 Not sure I would want to live in Hurt, Virginia :) That was interesting about the auto parts salesman and his philosophy. I'm sure that happens in a lot of other businesses too. A bit unethical as you came to realize too. Happy 4th to you and Sherry!

I don't understand why some folks can't just act 'straight-up'?
Now imma wondering if the township of Hurt doesn't sell postcards … "Having a great time, wish you were here." (not!)

Thanks for the shout-out ….. Happy Independence Day!

Yes, my respect would drop a notch or two.

thanks for the car info!! People are strange, make strange cars.

I love your car photos. Love walking through a big vintage car fair. Just had one a few weeks ago! Looking at the dashes to see how much of the original decor remained.

That was a dishonest thing for Bill to do but unfortunately, Im sure it happens a lot. More now than ever.
I work in a business where I hear a lot of dishonest stuff going on and it burns me up.

Hope your having a great time away.
Lisa

Well I don't think that I would want to visit the town of Hurt either. There is enough of that in the world without visiting it. Does make one wonder though, why someone would name their town that. My respect would have fallen too for someone that knowing deceived his customers. Sadly there are a lot that do. Hope you are enjoying your trip. Looking forward to your 5th of July post about the 4th.