Some of my closest friends are Black

That title statement is NOT true. But I do have some good friends who are Black. However in my life I have had several close friends of different nationalities, colors and sizes.
In business some of my best subcontractors have been Black. One is a friend and Pentecostal preacher, good solid young man, Jerry Bridges. In Cuba there was Wayne Hodge, he worked for me and was also my FRIEND in caps. He was out at the house a good bit and the boys enjoyed him. We were also on the same bowling team. Later, he was the only person I ever requested come to work for me again. 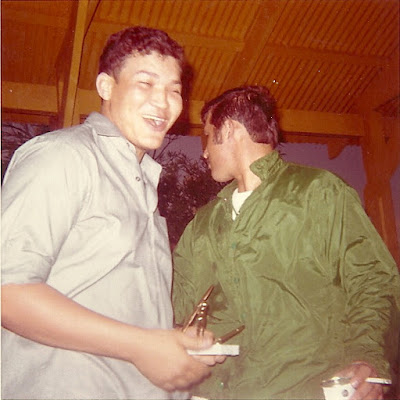 Oh in DC also there was Lois Wright, Seaman. She was a friend and absolutely the best junior that ever worked for me; a single mom and dedicated worker. My son Jack Jr. asked her to marry him and she turned him down. LOL

Ahh, and Denise Friday. She was our banker for a while and a close friend with Shirley. Mr. Friday was also a mason and worked for me at times.

I also met Mr. John Moore (aka Sticky), heavy equipment owner operator, thru work. Some of you may have met him thru my first book, title: STICKY. Sticky has appeared with the rest of the cast of the Larry Wiley Novels.

Oh yes there was Petty Officer Ronald Sikes, Ron was the only militant Black I ever had as a friend. In a conversation once he looked at me, you white people look at my hair and think it feels like steel wool. He had a big neat afro. He said, “Feel my hair!” Hesitantly I did, and to be honest I was surprised how soft and smooth it felt. We laughed. He was easy for me to like.

He invited Sherry and me to a party at his house. Time 9-PM until….   We arrived at 9PM most folk did not show up until about 11-12, by that time this white couple was ready to go home.. Imma tell you I could not keep up with ‘em Black folk, I had to go to bed.  LOL I had one Black Sailor say, “Jack if you was Black just one Saturday night, you would never want to be white again.”
That is ‘some’ of my experience in Black History.
Nite Shipslog
PS: It is hard for many people to fathom, But neither Sherry nor I ever attended school with a Black person and she finished 12 years. The Black kids were bussed right by our school to Reid High. I met and enjoyed Mr. Oscar Reid, even built for him. The school was named in honor of his family.  It is an honor to know him, Denise and Sticky here in town.

Interesting vignettes! You're certainly fortunate to have touched shoulders these folks, Jack. Someday I'll have to have Tom tell you about the all-nighter he and his date experienced at a friend's place down in Chicago's inner-city. For $5 (I think) a little boy offered to sit and watch over his car. Darn if the kid and his car weren't right there waiting the next morning. Good people are everywhere.

I had never ever seen a black person in my white bread county.

When going to college, I developed friendships with black classmates.

Strange how driving 100 miles woke up my brain and understanding.

I have had black friends. I have also had black friends that I never hung around with but would have my back anytime I needed them. I can’t say that much about my white friends. In school, we only had a couple black kids in our class but we never thought of them as any different except the texture of their hair. Haha.

Even growing up in Chicago we didn't have many black kids in our school. Then moving to rural Ohio and the same could be said here. However, my kids have had some wonderful black friends over the years and I have had the pleasure of working with and enjoy the friendship of black folks too. I'm not sure that "black folks" is a proper term anymore! No disrespect intended at all! Have a good week Jack! Oh, and my Jack has hair that would make you wonder who's on his family tree..he sported a 40in. big afro back in the 70's. On a tall white guy it was pretty impressive! Also very soft! Ha!

You have had a great wonderful variety of friends, Jack, no matter what color they may be :) Its neat you have had that experience!

unlike you we had black people in our schools when i was growing up and segregation wasn't something we had to experience. Some of them were good friends and some not, but it wa never about the color. We grew up together.

black history month is important indeed. we all need to recognize the accomplishments of those that have gone before us. my close friend in high school was black. her name was cassandra . i often wonder what happened to her? we lost touch.