My Time Before and After

Continental of the day… 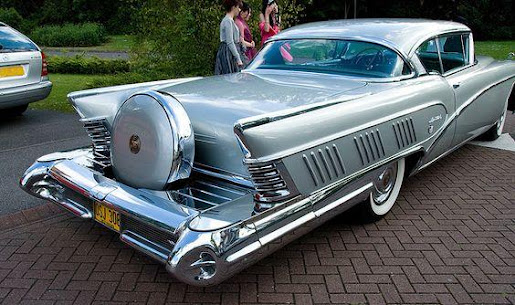 On my mind today:

Allowances, trick or treat and fast food joints were after my youth. Also portable phones except for Dick Tracy. LOL 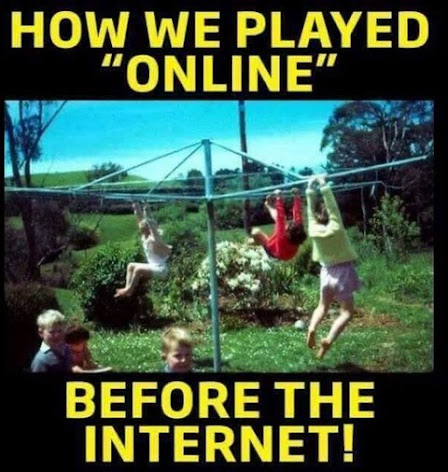 (Those clothes lines came after my childhood!)

Instead of Fast foods there were hang outs, in Valdese it was ‘The Rat Hole’ in Belmont, Sherry said it was ‘The Rendezvous.’

As a kid if I got a 25 cent piece I could go shopping and get two or three little cars or horses @ 5 cents each. I could get a drink and a pack of cheese crackers for ten cents.  It was a Coke or Pepsi (I preferred the Pepsi because it was larger) and at times a pack of salted nuts poured into the bottle neck (Today it's Coke because Grandson Matt works for them, so they are definitely the BEST!)   ;-)

Sneaking a smoke off a ‘butt’ or rabbit tobacco in a corn cob pipe was ‘bad’. THAT holds my worst childhood memory. I lit my pipe with one of mama’s kitchen matches and threw it down thinking it was out. AT 5 yrs old I set a five acre broom-straw field on fire. The entire community gathered to put it out. The only causality was the REAR of the preacher’s kid! 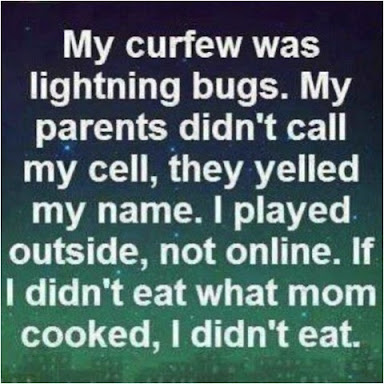 Parents called it spankings, kids called it ‘whippings’, but they did exist, even in school in my childhood. Yes I do know that. MOST kids KNEW if they got a spanking in school, another MIGHT be waiting at home…

Today a Teacher may be even afraid to keep someone after school; if they do a signed letter by the parents would probably be required. 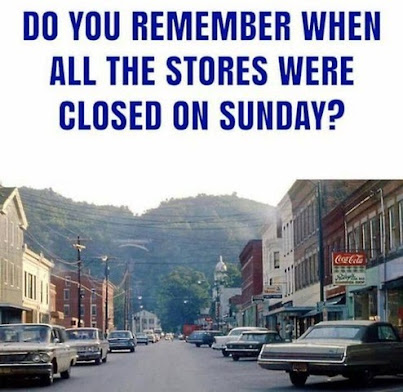 I was alive during WWII, BUT honestly the Roaring 20s were way before my time. LOL  There were a few more things before my time, but I will save the Molasses ‘til later.

PS: Concerning spankings.  I know that many times 'corporal punishment' actually was Child ABUSE, but it was not at my home.....

Witnessing all the 'thens' and 'nows' sometimes it feels I've been alive far longer than 71 years.

Yep, I remember if a business ever opened on Sunday it was frowned on. And don't get me started on the Sunday 'blue laws'! I remember being so cross -- I could buy milk for my baby son, but not the container/bottle. (https://www.dallasnews.com/news/curious-texas/2018/08/29/do-blue-laws-still-exist-in-the-lone-star-state-curious-texas-investigates/)

Too funny about you setting that field on fire! Maybe it was different for boys v. girls, but my parents were always super restrictive where I went, and with who

Oh my goodness with that field fire, Jack! I bet you didn't do that again!! Great memories you always share with us. I do enjoy reading them and remembering a simpler time back then. Hubby and me were just talking about the stores not being open on Sunday and even closing around 6 p.m. on Saturday nights. Nowadays people would go crazy if they couldn't go shopping on a Sunday or late on a Saturday night! Driving around on Christmas, it was funny watching people pull into grocery store parking lots only to realize the stores were closed. People need better preparation I think!

Over here too, life has certainly changed over the years. Only very recently, (some 10 years ago), people used to keep their house doors open not locked. Or some used to keep a spare key under a stone by the front door. Now ... ... ... Churches are always locked when not in use. It is the devil's greatest triumph when we got lo lock our churches.

When I see someone's blog, I really like it.
Casino Online

I'm not that old but I remember when liquor stores were closed on Sundays, stores were closed on Thanksgiving and Christmas, the TV stations went black at midnight, we couldn't take our phone with us, unless we ripped it off the wall and we never ever talked back to our teachers. Oh how times have changed.

I do indeed remember when stores, all stores were closed on Sundays. Those were the days, my friend. a day of rest was sacred.

Yes I remember when stores were closed on Sundays and us kiddos were outside more than in! Heck, we only had 3 channels on the TV and it was much more fun outside with our friends. We did have McDonalds when I was little. I lived where the headquarters of McD was located. About once a month we would get McDonalds but usually on Fridays and back then as a Catholic girl you could only eat fish. I learned to love the fish sandwich! Times have changed. Some things are probably better or easier but I'm sure glad I grew up when kids could be kids and life in memory sure seemed sweeter.

If only time could go back enough for todays kids to be kids playing outside til late catching lightening bugs and playing a daring game of hide and seek in the dark.....oh, those were the days. I'm so grateful my grandloves all know what that feels like. Not so sure about the Continentals bumper style. Not for me but maybe for the prom queen to ride on...lol. Never play with matches.! Just sayin! I'm glad no one was hurt except maybe your hiney
loven'hugs from up north where we are still in a deep freeze.....brrrrr and the furnace fan went out so more maintenance for my man.

Oh my how times have changed. I spanked my children and I got spanked when I was a child but never once that ought of it as child abuse. We usually deserved what we got and we never did that thing that we got spanked for again. Sometimes a bit of fear is a good thing. I'd walk by a store on my way to school that had penny candy, and often stopped by there to spend the few pennies I had. It was treat for sure. You've bright back some good memories for today !