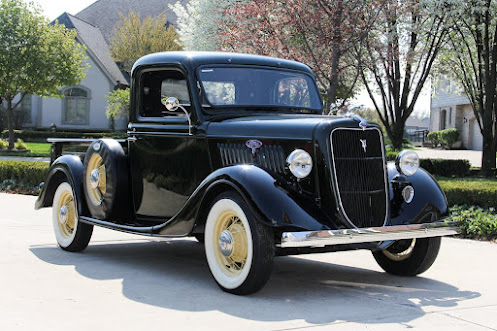 (Posting a little early, headed over to check our mail)

Some things are hard to explain. How do you explain the look on a chocolate lover’s face when you say, “Chocolate is not bad, but why would you choose that over Butter Pecan?”

“There are times you wish you could skip the children part, and start with Grand children!”   You must be privy to both to understand that statement!!

I do smile though, when I remember the proud, glowing look on Jack Jr’s face as he talked about his grand kids, then I knew he was NOT thinking when he said to ME, “But Dad you don’t understand!”  ;-)

There are things that are just GRAND.  And Grandchildren are just that, ‘GRAND!’  But then, like most grandparents, “OURS ARE THE BEST!”

I know it is hard for everyone to have the BEST, but some things in life, lots of people can have the BEST, such as children, Grandchildren and mothers! 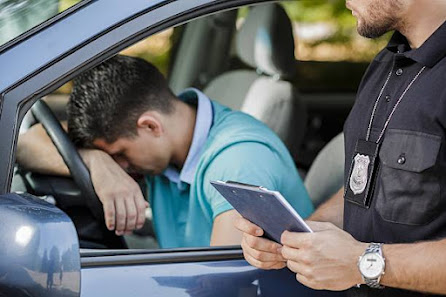 Now have you ever gotten a traffic ticket?  I have had a few. Sherry on the other hand has had a heavy foot in her life time.  There was a time when she drove a lot that if there was a car in front of her she just had to catch up and pass.  That was mostly on two lane roads. She would have made a good NASCAR driver.  She is a competitive person.

Strange because she has received only one ticket and it was a warning.  She was doing 18 in a 15 mph zone on the War College campus in Norfolk. 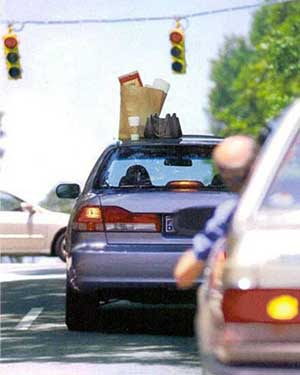 That reminds me that when we lived in Norfolk, VA,  Transistor radios were becoming popular. I paid $20 for one. WE used it at the beach and when leaving I left it on the  hood of our car. Up close to the wipers. I over looked it somehow. It stayed there all the way to the turn off to our trailer, and then I saw it slide off the hood and break into many pieces. 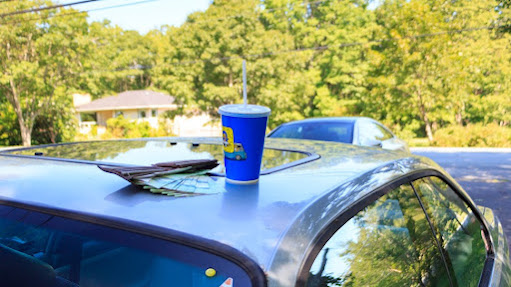 Have you ever left anything on the hood or roof of the car and drive off with it there? 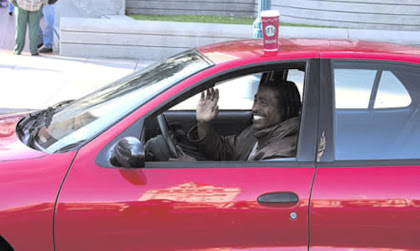 (Also about Coffee houses in the UK. I mentioned in my last blog wondering. I just finished one of  Victor's books in it Father Ignatius met someone in a Coffee house for TEA! ;-)

PS: Okay Lisa, we did smile at your MO_LASSES comment!

Okay, I've no idea WHY ... but I'm astonished that Sherry seems to have a 'lead foot.' That's pretty cute how she charmed her way into getting only a warning!

I've had two tickets in my life -- both traumatic. (For me -- the goodie Girl Scout, anyway.) The first, he got me for slowing at a flashing RR crossing, looking both ways then going through before the arms came down. The second seriously a case of mistaken identity (that) I took all the way to Court -- to no avail. I wrote about that here:
https://mevely317.blogspot.com/2008/10/as-we-forgive-those-who-trespass.html


PS - I vote for the Butter Pecan, but Tom would probably say Chocolate.

I'd always choose chocolate over butter pecan! And I don't care what my face would look like if someone asked me that question, lol :) I'd probably say "why not?"

No tickets here for me. Just a couple for hubby and not for a long time. I think sometimes its the car you drive that may get you a ticket or not. Son told us one time when he was in his youth (like under 21 years old), he was driving my van to go and see his girlfriend. He said he was going about 80 in a 65 zone and he saw several police but no one ever stopped him. He figured they probably thought it was just a "soccer mom" and probably wasn't clocking how fast he was going :)

Everyone's grands are always the best I do believe!

First of all, thank you so much, Jack, for your very kind and generous AMAZON Review of my book "Don't Let The Devil Win". You are very kind to me.

I post here a link to your review should your readers wish to see it.
https://www.amazon.com/Dont-Let-Devil-Victor-Moubarak/dp/B0863RTBYN/ref=sr_1_1?qid=1643369595&refinements=p_27%3AVictor+S+E+Moubarak&s=books&sr=1-1&text=Victor+S+E+Moubarak

As for leaving things on the hood of the car. Yes, I once had my mother-in-law on top of the car roof. She was still hanging there when we arrived home. I thought I'd left her at the supermarket when I drove off at speed.

I can usually tell when she's home by the broomstick in the porch.

God bless you and Sherry and your family.

LOL- i have left a cup of soda on my roof and driven off. Sure makes a person feel stupid!
You are wrong about one thing- WE have THE BEST grandkids----YES.WE.DO!
Have a wonderful Friday with your heavy-footed sweetheart. xo Diana

Our GRANDkids are the best. The nicest thing is we can visit with them and go home, but are not responsible for raising them. That was the hardest thing being a parent, I loved being a mom and I think all of my kids are the BEST too. What would we ever do and talk about if not for them!

Grandloves are the BEST !!!!, even a dozen of them.! Every single one of them is as unique as their parents. We love them all to the moon and back. I got a good laugh at Victor's MIL comment. So funny...the broomstick on the porch, I couldn't stop laughing. Sherry with a heavy foot? Never ! LOL You go girl.
loven'hugs from up north where it's finally warmed up to 20 and that's above zero instead of below. Have a great and warm weekend.