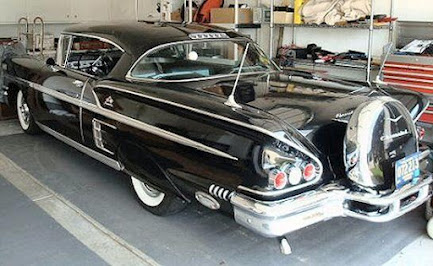 1958 Chevy, The only NEW car we ever test drove (we couldn't have made the down payment! LOL)
For today:

The Red Cross has 500,000 volunteers worldwide. They are mostly just plain working folks. SO I thought, well the folks who lead this outfit are Rich folk who do not need the money, they volunteer for such jobs for free. Imagine my shock when I read that Elizabeth Dole was making 700-800K a year to head the outfit.  Now Gail McGovern is now the head with a salary of $700+. They do good in times of huge natural disasters.

I spent a lot of time in the military. I am honest when I say, I heard very little good said about the Red Cross.  Mostly from men on emergency leave etc. I never had dealings with the outfit personally.

PLEASE do not take this wrong. I do not envy nor begrudge the salary.  It is that I was ‘ignorant’ of that fact and on my level of thinking, just thought rich folks volunteered like poor folks.  Surely some do.

Sherry & I knew Bill Morris. Ever heard of him? He was the illegitimate #2 son of the famous W.C. Fields.  Well known and liked in our area. He volunteered at the local hospital until he died in his 90s. 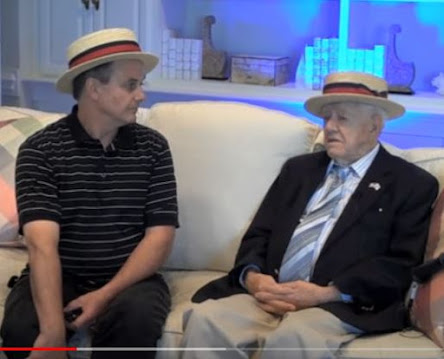 Picture of Bill at an interview when 94 yrs old.

Other things that shocked me:

1. Pay to Play in the UN. Just lately heard that Seoul Korea paid Iran’s membership dues in the UN for the past two years, a paltry sum of $16.4 million. Supposedly you cannot vote in the UN if your fees are in arrears. WHAT? The USA owes 2 Billion$ to the UN at present.(Are we an exception?)

2, Goodwill boss? Nice, yearly salary $598,300 with additional expense compensation of $118,927.  Very smart person with his merchandise stock being donations. Not fussing again, I buy at Goodwill at times. It is just things of which I have been ignorant.

3.   Salaries.. Did you know by law our forefathers demanded the president take a salary? Only 3 have given their salary away: Woodrow Wilson, JFK and Trump. At least 9 presidents lived off the salary, Truman being the poorest. The rest were wealthy. I smiled when I learned that Truman drove his car home to Missouri when leaving office.  A President is not allowed to drive in or out of office at present.  LBJ was the last president to drive on a public highway! 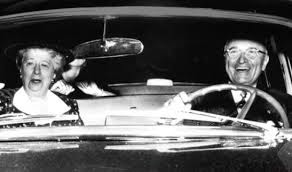 Yep I am ignorant of a lot of things. Ignorance and Stupidity are two different things. (Most of the time). LOL

PS: At times ignorance is Bliss, except when you don't see the train a-coming!

Our country couldn't exist with out the volunteers. I can only say good about them, rich or poor. When I was younger I used to volunteer a lot, working with the youth. It is very rewarding in things that aren't monetary. Now a days not so much at all. The salaries of those heads of those groups seems to be higher than they should be considering they are non profit. But I suppose it takes a lot to run organizations like that that I am very thankful for. I have both given a lot of merchandise to them and also bought a few items. We need to remember that what we give always comes back abundantly.

I learnt quite a lot from this post today. It is amazing how many things we don't know, or perhaps take for granted.

Thank you Jack for your time in writing interesting posts here. I like your car collections too.

God bless you and Sherry.

Hard to understand why people get paid so much for so little. A School Superintendent was in the paper for 'earning' $700K.

Truman was respected for his toughness, truthfulness, and character.

If my mother were still living, no doubt she'd have shook her head and said, "That's just wicked." Yep.
I've no first-hand knowledge -- but you know that old saying, "If it walks like a duck, acts like a duck and quacks like a duck ...."
Again, I've no first-hand knowledge but know a couple people who have nothing good to say about the American Red Cross. Sad, that all's not what it seems. These days my charitable giving extends to local animal shelters and the Food Pantry. No guilt.

I read somewhere a few years back that out of donations people give to various causes, roughly only 12% actually goes to help the cause and the rest is administrative costs, etc. I can see that with the Red Cross and Goodwill with what their CEO's make. I used to enjoy giving to Goodwill with donations and buying from them, but lately (at least here) they have raised their prices so much it is almost cheaper to get a new item from Wal-Mart than to buy a secondhand one from Goodwill. So now we give to Savers and shop at Savers which benefits Big Brothers and Big Sisters.

I wish I had thought of taking other's junk for free and selling it. Wait, you can actually do that at Spring cleanup time in town. Folks drive all over the town going through people's stuff left for the landfill. As long as they don't make a big mess of it I'm all for it. I volunteered as a teenager at the hospital near me as a Candy Striper. Not stripper which my friend who volunteered with me accidentally put on her resume for a job.

I'm stunned. Jack, you made me so aware of things I had no clue being what these resale places make for their administration...it's horrifying actually. I used to donate to St Vinnies, Goodwill too...Now I think I'll resell myself, even as much work it is. What doesn't sell can go to the trash or burn pile. It's a crying shame. Thanks for the heads-up on another issue that's defacing our country.
loven' hugs from our very cold north

CEO salaries have gotten ridiculous. No one is worth a billion dollars -- and the number of billionaires in American is rising significantly. I have suspicions that this inflation is caused by business's taking advantage of the Pandemic to raise prices. Most of us are ignorant about CEO salaries, while the measly minimum wage is hotly debated.