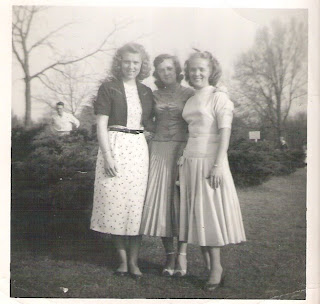 Lennie, Sherry and Collette the Three Sisters I married. (Marry one you get them all was the saying) I think that is Sonny in the back ground, Married to Collette. 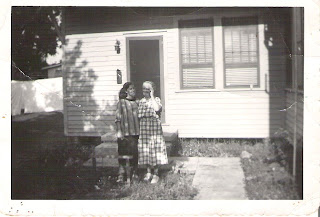 Sherry and Her mother, Susie, who came to Biloxi, Miss when Jack was born. Great time dome funny stories. 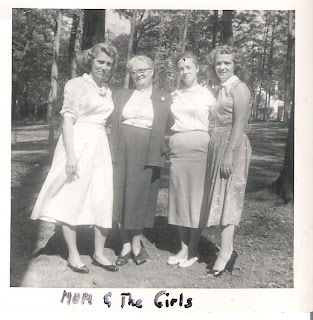 I Just finished Robert Parker’s ‘Perish Twice’. It is one of his ‘Sunny Randall spoofs. Sunny is a lady detective. If you do not know, Robert is the originator/author of the ‘Spenser’ series. Remember the TV program from Boston, ‘Spenser for Hire’. I liked the series but always wondered what happened to the Bahston accents in the series.

I also Perused Robert McNamara’s book, did not read it all. Gave a lot of insight (IN hind sight) about Viet Nam. I got a little sick, really, reading the book. After the war was lost, he looked back and said you know we were wrong, we should have pulled years before at the time of President Diem’s assassination. (I can appreciate someone being honest about his mistakes, but it doesn't FIX anything.) He was right of course, but we pay men in that position to make better decisions where lives are at stake. To make the better decisions when they are needed not in hind sight.
(I mentioned long time ago I thought about anyone could make a great president it he picked the right advisors, 'cause HE cannot know it all!)

WE have historical records of Presidents making TOUGH decisions, and facing criticism. Two come to mind, Truman firing MacArthur for one. He was right, but took a lot of licks. Mac wanted to continue the war on into China through North Korea and President Truman was suing for peace. You cannot have a General tell a President what to do.
More recent history; When we went in against Saddam in Kuwait. Then President Bush, once Iraqi troops were out of Kuwait, said pull out. ME AND HUNDREDS of other folks said, GO ON TO BAGDAD! He did not listen to us. HE WAS CORRECT! He listened to the right advisors, in my opinion. He took a lot of hits at the time, but he stuck to his guns. There are enough folks to tell you that President G.W. Bush was wrong in his policies, so I won’t venture there. I thought he was right to topple Saddam.
I do know one thing, Thank God, we have not had anything close to the terrible acts of 9/11 repeated.
I believe Egypt is the most progressive of the Arab nations, but I do not see any other Arab Nation even close to a possibility of a Democracy.
Thanks for coming by the log.
Nite Shipslog.
PS:
THINGS YOU SHOULD KNOW BUT MIGHT NOT!
11. Chocolate affects a dog's heart and nervous system; a few ounces will kill a small sized dog
12. Orcas (killer whales) kill sharks by torpedoing up into the shark'sstomach from underneath, causing the shark to explode.
13. Most lipstick c/05/03ontains fish scales (eeww).
14. Donald Duck comics were banned from Finland
because he doesn't wear pants.
15. Ketchup was sold in the 1830's as medicine.
Posted by jack69 at 12:07 PM

Love the pictures of Mrs. Harris and the girls.
I will vote for you to help the President make some of his decisions. I will ever pay for you airline ticket. Now read up on all the material
you will need. Want you to be up-to-date on
all subjects.

See I not the only one pulling out old pictures!lol love them!!! I agree with you about President Bush and He is not a bad a president as people are making out! Have a great day!

Love the old pictures, thanks for sharing. Anyone who becomes President has their hands full. I wouldn't want to be in their place making all those decisions. Sounds like Shirl has alot of confidence in you being an advisor, she must trust you pretty far to offer to pay for your airline ticket. I'm just glad that none of ya'll and I hope nobody ya'll know were on the plane that went in the river today enroute to Charlotte, NC.

PS: The first entry on my dashboard when I got on the computer was Woody's, he's not feeling well at all. Thought you might want to know. I have problems leaving comments on his blog but tonight it finally let me after two tries.

Are you against lipstick? I always enjoy looking at old pictures.

Love the old pictures....thanks for sharing...

I am freezing! It was 0 this morning..not sure what the low is for tonight..but we are suppose to get back up in the 30's tomorrow...woowhooo it's gonna be a heatwave...lol