(PLEASE CHECK THE NEXT ENTRY FOR A THREAD FOR A CLIP OF 'BILL IRWIN' AS HE HIKES THE APPALACHIAN TRAIL!) 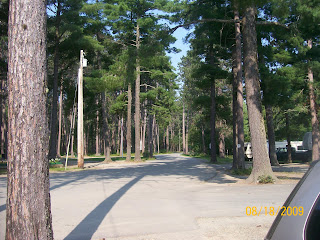 This is Cathedral Pines Campground. We are in Eustis, Maine. Maine is known as the 'Pine Tree State'. We have been to Maine many times, this is the first time I knew it's nick name. White Pines are their main product. It is hard to believe that 90% of this state is wooded. These are beautiful trees. Most of the jobs in the areas we have been are derived from Wood and it's harvesting and processing. They have been havesting these trees since the 1700's and replanting them. Builders love white pine. It is the one material in building that replenishes itself. 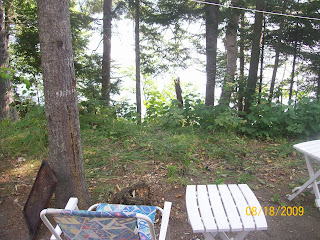 The view of Flagstaff lake from the rear of our motorhome. We cannot get to the shore for the trees. 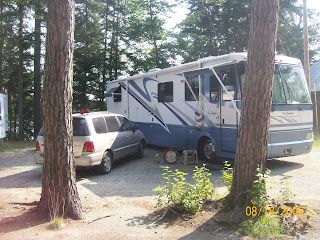 This is our home for another day or two, then we head back into the sticks. 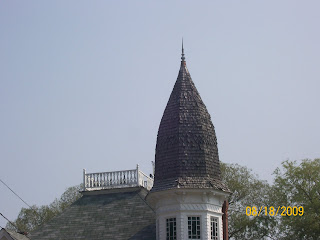 This is the most unique shaped dome I have seen in new England. There are many domes up here. I do not know why. Notice this one bulges a little. I know the bannistered area on top is the 'Widow's Walk', Taken from the sea side style of building where Ships Captains lived. The Walk was a place for the wife to climb to and look out to sea to see when her husband's ship was headedd for port. Since there is no sea here well?????? 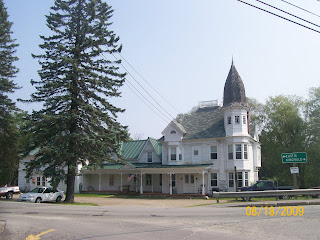 The above dome from a distance. 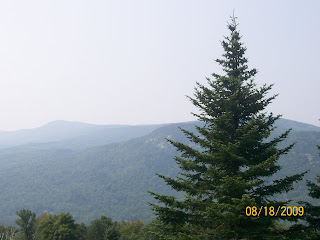 Now to the trail today. I love the Pine in the fore ground with the mountains in the background. 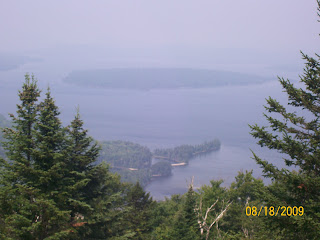 Very hazy today, this is the Andorscoggin Watershed. It produces five BILLION Gallons of water a day and sends them South. 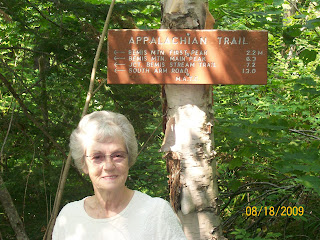 My Girl under the direction sign on the trail. Today We went straight up and straight down. This was a good climb, but steep. 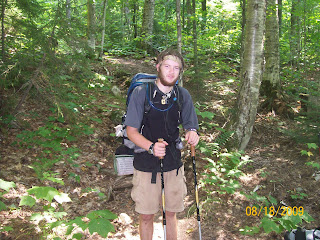 The first guy we met was 'Torch', He has 'Flip Flopped'. Meaning he had split his thru hike. He hiked from Georgia to Damascus Virginia. Then he went to the Northern End at katahdin and started South. He is from Indiana. 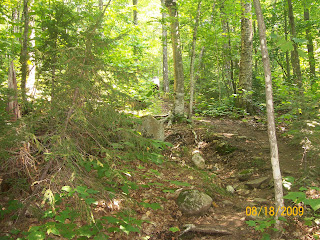 You can barely see my girl ahead this is practically straight up. she is on a Root Climb. HA! 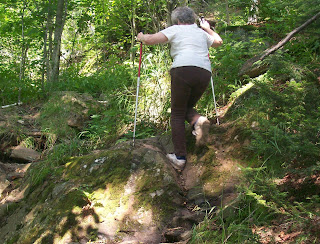 She got to some rocks, the question now is where can I put my foot. yesterday she saw two snakes, today, she did not see a one. She was disappointed. ha! 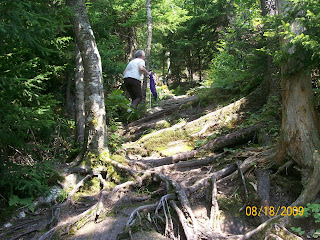 I am catching up with her. the root ladder has slowed her down. 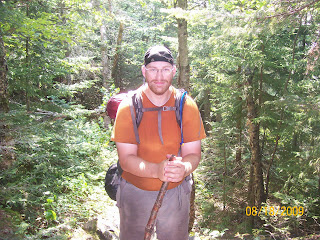 Then we ran into another SOBO (South Bounder). This is 'Trail Blazer'. He started at Katahdin.
This is real late to start, but he hopes to walk to his home in Georgia, about 1900 miles from where he stands. He hopes to be there by Christmas. 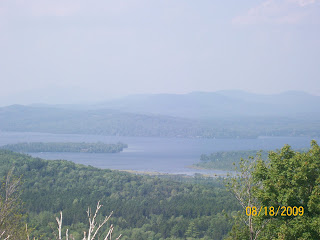 This is lake Rangely, on the opposite side of the Mountain from the Androscoggin water shed, of course it is the same chain of lakes winding around the mountains. This winds up our hike. Except: There was an announcement taped to a tree, announcing 'Bill Irwin' the blind man who hiked the trail in 1990, was speaking (last week) at a church in Rangely. Friends , 'the Fletchers' gave us the recorded book of his walk. We hope to get up with him if he is on a tour here in New England. Okay the ride home...... (I mistakenly used the name Bob instead of Bill for Mr. Irwin. When I first made this hurried entry, Sorry about that folks.) 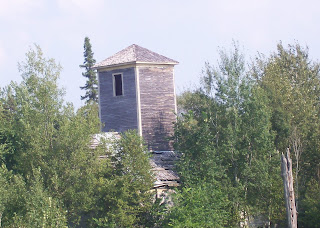 What is this?? It has been buggin me. It is delapodated, falling in, and being ignored. It is miles from a community. Was it a church? or somekind of business? It is pretty far off the road. I feel like Paula and the Columns on the Ranch in Texas, What are they? 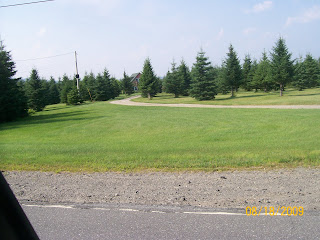 Okay, I took this picture for all you neatnics. This is miles from anywhere. the lawn is manicured around these beautiful trees. And yes, i will admit, I thought it was beautiful also. 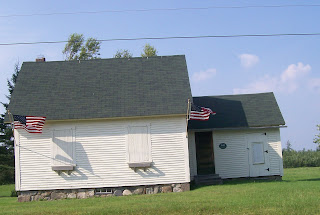 This is an old historical building in the same area. A one room school house from a plantation.
I did not know they had plantations up here!! BUT I KNEW what this lady was! 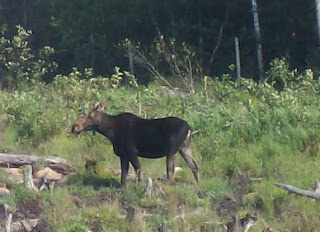 I said, "did you see that moose back there?"
"NO!" she said, "Go Back." So I did. I have found one thing Moose are not like deer. They could care less if youare around or not, they are going to eat until they get ready to move. She did look over at us. Sherry kept telling her to raise her head and she did. It must be a woman thing. HA!
Thanks for coming this way.
Nite Shipslog
PS:
A man goes to a shrink and says, “Doctor, my wife is unfaithful to me. Every evening, she goes to Larry's bar and picks up men. In fact, she goes with anybody who asks her! I'm going crazy.. What do you think I should do?”
“Relax,” says the Doctor, “take a deep breath and calm down. Now, tell me, exactly where is Larry's bar?”
***************
Loyalty, Men vs Women
A man's wife stays out all night and tells her husband she spent the night with a friend. He calls five friends, none saw her last night. Must be someone else.
Wife's husband stays out all night and tells his wife he spent the night with a friend. she calls his friends. Three say yes he spent the night with them. TWo said yes he spent the night and just left.
Men are like dogs, they are loyal. Maybe another comparison would be good. LOL

Breathtaking photos. Some buildings look older than me and that is old.!!! OK OK enough roaring, so they are not wrinkled, they may have a lose board or 2. Sherry looks great under that sign. In my eyes that is a really good picture of you, Sherry.

oh my gosh, the beauty of it all!! I loved that house, would love to see how it looked inside. oh sure, I bet Sherry was sooooo disappointed seeing no snakes....I can send her a few from our backyard if you will pick up the Fed-Ex package :)

that moose was cute too! and wow, 90% of the state is wooded; amazing!!

be safe and take care!

Great pics. What is the temperature there? Take care, Sheila

Thank you for taking me on this ongoing impressive adventure of you two. Reading about those 90 per cent left me a bit out of words...thank you for that as well. Wish you an ongoing safe trip.