First: I asked if anyone knew anything special about the two buildings, Wynn & Encore. I was wrong in pointing to them. I was thinking of the Vdara: 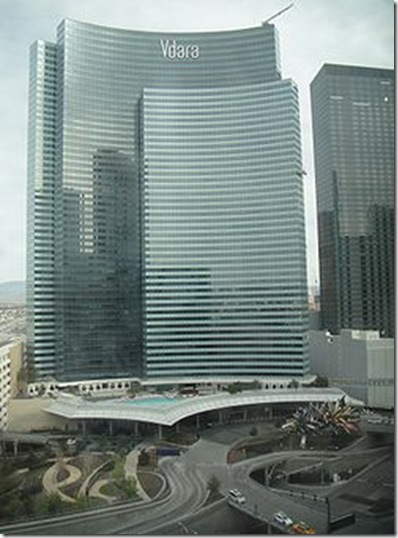 The building is concave and when the sun hit it, it reflected ‘death rays’ (as the papers put it) and severely burned people around the pool. Much like using a magnifying glass to start a fire. Of course the problem is now corrected.

I have observed many folk in my life and some seem to be naturally lucky at gambling,games and/or sports.  Me? At the age of 17, aboard the USS Vermillion, some old Salts offered to teach me to play poker. I lost my shirt big time. The lesson was worth it, I have not gambled since, except to buy a lottery ticket. I try to buy a lottery ticket in every state we go in that has a lottery.  I once won $80 in Yuma, AZ. That is the most I have won.

I knew a sailor, Ed Metz, who seemed to win at every thing he played. I  watched him play poker, shoot craps and a Navy game using 3 dice called: Ship, Capt and crew. The object (If I remember) is to throw the dice (usually from a cup or shot glass) and have them in sequence 1-2-3,  2-3-4, 4-5-6 etc.  He was a consistent winner.

I have made money in logical business decisions and some have been lucky, but I am a loser at gambling for money. I said I had never gambled since I was 17, that is not exactly true. I have wagered small amounts in slot machines. I have won, but mostly lost.

Once on a Ferry from Bar Harbor to Nova Scotia I won $37 after investing $3. It was a new slot machine that has a lot of lights, no lever to pull, you push buttons. It doesn’t pay out until you ask. I did not know that. I started to leave the machine and a light was flashing, I pressed it and millions of quarters came out, well not millions, but 148 of them did.  LOL so either I won or the guy before me did, not know about the blinking light. LOL.

Barbara Walters was interviewing a Billionaire once, she said, “You must have had a lot of luck to go from poverty to Billions, didn’t you?”

He smiled and answered, “Barbara, I have found that if you work 16-20 hours a day 7 days a week, you eventually have some ‘LUCK’.”

Well I did work 60-80 hours a week, I did not become a billionaire, but I was rewarded. Those vacations others talked about, we only thought about. Now We are on a permanent Vacation. LOL.

So, ARE you lucky?

I am fortunate (lucky) to have good health. Being deaf is a hindrance, but not the end of the world. So over all, working hard or being lucky, the end results is how you handle your winnings. Thank goodness we parlayed it into a good life. We can live like millionaires (ON MUCH LESS). 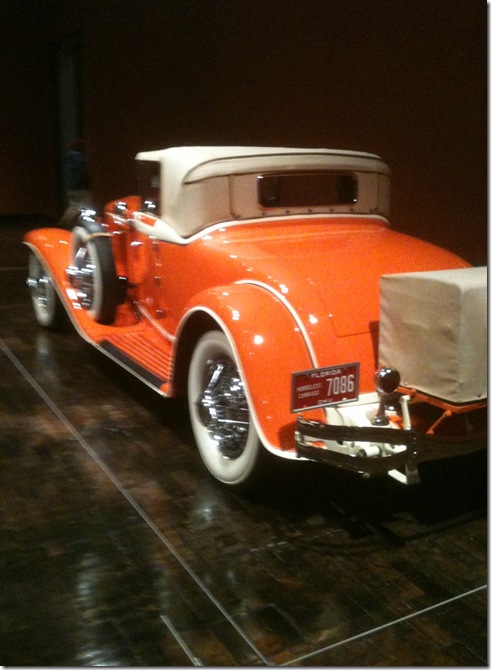 I found this neat dude on Sonya’s Back porch. I love it. Thanks Sonya. 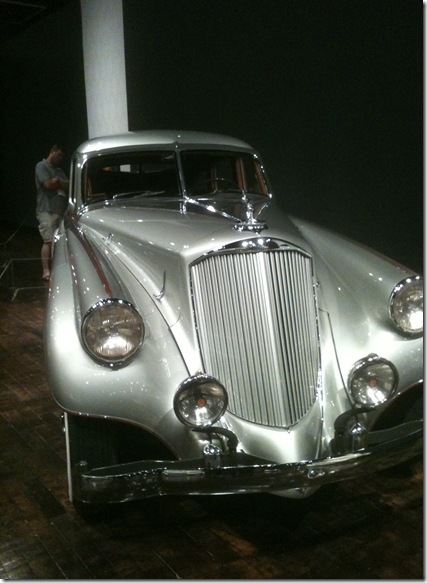 This one too!  Look at that hood ornament!

Scary thought that the building could cause you to be severely burned. Glad they fixed the problem.

I've been thinking that if you have spent only $1 in each state you have visited to buy a lottery ticket and you won $80 in AZ, you are ahead of the game (stipulating that you only buy one per state per year. :)) )
So glad that you and Sherry are having a wonderful time traveling together. After all the work you have done through the years, it couldn't happen to two nicer people...travel and enjoy to the max!
Hugs and love from South Jawja.
Jackie

Father always said, "Lucky is as Lucky does", I consider myself lucky, I do every morning I wake up, open my eyes and know I am on the right side of the sod !!!
Nice pictures!!!
You 2 enjoy yourselves as usual!
take care,
Gary

Great share, Jack!!!
Makes me recall a Las Vegas excursion Tom and I made a couple years ago. It had been decades since either of us had visited ... so imagine our embarrassment when we realized his dop bag of quarters -- so carefully cultivated over the preceding months -- were USEless!
Wasn't long before I grew bored, and informed Tom I could have just as much fun at home, tossing dollar bills in the toilet and pushing the flush mechanism!

I loved that millionaire's response to Ms. Walters! For the most part, I like her (BW), but can't understand why journalists ask the most moronic questions sometimes. (Ohhh, don't get me started!)

So glad to be able to tag along with y'all, albeit via cyber space. Stay safe out there!

I think I will start buying lottery
ticket I forget when I am at the Store.

I have also worked hard and it has
paid off. I'm in good health and
comfortable. I never mind hard
work. Happy Trails to you both.

I think that is true - we are so afraid of a little hard work - I mean what is wrong with a little work - I like to work I get satisfaction from it.

I have tried the lottery. Just a little - never really made anything.

Those building burnt people - oops about that.

If they still had the lever to pull and the money clangs hard down on the metal making lots of noise I might like to gamble more. John used to be a lucky gambler but at some point he quit but I don't know why.

I'm not very lucky at all but I am blessed and if I had my choice I'd choose the later. For me buying a lottery ticket now and then is as far as my gambling goes. Never won much at all. I can imagine there is plenty to see there. Hope you are enjoying your visit.

Ok, I will tell you my great experience at gambling. I had a layover in Las Vegas but was afraid to leave the terminal for fear I would miss my bus home. I had a nickle and I was standing at this little machine that looked almost like a gum ball machine and it would take nickles. I lost that nickel and never gambled again.