Our 4th of July

We took a trip Across lake Armistad on Hwy Part of the lake is in Mexico and part in the USA. 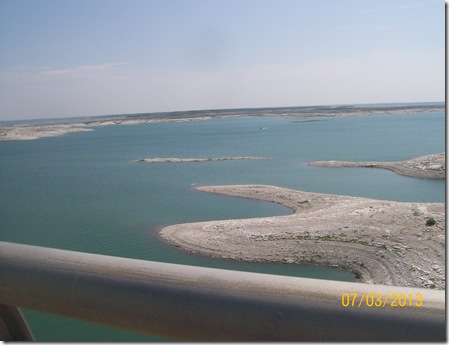 To the Pecos River…. 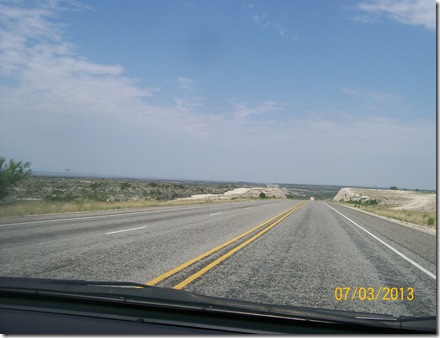 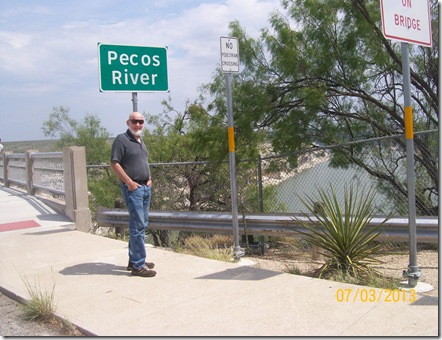 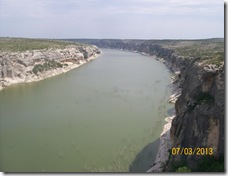 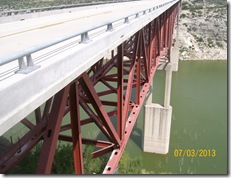 If you are a Western Fan you will remember that Judge Roy Bean was the “Law West of the Pecos. 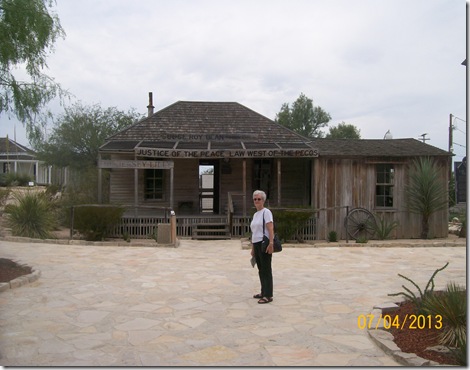 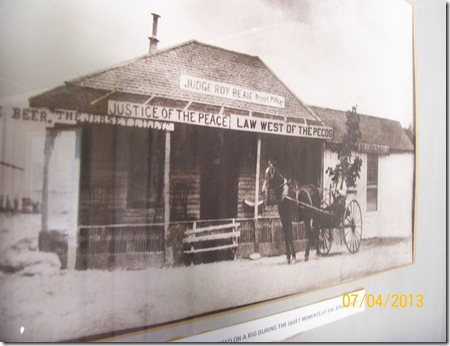 Inside I saw these boots and immediately thought of our own cowgirl Paula who plants flowers in boots. 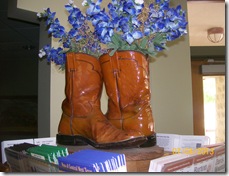 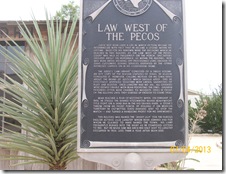 Inside the bar where the Judge meted out Justice. 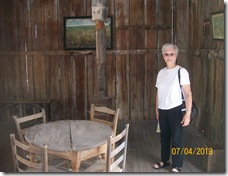 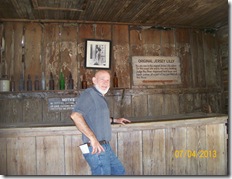 Outside is a showing of many plants native to Texas: 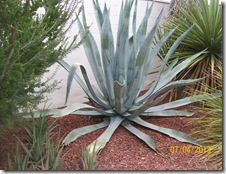 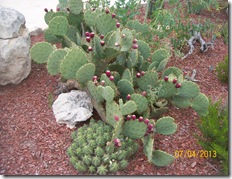 The one upper right is the Pear Cactus. Paula talks about John Burning pear (burns the stickers off) so his cows can eat them. 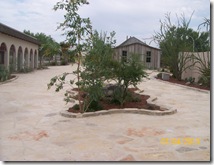 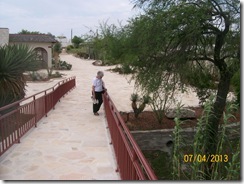 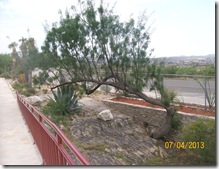 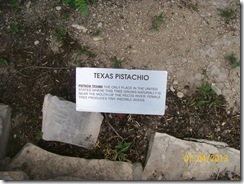 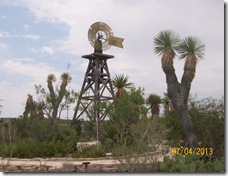 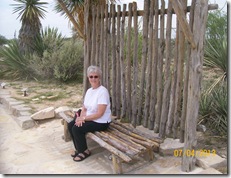 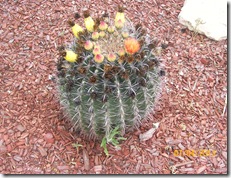 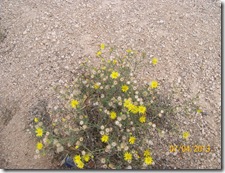 Out back is beautifully set with a working windmill and benches to rest.

Judge Bean was not a squeaky clean guy, like a lot of western men. He was locked up once in California for dueling. But he escaped by digging out the mortar between the bricks using implements smuggled in by his man lady friends.

He was also hanged once, but the men hanging him left him on his horse with the noose around his neck, hoping to give him plenty of time to think of his wrong doings until his horse spooked. Again he was saved by a girl friend who had hidden in the wood. This was also in California.

He migrated back to Del Rio, then past the Pecos and opened a saloon.  Being a business man, he was appointed Judge by a district judge.  He was known as the hanging judge but only actually sentenced two men to hang and one escaped.

Since he had no jail, all offences were fine offenses and usually the find was the amount of money the criminal was carrying at the time.

He performed marriages and was known to end each ceremony with: “AND MAY GOD HAVE MERCY ON YOUR SOULS”.

This post is  late, We are High in the New Mexico mountains in Bloomfield. We came thru Albuquerque today. Problems with the motor home put us in late. My friend Buddy came over and we spent the even telling stories and lying. LOL

thanks for being patient I will get to the comments and e-mails soon (I hope). 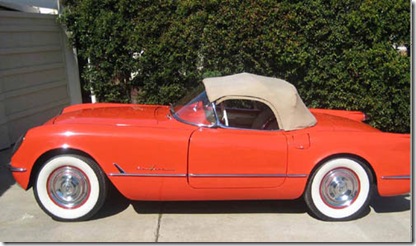 Popular cars when Buddy and I were teen agers.

BTW: Tonight something came up about being the boss in the family. He had to ask his wife was he hen pecked, she said, No, but you had better be nice tonight!

So he said he wasn’t hen-pecked.

Once again I enjoyed all the pictures. The river and the cactus plants blooming were beautiful. Sorry you are having some problems, Hopefully they are fixable. Meanwhile it sounds like you have friends there to help and keep you company. Hope you all have a wonderful Sunday.

Glad you made it..I know you and
Buddy had fun talking about old times as teenagers. Beautiful
pictures of the sights you see
along the way.

Wonderful entry Jack, I love the pics of Pecos and Sherry looked like she was enjoying the beautiful scenery. I hope you enjoy your visit with Buddy and safe travels!

I didn't know all that or any of that - again another wonderful history lesson. How did I miss all that. It sure does look like the old west there. He had a girlfriend that saved him from hanging and some in the jail? He was amazing - may God have mercy on his soul - lol.
sandie

Great post Jack...your comment about someone burning the stickers off the cactus so their cows could eat them reminded me of when Don and I lived at Voyager RV Resort (east of Tucson, right off I-10). Our RV was on the back row so the perimeter fence was right behind us...on the other side of the fence was free range for the cattle...one day I watched a huge long horned bull wrap his tongue around a cactus pad spines and all and then chew it up...I couldn't believe my eyes...I still can't!!!

What a beautiful area. Hope the motor home gets fixed quickly so you can continue on.

Seems I remember a movie about Judge Roy Bean that starred Paul Newman...!? But I didn't know all that about him, add to your list of trades...history teacher. :-) Hope the motor home is okay. Hugs from NC, Sheila

Glad to hear you two are okay and having a good time. Hope the problems are not too difficult to get fixed.

Great looking '55 Dodge convertible!
«Louis» was always lukewarm about the early 'vettes -
but then he was never a "Chevy man" - he always liked the Fords and the Mopars better, even today. That said, as you well know by now, his real favorites are the Packards and the Studebakers...