In this present world, where divorce is up to and surpassing 50%+ there are family members who own no blood relation, but become dear to your heart as if they were blood-related. In our case it is Corey Workman. The cutest little red-headed kid you ever did see. 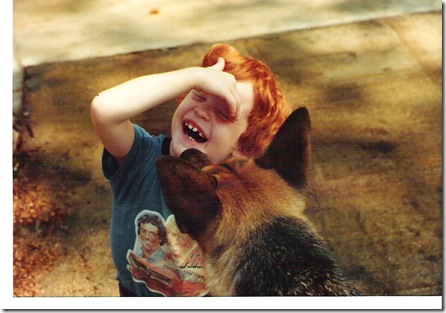 Loving and most mannerly. The first night Jack and Carol brought him into our lives, Sherry and I were in bed, he got dressed for bed and climbed right in, and he was our Grandson, and has remained so.  He is not available for this reunion, but he is here in spirit.

THEN Jack & Carol gave us our first Grandson, Benjamin Aaron Darnell, named for my dad and Sherry’s dad. SWEET. 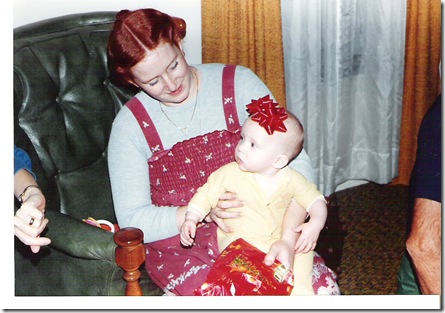 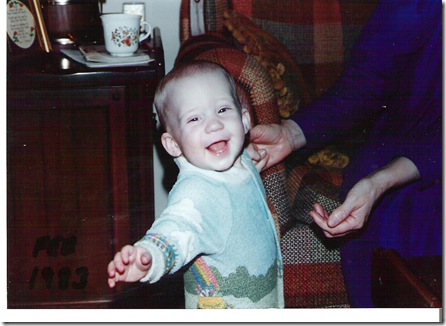 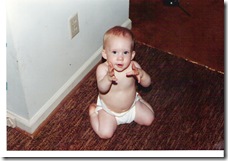 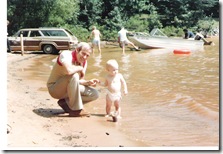 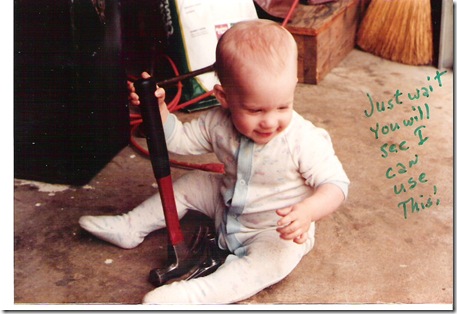 The last picture I am very proud of, Ben playing with my hammer. I have always been a carpenter at heart, now, Ben (And Corey) are VERY GOOD carpenters. Both have excelled at the trade.

So here we are on his 31st Birthday to help him celebrate. He chose the place,  ‘Outback’.  We all had a great time,and for the first time in many years his mom, dad, grandma, grandpa and daughter  are at his birthday party.

When he was a tyke, I would say ‘You are the greatest boy that ever lived.’  That would  embarrass him so I shortened it to TGBTEL. He grew up, and I had to change the Boy to Young Man, i.e. TGYMTEL.  Now, I see him, a man, I see that must be changed to:TGMTEL, Of course that is from a grandpa’s view of his FIRST Grandson. LOL

Since the advent of Corey and Ben, there have been more ‘GGKTEL’, Sherece, Joshua,Stephen, Matthew and lastly Luke Vegas.

Yeah I know, you grandparents say, “YOU DON’T HAVE THE CORNER ON ‘SUPER’ GRANDKIDS!”  I know that, because I read  YOUR ‘prejudiced’ opinions on your blog!"

From Utah and the North woods where Grandloves abound, to Texas/Florida where the Grands are king/queen (and all between). We grandparents are unashamedly ‘PREJUDICED!’ and with every reason, because they are: GRAND!

We are enjoying a great visit out here in Utah. We visited Joan and Dick, Carol’s parents. we met another daughter Vickie, and another one of their good looking grand sons.  Joan reads the blog and comments via e-mail. She and I have many of the same views, some having to do with shared Grands and Greatgrands.

You are fortunate if your family is nearby in communities, even the same or bordering states, we are like many today, scattered.

Cars introduced when Ben was born: 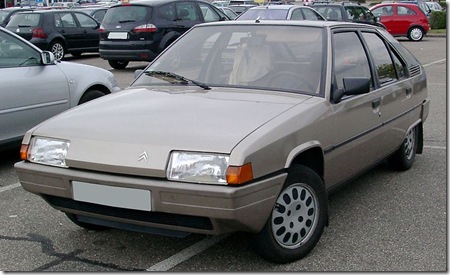 The Celebrity and the Fifth Ave 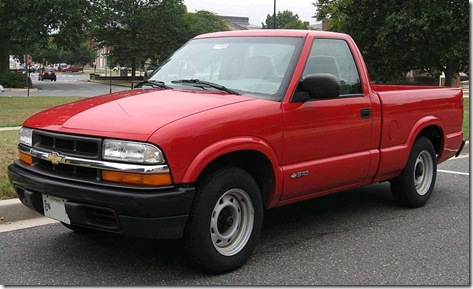 Well this comes from a grandmother - there is NOTHING better than grandchildren - and they are all beautiful.

So Jack how many real grandkids do you have?

THe photos were so cute.

Grandkids spoil us, for sure. HAPPY BIRTHDAY BEN.

Nice entry and be thankful you can see them often. In growing up mine lived in Germany, England, Ill. Virginia. etc. etc. but I was just glad they were doing well and we all had a telephone. John had an S-10 at one time and it was drug through the mill like all his vehices and like you said it was a good truck.

Happy Birthday Ben!! Sounds like everyone is having great fun together. Hope you have a great week ahead, Sheila

Happy birthday to your Ben.
I can feel the love when I read this post....for ALL of your Grands. And it is perfectly wonderful to be absolutely over-the-top prejudiced with love for your Grands. I am!!!
Hugs,
J.

I'll agree with you that Grandchildren are wonderful. Must be why they call them GRAND. Glad you all had a great time celebrating the birthday. Your Ben must be happy to have all the family together for his special day!

Grandkids are great. We live in the same town with all but 3 and I am lucky to see them 2 or 3 times a year. Busy parents and I can not babysit any more. If I could I bet I would see them a lot. lol

It is hard to believe Ben is 31.
I remember baby sitting him, such
a sweet baby.

Glad you got to see everybody and had a good time. They all look
well and growing. Be cool and safe. It is Hot here in the 90's.

This entry such a joy to read, smiled at all those beautiful baby pictures of Ben, like his Dad (and Grand-dad) he's grown into a handsome man! Y'all must be having such fun and Sherry beside herself with those beautiful girls to hug!!!