We have crossed Nebraska from North to South a couple times. We have spent the most time in North Platt, the home of Buffalo Bill’s ‘Scouts Rest Ranch’.  Also the nice museum they have there. 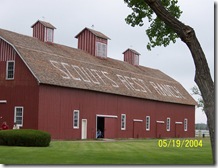 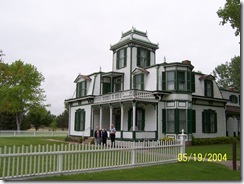 The train station is a very famous place for many service men going  from coast to coast. The good folk in North Platt fed every service man that passed thru.

My brother had a tale about his stop. Back then many men were paid in silver dollars. So the local bars gave change in silver dollars they had taken in. Jr. handed the girl a $20 bill for a beer. She said she would have to give him $19 in silver and a fifty cent piece.”

Jr said, “Mam, that much silver would pull my pants down.”

She winked at him and said, “It would pull my pants down too.”

Being a young 17 yr  old sailor, he about choked on the beer. 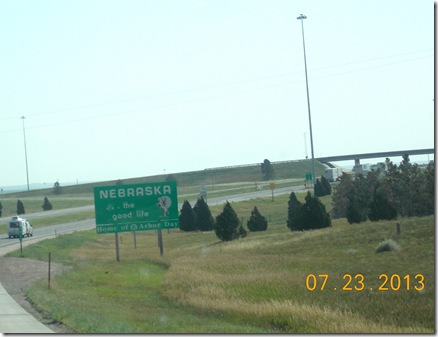 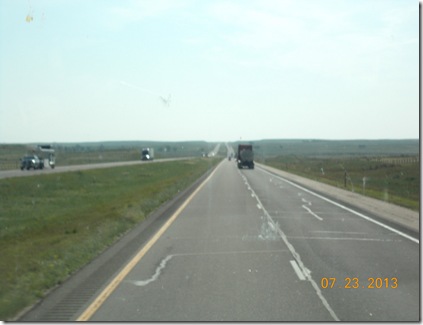 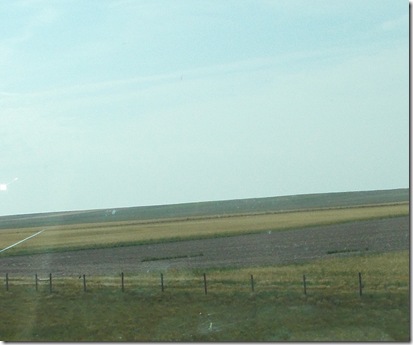 The trip was good, now we have crossed Nebraska from West to East. The roads were good. The land scape is great. Hills at first some great rock formations then FIELDS. 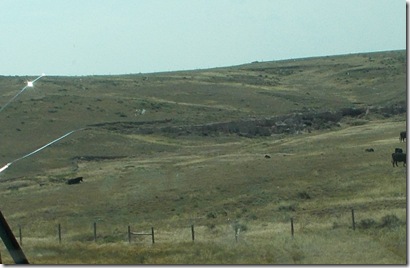 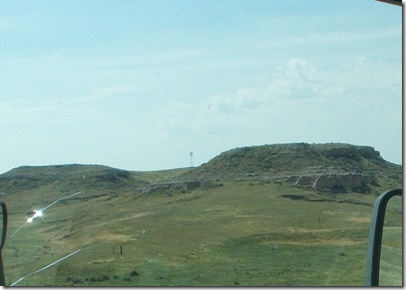 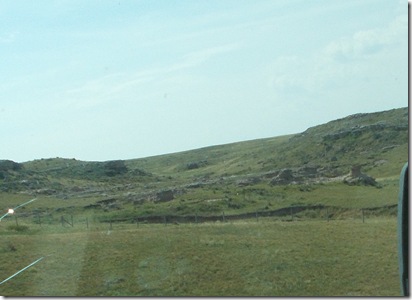 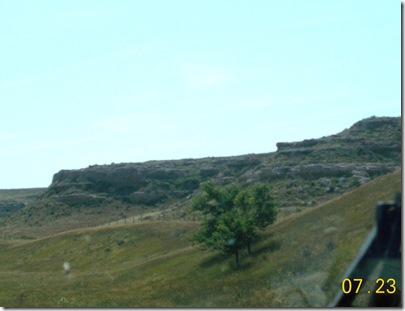 In many areas they are replacing the snow fences with evergreen trees. (The small sunflowers were also beautiful) 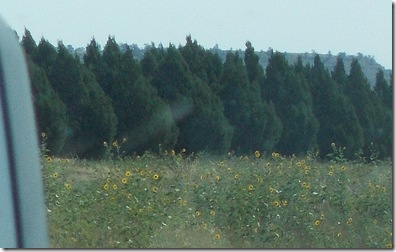 And then there was some beautiful Corn, thousands of acres of corn. 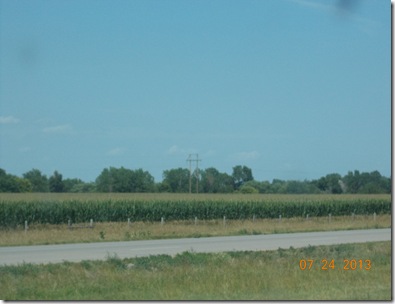 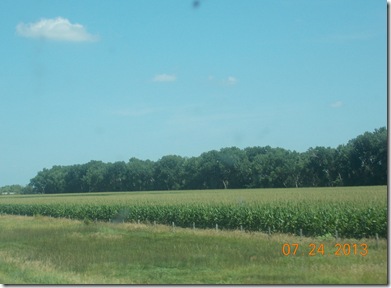 Yoou have heard the Needle in the haystack saying. Well it has been 60 years since I saw a haystack, but here in Nebraska: 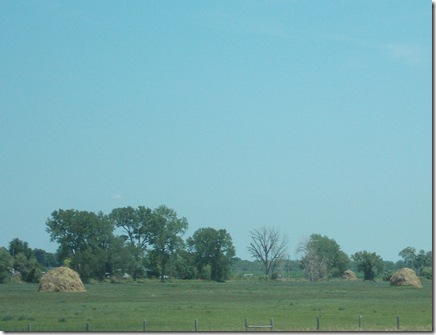 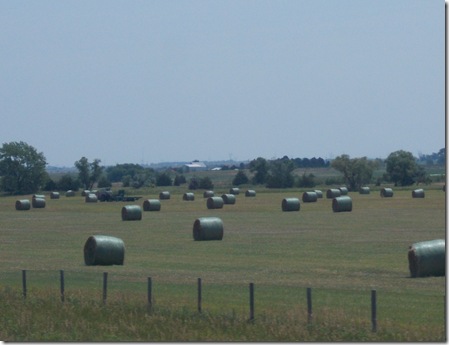 There were some neat Ranch houses some tucked among trees. 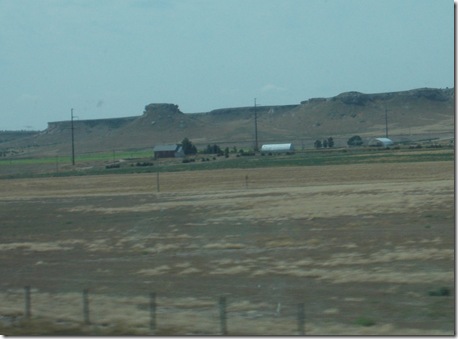 I loved this one with the butte as a backdrop. 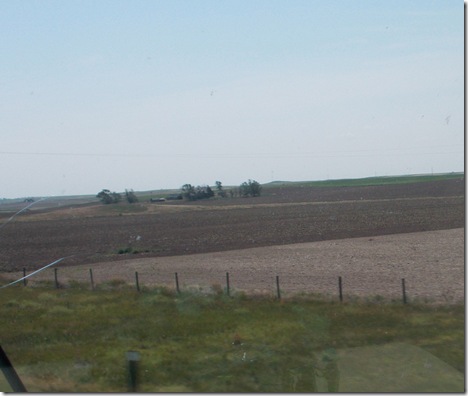 Plowing these fields is no small task. 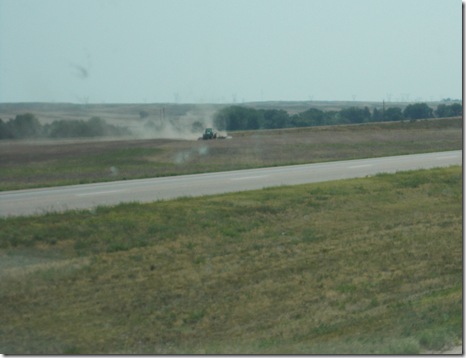 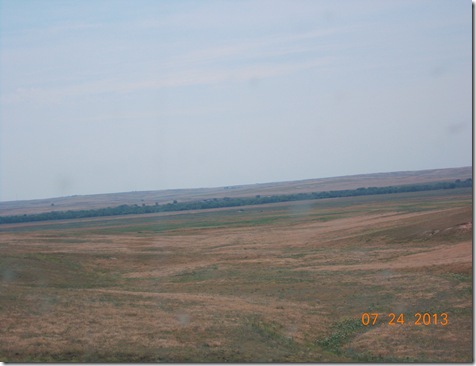 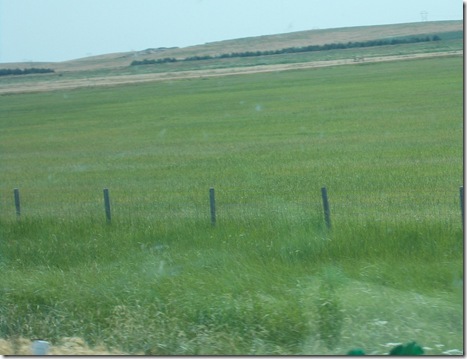 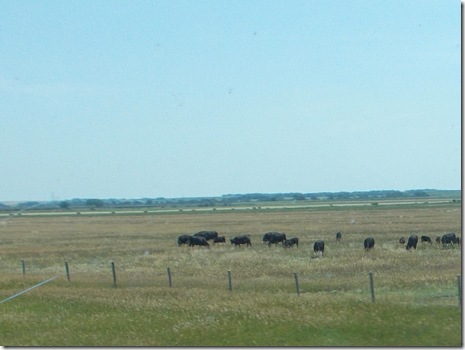 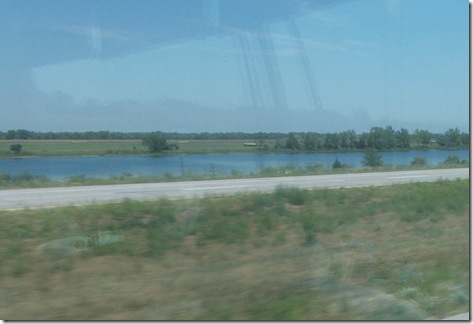 WHAT IS THIS COMING UP!  In the distance I saw something that looked like a building or canopy over the Interstate! I slowed down not knowing what to expect. 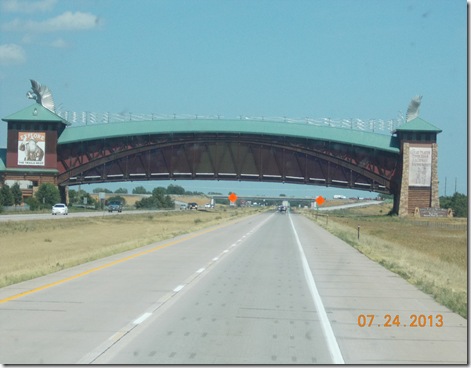 It is “The Great Platte River Road Archway”, a Museum, Archway and Tourist attraction. It is a massive structure over both lanes of Interstate 80.

Thanks for coming our way I hope I can add a surprise..  But  I am having so much trouble with CHROME AND BLOGGER BUZZ TRYING To jump in at every click.  LOL

Yet, on the News the other night, they said the government would save money if we used a coin for a dollar instead of a paper dollar bill????

It's nice that the folks in that area took care of our service men.

Hugs to my favorite couple.
P.S. I finally changed my template for my blog as too many of my friends had a hard time reading it saying the background was a dark purple with gray lettering????

Yet, when I inquired with other people, mostly bloggers, they were able to see it just fine.

Well, I changed it to a blogger template. I miss the lace and pink and brown background but I'll try to dress it up somehow. I've been playing with a new Header for color.

Wow, nice pictures of the area, Thanks for taking me there, weather here is cooler, Saranac Lake, New York up in the mountains had a frost this morning.
I am cooking fresh potato and green bean soup !!
you 2 take care and enjoy!
Gary & Anna Mae

Jack another place and sites to see that I won't see any other way. I never heard about the The Great Platte River Road Archway. Did you go in? sandie

Awww You got to meet Lucy and Spunky in person and Joe I presume. I know that made her day and your's and Sherry's too. How great! I've never seen a hay stack, aways heard about them.

Jr. talking about the silver sounds
like him. He had a dry sense of
humor.

I had a long ride in the country here today and saw lots of corn. Since that is the Corn Husker state I imagine there is a lot more there than here, No doubt about it the corn is growing good here this year. Mid 70's and absolutely beautiful day so we had to get out in the country.

Cute story about the silver dollars.

I still have some silver dollars of my dad's. Good pictures. Mark J who reads my blog lives in Nebraska & has good things to say about it. ~Mary

«Louis» thanks you for including some of his cornhusker relatives in your photos!
:-)