We are here because for some reason, a guy born in NC, and a teen age friend of mine is out here. When you get old you look around at what is important, FRIENDS and FAMILY rate high.

I am a pastor’s kid, so we moved some while I was growing up. When you move around you do not develop a boat load of friends. Before my teen years I can think of but one friend and one acquaintance. The acquaintance is Sonny Turner. The friend is Von Dale. Of my teen years there are a few, but Buddy sticks out. During the teen years it was Buddy, Von Dale and I.  That may not be the way they saw it, but it was the way I saw it.

My first real Sweetheart was Margaret. After a year of so, She suggested we drop our ‘love’, she was 13, I had just turned 16. Wasn’t long until my ‘friend’ buddy was going with her. I found love with Sherry and Von Dale had settled down with Martha. Martha and Sherry were good friends so we double dated a lot. 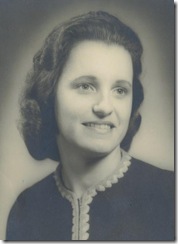 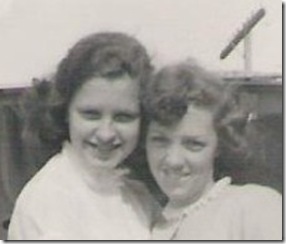 Above on the left is Martha, I put her single picture because of our crowd she is the only one who has passed away. On the right is Martha and Sherry. Below is Margaret and Martha. 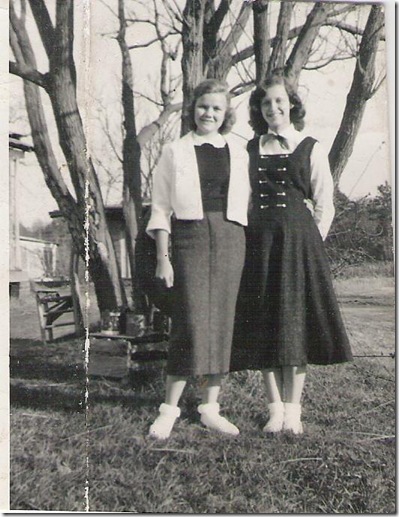 Our cars were ‘straight-drive’ cars, so if I was the driver, I had ‘Sherry-a-matic’ (I clutched and she changed gears, because my right arm was around her.) If Von Dale was driving, he had ‘Martha-a-matic’.

All three of the girls were friends. This picture was taken just after Buddy had taken my girlfriend away. Margaret (2nd from left standing, my ‘friend’ Buddy beside her). You can tell he is a little fickle, he has his arms around 2 girls.. 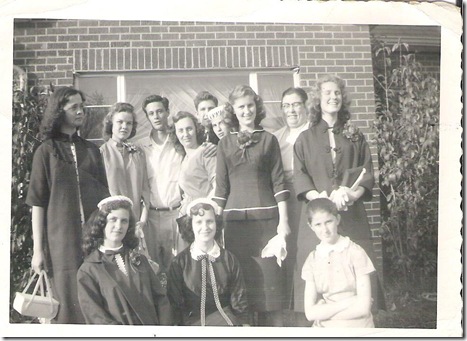 Buddy’s dad (like my dad, was a preacher)  moved from NC to Mississippi, so that broke up those two. I had already joined the USMC, Sherry and I were married already (I was  grown, 17). Buddy later joined the USAF and on assignment in the UK, met his beautiful Di. They were married.

That is our young and old love lives. 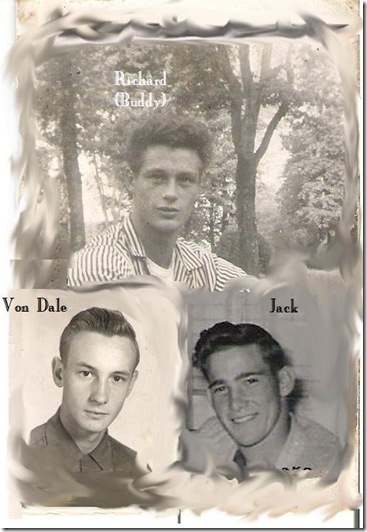 Above is the three boys. All pretty savvy, and all successful in their own right (as old men).

This reunion would have been an even more fun time if Von Dale and Rose could have flown out here. They would have, but their schedules didn’t fit our time frame. They are working in a youth camp in NC.

Thanks for coming this way and listening to the love life.

PS: I have learned that for us older folk, remembering our teen age years together, and sharing our lives, is entertainment. 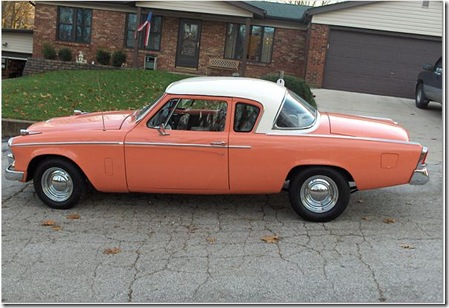 (Stay tuned for Buddy and Di in the morrow!)

I loved that story. You remember the most awesome things.

I am just trying to figure out who you met. Martha is gone, but she did not marry your friend. He married Rose and they would not come.

So Richard married who and were they at the reunion?

It is fun to think back about the 50's when time was simple and uncomplicated.

It looks like you guys are having a great time. I'm enjoying the trip with you by the beautiful pictures of the places you've been. We have sunshine here today it's nice to see after all the rain we've had.Take care. Jean

Like you, «Louis'» circle of friends was rather small in his teen years...

That '56 Power Hawk had the Studebaker 259 cubic inch V8 in it. The Sky Hawk had Stude's 289 V8, and the Golden Hawk got a Packard 352 V8. The Golden Hawk was the fastest US production car that year.

I think it is absolutely wonderful you have such good friends with such a long history together. Not many have that at all. Glad you could get out to see your friend and hopefully make some wonderful new memories of your time together too. Here in Ohio we are in the mid 80's and right now it's dark as night during the day time, with another thunderstorm rolling in.

Young love and friendships that have lasted a lifetime. You are lucky indeed.

I remember your friend Roger in
Albemarle, Jimmy in Valdese.
We don't have many left at my age.
They have moved back to their Hometown or deseased. three in
Charlotte gone and one moved to Col. Hope you and Buddy have a
nice visit.

Great story. No wonder you write books and can do most anything you set your mind to.

So nice to see you and Sherry meeting up with friends from the old school and towns of your youth. those were important times, weren't they. I can remember a few. Hi to Buddy and the rest...so nice.
Thanks for the kind words about Mama. She really is a pistol...isn't she~
She is enjoying her visit sooo much with our TX sister. Me too.
Also, am healing great and won't be long and I can drive again...cannot wait...til then, will travel with you.
Blessings

You are a wonderful story teller, Jack. I love to see the photos you post...and read your blog. You have a great memory. Sending you and Sherry hugs and love.
Jackie

As I just said on another post old friends (and acquaintances) are the best! How wonderful that you've kept up with each other over the years!

The guy trilogy. All cute. But you got the best girl. ~Mary