The first thing I noticed crossing into Mexico, was armed men, soldiers with rifles and side arms. At least fifteen at this border crossing.

The roads and sidewalks are in disrepair.  But the drivers seem to be courteous with each other. People smile at you on the streets and nod.

The Spanish ladies like to wear their high heels. You see them walking pretty fast in them. I even saw a lady, a city worker directing traffic in high heels, they were not spikes, but they were 4” heels. These ladies love the high heels. Our own Rose, who misses her stilettos, must have a little Spanish mixed with that Italian blood. LOL.

Noticing prices in the windows for shoes, $149 (pesos).  That is $11.50 in US dollars. I have been in several countries and you can always spend the US Dollar, but you must watch the change, lol. 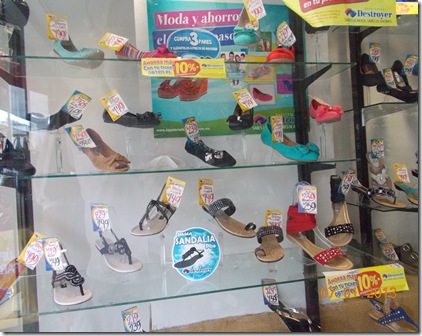 The poorest cities in the USA are better off than most Mexican cities we have been in. Strange, we (USA 1776 & Mexico 1810) started independent governments about the same time,  our American Constitution has withstood many attacks, and we still have a much better record of human rights, law and order.

We see our countries morals and some law failures, but nothing like our neighbors to the south.  You have read about the deaths in Mexico to violence. More than countries that are at war. (Not including Syria). So we are not perfect, but still a country I PREFER to live in.

Canada has great infrastructure, so does England and Germany along with many European countries, but Mexico trails because of the type of government. I read from a guy I know, who is married to a Mexican lady. They just drove south into Mexico to visit her parents deep inland. He was forced to pay $400 deposit for his car, which is supposed to be returned when he leaves. He had to pay to keep his two children (American Citizens) because one local constabulary said he was kidnapping them.  To much control by small Ruralies.

Yes I am proud to be an American, and proud of our Independence. Sometime the government over steps their authority, but someone rises to the occasion to make accusations, and if nothing else goes public and announces, like Mr. Snowden has, that our government is out of control.

BUT LET ME SAY THIS, When we crossed back into the USA yesterday, there were no men armed with AK-47’s giving us the evil eye!

BUT TODAY WE CELEBRATE OUR INDEPENDENCE. I LIKE THAT!

Not everyone who reads this stuff is an American Citizen, they too are proud of their country, BUT THIS IS OUR DAY TO CELEBRATE! Happy Fourth to all USA CITIZENS. 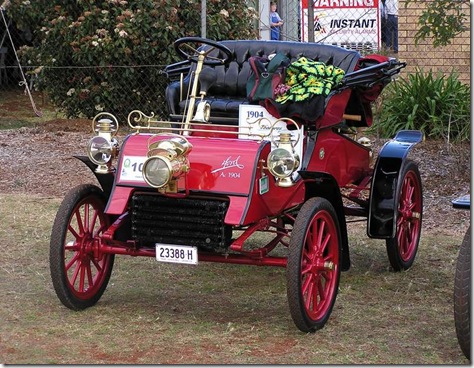 This is the American car, the Model ‘A’ even before the ‘T’ and the one we remember as the Model A.

GLAD you had a HAPPY 4th.

I haven't traveled or seen the sights like you have but I do love the good old USA for sure. I can't think of any place better. It's Monday morning here and it's looking like another rainy day. Glad you are back on this side of the border.

Well you finally got it on maybe the 12th one worked.

The information was good. Only
traveled in USA.. I love my
Country and our Freedom thanks
to you for your Service in Marines
Air Force and then retiring from
Navy. WOW

Would you say that Mexico has really changed - have you ever been there before? I think that I would like to go see Mexico - but I am so glad to be in the United States! Did you celebrate? sandie

Del Rio was on the news today. Something about the parade being canceled. Not sure what is was all about. Wondering if you are almost through with your dental work. Hope so and "hi" to Sherry.

I'm glad that you are back on American soil...

When returning from Ciudad Acuna did you notice the armed officers, huge concrete barricades, drug dogs, and Border Patrol? The border guards and military are on every border crossing. Your characterization of Acuna makes it clear that you visited the small area near the bridge and missed visiting the city.