A great story of a day in the life of the Chief. 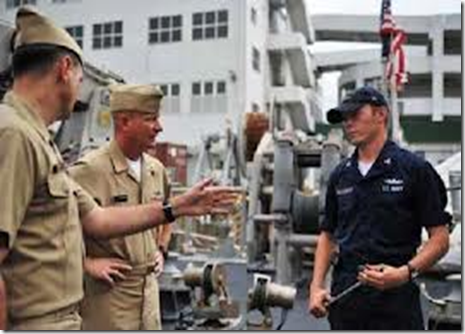 The Navy Chief noticed a new seaman and barked at him, “Get over here! What’s your name?”

“Look, I don’t know what kind of bleeding heart crap they are teaching you sailors in boot camp these days, but I don’t call anyone by his first name,” the Chief Scowled, “It breeds familiarity, and that leads to a break down in authority.

I refer to my sailors by their last names only: Smith, Jones, Baker, whatever. And you will refer to me as ‘Chief’. Do I make myself clear?”

“Now that we have got that straight, what’s your last name?”

The seaman sighed, “Darling, my name is John Darling, Chief.”

As they say sometimes in the Military, NEVER let your mouth over load your rear-end.

PS2: Test message from the hospital:

Honey, I got hit by a car outside the office. Paula brought me to the hospital. They took a lot of x-rays. They told me the blow to the head was probably not serious or have lasting consequences. I have three broken ribs, a broken arm and a compound fracture of the left leg. They may have to amputate the foot. 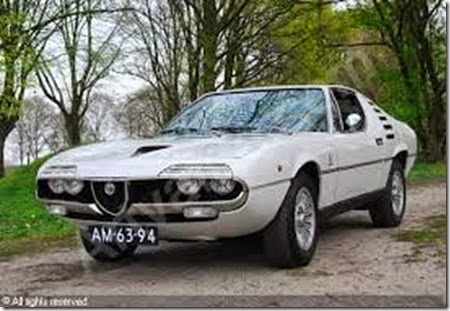 LOL with whose Paula rather than being concerned about the condition of her husband. And too cute with John Darling :)

Paula in trouble again. My name is
confusing. When I order at Chick-Fil-A they ask your name I say
Wrap, they say I have your order what's your name. Guess I will
wrap this comment up and close.

I get called so many things and it used to be worse then it is now so I say Lieck L I E C K. And that Paula you're talking about wasn't me I swear it wasn't.

I've been reading the last several posts...so sorry I've been amiss lately. It took us 3 weeks to finish the tiling job and now we're peeling cedar posts for the garden fence that'll go up soon as we get our boots out of the mud...lol

You two, my dears, have had quite the lives with all the military activity you grew up with. I thank you both for your service.

About Paula, funny, funny and I'm assuming the Chief decided it was ok to call him John...LOL

Did you see my dream truck a post back? We drove past it's location and danged if it already was sold. And I had my heart on it for a pumpkin wagon...not my turn.

loveya'll and Happy Mother's Day to my sweet friend Sherry.

Both stories had me chuckling. Funny, for sure. HAPPY MOTHER'S DAY to Sherry.

Laugh.Out.Loud!
What a delightful way in which to start the day!

That "Paula" story reminds me of the time years ago I had a near-miss with an 18-wheeler on Florida's I-75 ... and wound up skidding off the side of the highway into the trees and brush.
Calling home to "Mr. Wrong", the first thing he asks is, "What did you do to the car?" True story.

That was hilarious! Darling!

That made me laugh - I love to laugh.