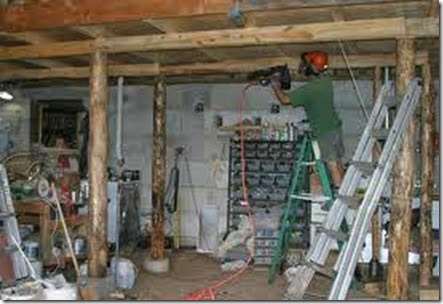 (Pictures are of other peoples’s stuff, to make me feel better)

I have always thought we had less STUFF’ than most folk because we moved so much. But when push comes to shove (what ever that means) we have managed to do pretty well at holding onto STUFF. 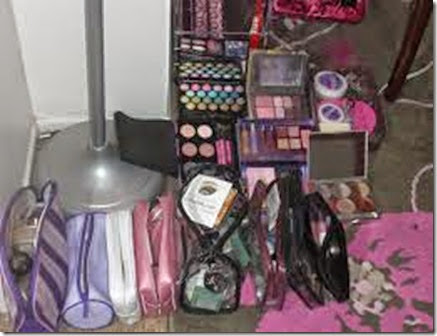 Neither of our parents were the crystal, silver, fine china types, so we never were.  I take that back. My girl bought a silver set before we met, but we have used it very seldom so it has been stored. 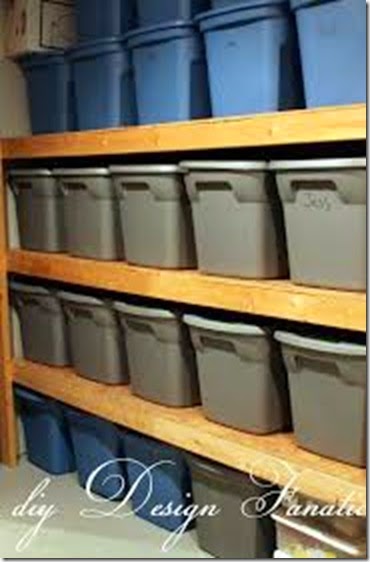 While in GITMO at a yard sale, we bought some expensive German Crystal and a complete set of fine china at a great price. Shucks, we became classy all of a sudden. Funny how proud we were to own such expensive stuff and at present neither of us can think of the names of the STUFF. BUT there is it in boxes labeled ‘Crystal’ and ‘China’. 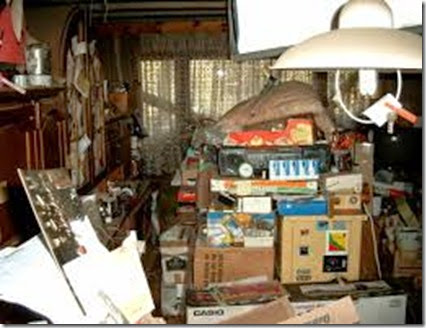 Sherry’s mama’s cedar chest is out there, and it is empty, so as we change storage areas, we will try to fit the china and crystal into it for safe keeping.  “Safe Keeping” HA! we are in our mid 70’s, I assume the boys with put all this ‘STUFF’ in a yard sale for pennies on the dollar. 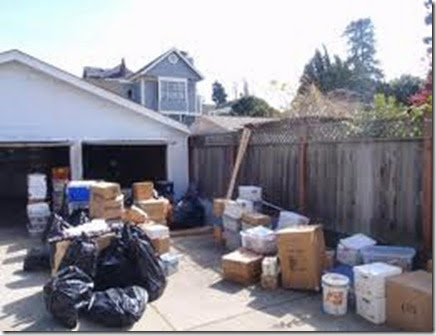 I have a Lionel Train set. WHY?  heck if I know. I don’t think any of the family is interested in trains. I think I will ask some of the guys if they want the trains first, but I am thinking of putting it on Craigs List along with a Hunter’s tree stand I will never use. 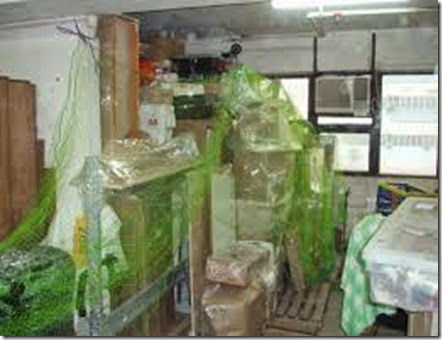 Bowling balls? What good are they? We have 4 or 5 of them. I have a great desk and no office to put it in. But I guess I will keep it and the filing cabinets, back to another storage area. 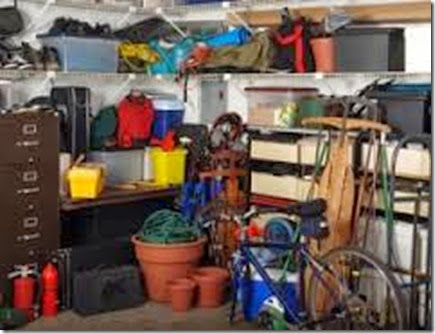 Son Mark has been using the 8x10 storage  building but has emptied it to move into the 52’x8’ trailer we gave him. As they emptied the building they found BILLIONS or ants had taken up residence in their STUFF. Now our trash pile is growing in leaps and bounds. In his stuff he ran across 3 TV’s (not HD) and a brand new printer that is now 5 years old, but new and out of date. Amazing. 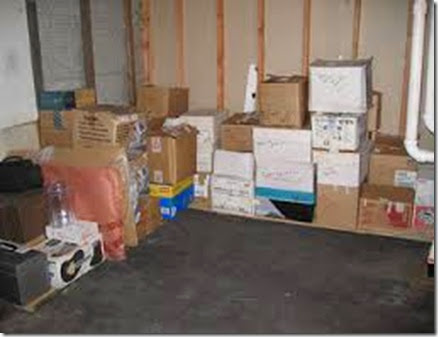 So as he moved the last of his STUFF out, he said, “Now you can put your stuff in there for 5 years, then throw it away. Save yourself some heartache and get rid of it now.” 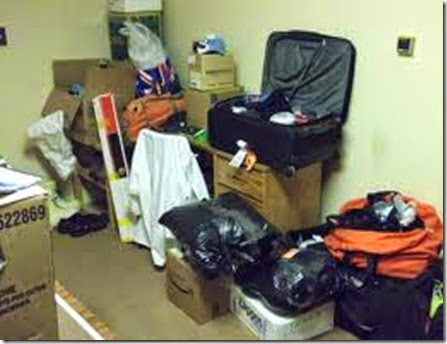 Of course that makes sense, but will we listen, not really, so in the next few days I am building shelves and emptying the efficiency or (Studio Apartment’) to allow me to finish the building and get out of Dodge.

Speaking of storing, This is how I want to store our car! 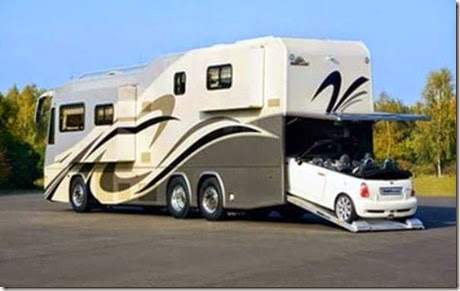 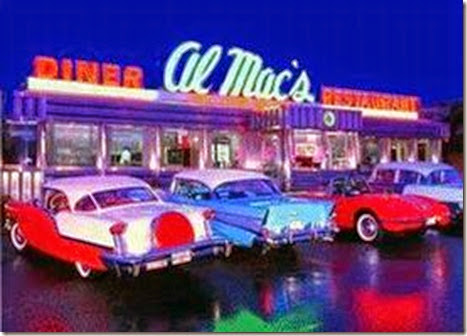 Sherry and I started collecting STUFF when these cars were new.

Glad to see everybody has more stuff than me. My downstairs at least is in order. I am going to
downsize some by getting rid of holiday decorations.

You should see my garden. It is
looking good. Squash, tomatoes, cucumbers and cantelope in my
natural area. It just has blooms
but doing good. I like to see things grow.

I have stuff, probably not valuable, just "maybe I can use this someday" stuff.

That would be a cool way to store your car while traveling, Jack! It is amazing how stuff just ends up accumulating. That train set could be worth some money so do some checking on price before you list it.

Looks like a cool place to stash your car. Stuff accumulates, no doubt about it. I usually just end up donating ours. never been real successful at garage sales here.

We've just begun to realize how much 'schtuff' accumulates over 10 years together.

Unfortunately, both Tom and I have formed unhealthy attachments (ha!) to miscellaneous things. Thank goodness, this only happens to one of us at a time so the other can assume the role of the "Voice of Reason."

I like this entry. I always have a little bag of "give aways" going and take it to the donation box quickly before I change my mind. I found a whole box of reading glasses, prescription no less that John couldn't see our of for anything. Why was he keeping them? I finally convinced him to let me get rid of them. Now I'm working on a bag of remote controls that have no TV to control.

I have a lot of stuff too. The thing that aggravates me most is that when I want something, I've hidden it away so well for safe keeping that most of the time it stays hidden. I have aspirations of someday having it all sorted and organized. When I retired almost 4 years ago now, that is what I had planned to do. My problem is that there is always something better to do so all that has taken a back shelf in more ways than one. Sounds like you have another big job ahead of you.

You just keep finding new challenges!!! Sounds like the ants made it an easy choice for Mark to jettison some things, I find it hard to part with "stuff" and maybe this has inspired me to get a donation box started. Great pic of the 50s Diner & cars!