Pastor and missionary Charlie Hugh Matthew’s funeral was in Mountain Home, Alabama.  To get there we left NC, drove thru SC, GA, TN then down to Alabama. I did not realize we would travel 5 states to get there. 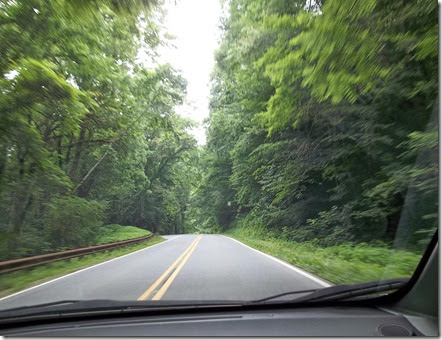 His wife was in good spirits along with the family. He had suffered a stroke and had been unable to speak  or take care of himself for quite awhile. Sherry got to speak to Eloise when I realized she was in very good spirits I told her I forgave her for the prank she pulled on me when Jack Jr. was born, we had a good laugh.

After the funeral we stopped by a vegetable market and bought some Molasses. That area makes some good molasses. (I knew Lucy would want some but I was afraid they would break in transit. 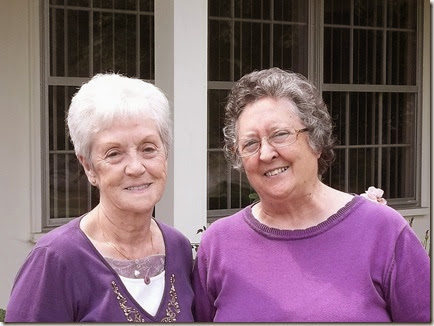 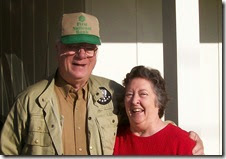 (Fred and his LOVE, Frances.  Happier times for Frances)

Then to visit our precious friend Frances, the widow of Fred who used to comment on this blog. Fred fell in love with some of the bloggers here and like us wanted to someday visit them.

From the time Fred heard that Sherry and I were hiking the AT, he wanted to join us. A couple years ago he got the chance, but was not physically ready. But he had a chance to get a taste of it, and would brag (jokingly) that he went to Maine and hiked the entire WIDTH of the AT. 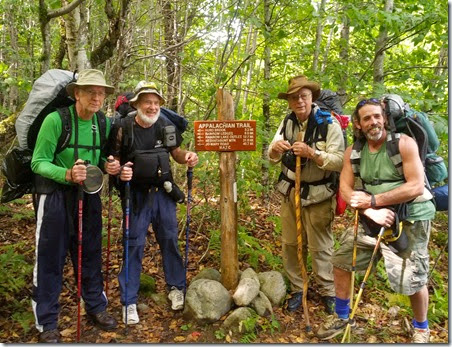 But I wanted to tell you  guys, especially the ones who knew Fred on his two blogs or personally. Fred had been a very successful missionary on the ground and in administration. Well known and liked, he had a very good sense of humor.

Frances said she was in the kitchen a couple days before Fred passed, and evidently had slammed or shut some doors too loudly. She said from his room she heard, “Hey, I’m trying to die here, I think I am supposed to have peace and quiet, of course I could be wrong since I have never done this before.”

Frances said she and one of her daughters went to Fred and they all had a great crying laugh. That was Fred.

We took Frances to lunch and departed. Driving back thru the mountains of Tennessee and North Carolina. The Road is US64/74 and goes thru the Nantahala Gorge . the road follows the river that is famous for White water rafters. Actually my friend Sonny and our sons (Steve and Mark) did this White Water thing a few years back. 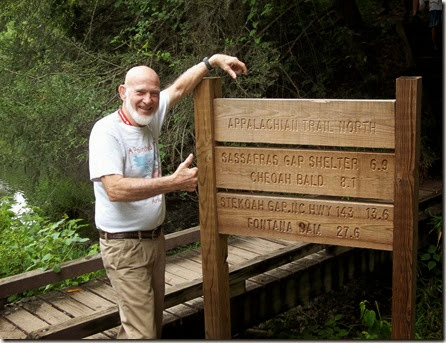 Trailhead from the North 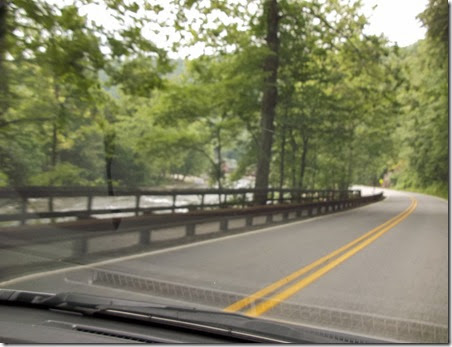 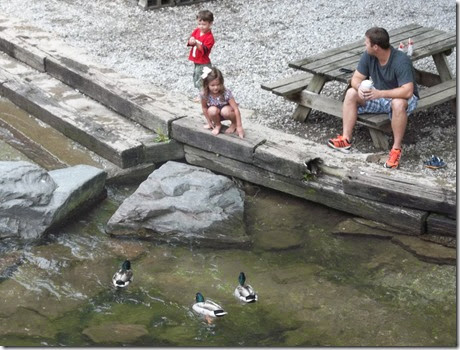 The girl out in the Kayak belongs to this dog. The Dog was anxious for her to come back or it go to her. 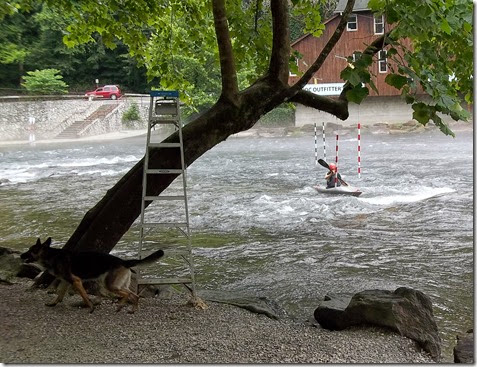 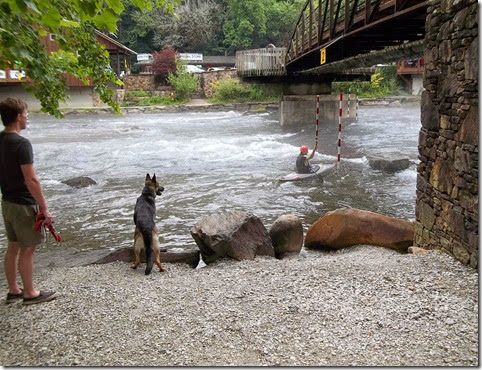 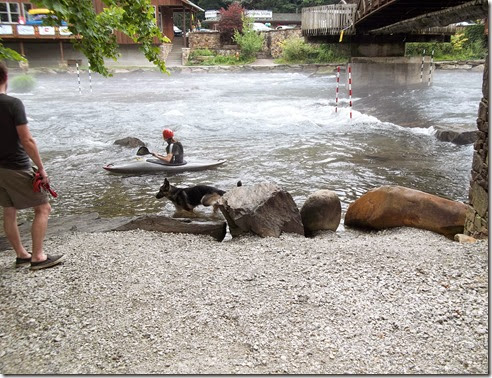 This is my girl at the Southern trail head, where we reentered the trail after taking a break and having a restaurant meal a few years ago while hiking the AT. 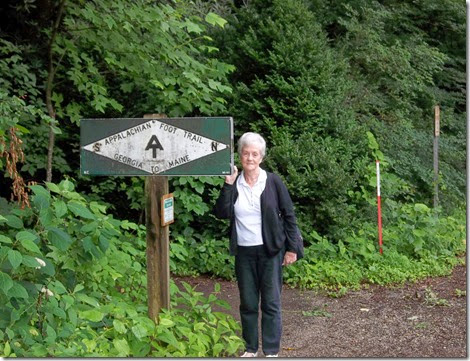 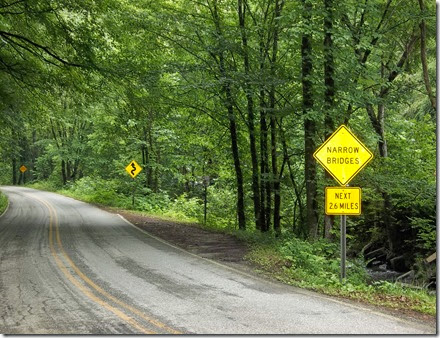 The AT happens to cross this road at the Nantahala Outfitters. We recalled some memories of backpacking  thru here.  this was a treat.

Sherry had a conversation with a couple that had walked a little way in and back out on the AT.  When Sherry told them we had hiked over 1850 miles of the AT, they were shocked that OLD FOLK could do something like that. 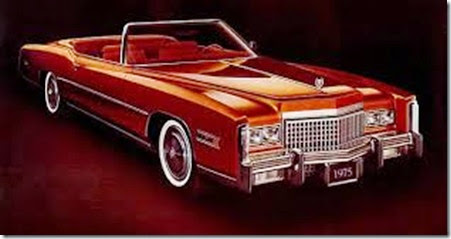 Glad you are back and and had a
good and safe trip..I know it
brought back some good memories.
It sounds like they were two great
couples and enjoyed their work. As
our Brother would say "One never
knows does one". we will never
forget him saying that....Welcome
back to Beautiful Historic Belmont.

thank you for the journey..glad u had a safe travel. amazing pics

Glad you got to visit your friend and comfort her in her time of grief. her husband sounds like quite a character. Good memories for sure.

That was such a pretty place with the water; that would be fun to spend some time at! It looked like a nice area you visited Jack and Sherry, just sorry for the circumstances that brought you guys there.

Glad you two are back safely. I'm sure you being there meant a lot to your friend's wife. Glad you got to enjoy some scenery too. The water looks so inviting.

Gorgeous country, Jack. Love the enduring friendships you've fostered.
And what a character, that Fred. How lucky you were to have known him!

Gorgeous country, Jack. Love the enduring friendships you've fostered.
And what a character, that Fred. How lucky you were to have known him!

That's a beautiful post. I love the photos. I laughed out loud at the humor of your dying friend.
I wish I had known you were coming to Alabama, we might could have met you for coffee.We live about an hour north of Birmingham.
Take care.

You do have some great memories of time spent with your good friends. You have had some wonderful times with them. Not everyone is so blessed to have lasting friendships like yours. Glad you had such a good trip.