“Let’s go over to the BBQ King for dinner!” said my Love. Hey that sounds like a winner. The BBQ King is a land mark on the west side of Charlotte. Still a curb-hop place since 1959. Much after our ‘singles’ dating days but still in the time frame of those GREAT YOUTHFUL days. 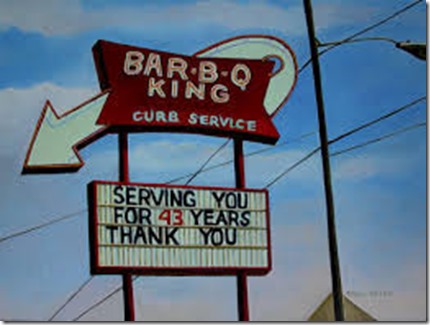 On the ride over we drove past the Star Castle (Now a used car lot). Our date spot 1955/56.  We could park and order, Watch the Disc Jockey live, sit in the car and smooch to Blues, Rock and Roll and Rock a Billy music. 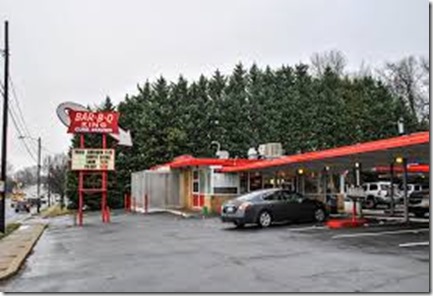 WE also drove close to the Airport where we used to go park to watch the Airplanes land and at time Submarine races (LOL).

Life was sweet and we were really in love (I was also in heat, methinks). That area of Charlotte was very familiar, there were several curb service places along Wilkinson Blvd which was the first 4 lane road in the area. 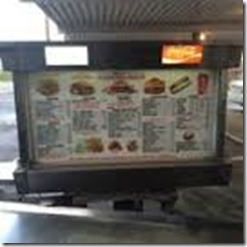 Believe it or not the Sliced BBQ sandwich was as good as in the 50’s. The slices on the sandwiches 1/2” thick and tender. There was over an inch of meat on each sandwich and hanging out. Of course the $.35 sandwich is now $4.50. The curb hops were older men no longer pretty girls, but they were very friendly and good at their job.

Sherry flirted with me on the trip, we talked of the days of our youth, when there was less traffic and I could kiss her for miles and still stay in the road and shift gears. (Hard to miss 4 lanes though).

I know consoles were invented by fathers whose daughters were  dating. 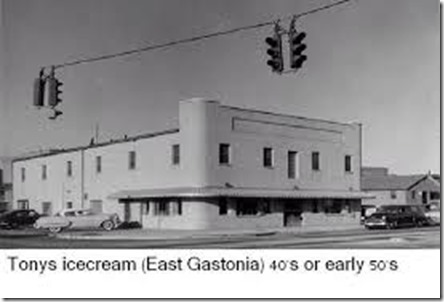 “How about an ice cream cone from Tony’s?” My girl is full of great suggestions , it is only 20 miles, why not. Some of our first dates were at Tony’s. They made the largest and best milkshakes in the county. They also made their own Ice Cream. I am sure the tables and booths are the same ones we used in the 1950’s. 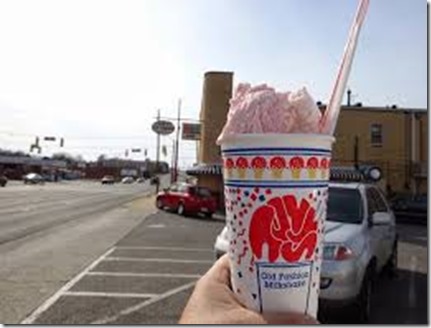 As we licked ice cream cones, we smiled. WE are really the same inside as we were back in the 50’s, the outside has changed some (few wrinkles, less hair, gray hair) but there we sat eating the same flavors, me butter pecan and she chocolate. See…. Nothing has changed we are still in love. Plus, I like ‘at girl too. 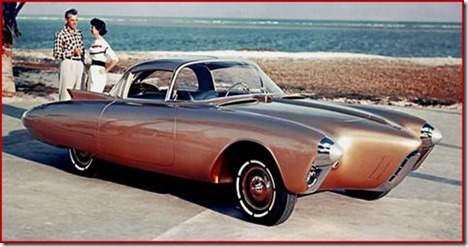 Thanks for taking us on your date with you two lovebirds. Just have to say down here we call them car hops, not curb hops. The fifty's was a great time to remember.

I haven't heard that term submarine races for a long long time. Sure brought back some memories of days long gone. Glad you had s great date with a good woman by your side and good food too. My company is gone now and quiet days are here again. The good Lord willing, I'm back to regular commenting again.

So enjoyed spending the evening with you and Sherry as you went down memory lane as you visited places familiar from your dating times and enjoyed some good food :) It is nice to hear that businesses are still in business after all those years and that the quality of the food is about the same (even though prices have changed). It sounds like you guys had a wonderful time!!!!

So sweet, y'all!
This makes me wish I were born a decade earlier and might have enjoyed those sort of simple pleasures.
I'm pleasantly surprised both the Bar-B-Q King and Tony's are still around and serving GOOD food at real prices.
Enjoy that butter pecan for me!

I was trying to remember the other places in Charlotte with curb hops.
I haven't had Tony's ice cream in a long time, I think I will have to
take a trip over for a treat. Glad you had a nice evening with your
date going over old times. I loved the 50's.

Hey you guys, get a room :)
What a fun post Jack. Most of the places we went to are gone now except in our memories.
R

what sweet memories from a simpler time and place. Glad you can still go on a date to these special places.