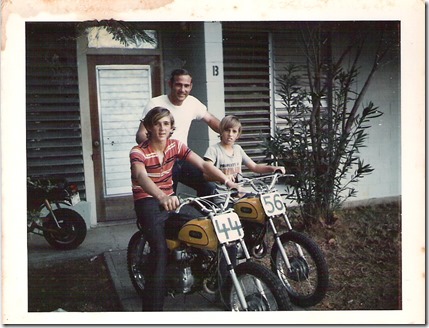 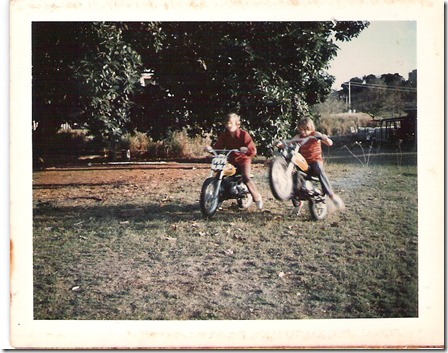 There are groups of folk you have never heard of. Or at least that is what Sherry and I have found. When the boys were in Cuba they got into Moto-Cross. They enjoyed it and when we got back to the States, they continued for awhile. We learned that there were  circles of friends who met on and off track, RAcing was also social.

Also in Gitmo a friend invited Sherry to learn Square dancing. I was shocked at the detail and extent the Square Dancing Community reaches. There are buttons and awards for the number of dances attended. Dancing on top the Empire State Building. Dancing on a Ship, barge, beach, airplane, you name it there is a badge for it. It was fun, but we did not continue. 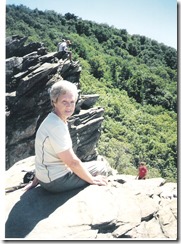 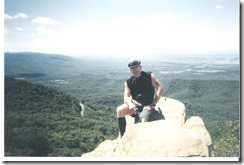 When Sherry decided we should walk the Appalachian Trail, I was flabbergasted at the extent of the community. There are people who get so involved they dedicate their life to walking and cleaning the trail. There are AT clubs from the start at Springer Mt to the Terminus 2170 miles away on Mt. Katahdin. There are shuttles, Trail Angels and thousands of volunteers. It is so advertised that people from all over the world travel to the USA to hike. It is tight  for some and loose for others, but still a community. 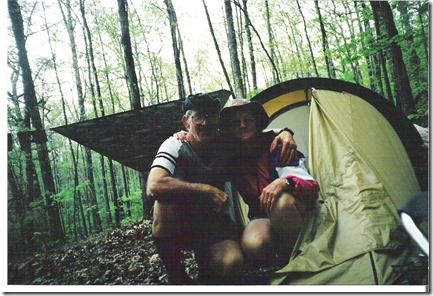 I mentioned musicians, until you are connected you do not know how many ‘scheduled’ and unscheduled Jam sessions there are. Bonnie over at Organic Discourse, has a son and here hubby who do alot of jamming and ‘gigs’. Bonne joins in and sings also.

And then there is Karaoke? Jimmy down in Miami does a lot of Karaoke. We have a friend who has a Karaoke business in Florida. I would have never thunk it.

The latest community, that I NEVER heard of, is song writers. I have known several professional song writers but never thought any of them ever got together. Rick, whose blog I have been reading lately is a member of a song writers group. SO THERE MUST BE MORE OF ‘EM SO BEWARE! ;-).

Now when I read Linda, the mountain boomer, she talks about quilting. Now that community is one I have known about all my life. I have spent many hours playing cars UNDER a quilting frame while the ladies surrounded it were sewing or quilting.

Are you involved in a club or group?

Humans seem to migrate to like minded folk.  Many small churches are like a club. (some good and some bad ;-) )

This car never made production: 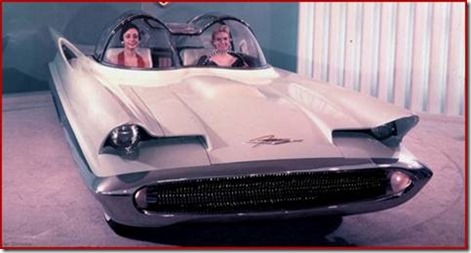 1955 Futura by Lincoln I think I would like that.

We were at the movies the other day and saw a preview for an upcoming movie about an older guy wanting to walk the Applachian Trail (I think Robert Redford was one of the stars in it). Looked interesting, of course I can't remember the name. I thought of you and Sherry :)

Currently right now I'm not in any type of club, trying to figure out which one to belong to here, LOL, but I remember when son was preteen and teen, he and hubby were into racing remote control cars. Now that was an expensive club, but a fun one!

We belong to Senior Circle and that's why we eat at the hospital cafeteria so often. We get a good discount for any meal. We aren't active like I was when it first started here. Went to "Lunch And Learn" a lot where we got a light lunch free and listened to a doctor speak about a health subject. Chair exercise and line dance just to mention a few of the benefits.

Sure n' I'd seen it before, but I LOVE that picture of you with JJ and Mark on their bikes! (Do their kids and grands get a kick out seeing their dads at that age, as well?)

Before I met Tom in 2001, I'd never heard of RC aircraft, etc.; and years later, I'm still amazed at the many clubs and competitions in which these 'boys' participate. Presently, Tom belongs to 2 such clubs, devoted to WWII-era building and flying. It used to bother me a bit, having scale replica aircraft hanging from the garage ceiling, but anymore I pay it no mind. Happy he has something so wholesome, you know?

Like minded people gather to celebrate the things they love. What could be better than that?