Now I am really mad!

(If I covered this subject before, here it comes again)

For years I was told, winterize your small engines. Lawnmowers, weed eaters, tillers and such. Drain the tanks and let them run until they are completely out of gas. I fooe’ed that. NEVER in over fifty years ‘winterized’ a small engine.  One reason is that in NC, you may need to cut your ‘weeds or grass’ before spring, we have mild winters. 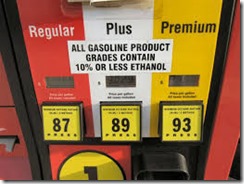 Anyway THIS YEAR IS DIFFERENT. The mowers have been covered and protected, but nothing would start and run. The only to keep an engine running was putting gas in the carburetor  manually, and they would run.

Okay so I break the first Carburetor  down, it is a Toro that Shirl gave us. A great riding mower. WOW the carburetor was filled with a jelly like substance and every thing was STUCK and blocked. 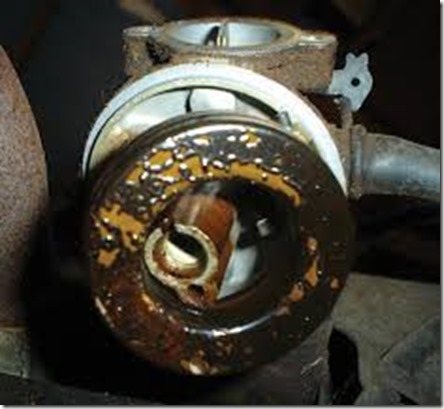 So I cleaned the carb and got it running. Later In a conversation with Don I said my carb for the first time ever was full of jelled something. This has never happened to me!”

He smiled a wise smile and said, “YOU never had ETHANOL in your stored gas before.” 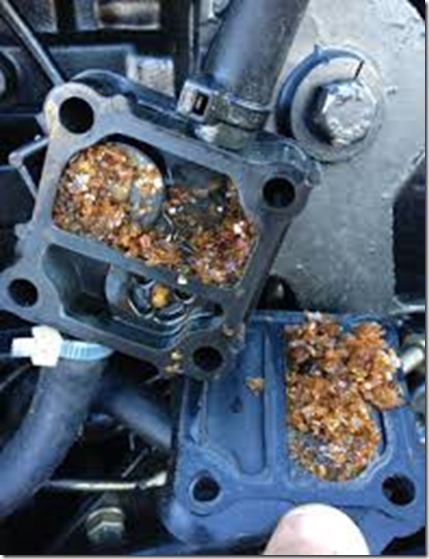 LIGHT COMES ON IN MY NOGGIN! BAD WORDS!

So a quick check on the net and it is stated that Ethanol is good in cars 2001 and up! WHAT are the millions of folks driving older cars supposed to do?

It is further stated, Gasoline with ethanol IS NOT recommended for small engines!!!

Search for gas stations with non ethonal fuel: Two within 5 miles. I know the first and head to Dales down by the river. Sticker on the tanks 10% Ethanol.

“The inter net says you have gas with no ethanol,”

Next place. No sticker on the tank, Sunoco. Nascar recommended. I bought $20 worth. I went inside to get the receipt,on the way out I see a sign on the opposite tank, 10% E………. SHUCKS! 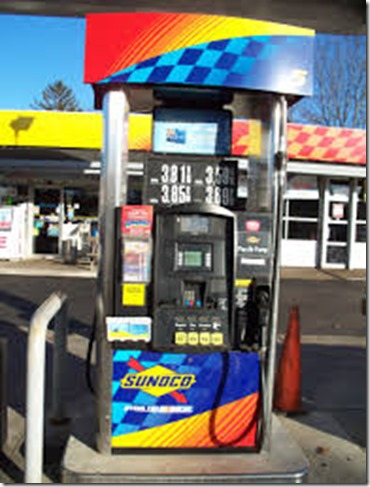 So I Pour what I just bought into car tank and go down the road and finally buy ETHANOL FREE GAS for $4.22 a gallon.

SOMETHING IS WRONG WITH THIS PICTURE! One thing I am sure of tonight is, I don’t like Ethanol. Someone recommended buying camp stove fuel in the sports section, at $6 a quart, WHAT? I do not plan on spending $24 a gallon for lawnmower food.

I know this will work out. Maybe Someone should invent the removable gas tank on the mower to make it easy to dump it for the winter.

Shucks, life ain’t bad, I think I just get side tracked and forget that everything in life “Don’t Bee Sweet”. Taking a thought from MA’s blog and BEE Attitudes.

This one did not make the production line either..

1955 Ford Mystere (I first read that as Ford Misfire)

That would have taken the sporty world…

Nothing more frustrating than a lawn mower that won't start, sounds like your situation was a doozy :( Major weed eater issues for me yesterday and I finally duct taped the string to the spool as I'm fairly certain due to age the little notches are worn ~ it IS old! But, so am I and nearly lost patience with it, but, persistence will overcome...glad you got 'er done!!!

I got an electric mower so I would not have to pump gas...lol

Sorry about your trouble with this, Jack. Sounded like it was an "adventure" to find the right gas you needed for the engine. Last time we had a gas mower was in Montana in 2006; didn't use to take the gas out of it from fall to spring and didn't seem to have any problems, but maybe gas was different up there because of the extreme cold weather?

John has had so much trouble with his riding lawnmower he is about ready to park it and hire the lawn mowed.

There is an additive you can add but I'm not sure if it will protect over the winter. It is frustrating.
R

Goodness, I'm impressed by your patience! (Well that, and I'm chuckling about your mention of 'lawnmower food.')
That photo of your carb looks like something out of a horror flick!

Our lawnmower always needs a tuneup come spring. Never starts no matter what we do over winter. Maintaining them is a chore for sure.

You can get ethanol free gas at the QuikTrip (QT) station across from the BBQ King on Wilkinson Blvd. in Charlotte or the QT at exit 17 in Gastonia. Find a pump with a red handle. The cost is only 30 cents higher than the regular unleaded.

Not all QT stations have the 0 ethanol gas but I know these two do.

Not all QT stations have the 0 ethanol gas but I know these two do.

My wonderful neighbor who rides around cutting the grass that is "city maintained" not so often, cut the grass today and I spoke with him about your situation ~ he said he uses "Rec 90" and it's available at Marathon station here. Also, there's a product called "Mechanic in a Bottle" that is awesome! He runs one of the departments for our water utility here and has made some valuable recommendations in the past, thought I'd share here!!!

I have been using non ethanol gas in my mower, and it has been running smoothly. I try not to store gas in the mower over the winter, but we did last year, and the mower still started right up this spring.
We have a station about 5 miles away that sells the non ethanol gas. It is quite a bit more expensive than the regular. (Too bad we don't have a QuikTrip around here.)