My first girlfriend (that knew it) was Margaret. A pretty girl 12-13 years old. I was 14-15. We broke up. I thought I had broken her heart until I learned she was looking at my friend Buddy. I learned later (maybe 10 years ago) She had told friend Martha that it was Buddy who stole and broke her heart (Shucks, I thought I was THE heart throb!)!

So yesterday I met another Margaret. This one older than I, but doesn’t look it. Margaret is 87. My age ‘cept backwards,78) 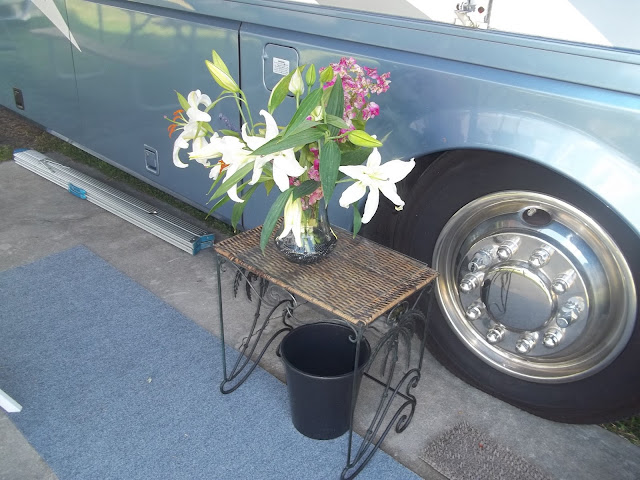 Glenda also brought a small wrought iron table for Sherry’s entrance area in Deltona. AND a beautiful bouquet of Easter lilies.   While Sherry and Glenda were outside with the flowers and conversing, I had the distinct pleasure of visiting with Margaret.

I was mesmerized listening to the beautiful lady as she sat in our motor home. Her jewelry might well have purchased the motor home. She was raised in West Virginia, dirt poor. She became a nurse. From there her trip thru life is amazing, happy and sad. I love stories from ‘dirt poor to riches’.

I may have some facts wrong, but girls were supposed to marry and she married a neighbor in West Virginia. The marriage produced three lovely children and a divorce.  Many long roads… to Arizona… to Florida (one where she fell in love with a Yacht’s captain and dock master. Sailors are just lucky). Now, after 35 years she is back with the first husband, the father of her children. She has homes in Jensen Beach,FL and also in West Virginia.

I felt so at ease. Here this petite lady sat, wearing camo pants, telling me she goes to the barbershop to get her hair cut. Her hair a chestnut brown and declared she did not color it. I kidded her about being like Ronald Reagan.

We just received a sweet invite from Glenda to come down to Jensen Beach to see Margaret off for the summer. I think she is house sitting for Margaret and hubby for the summer. She has just sold her home and moving and storing everything. I am sure her plate is full just getting settled. I know our plate is too full so we won’t be able to make it. We have a wedding, just gotta see Buddy and DI, and then prepare our home, fence and gate in Deltona for Hurricane season and be in NC to decorate graves before Easter. Too rushed for an old man. 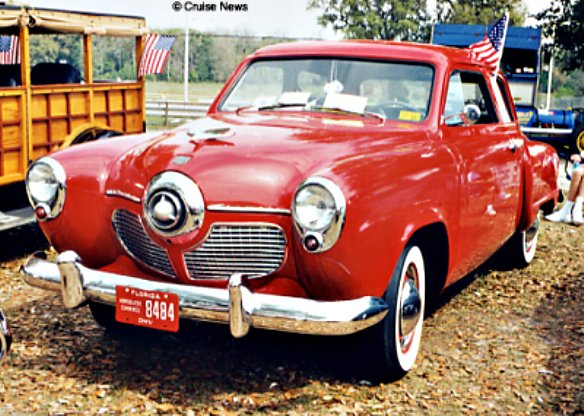 Wow, a wedding! I'm assuming a grand is getting married? How exciting!! Margaret sounds like a "pill". So feisty for 87! How neat that she ended up with husband #1 after all those years!! Seemed like a delightful visit!

Margaret sounds interesting. Im sure it was fun talking with her. Tell Sherry the table and flowers are beautiful and perfect for spring.

What beautiful flowers and a lovely visit too. Sounds very exciting for the two of you to be off to a wedding ! Easter will be here before we know it. Seems like hurricane season just finished up but I know it's important to be prepared down there. Take care, enjoy the days as they come !

Yours sounds like a delightful visit w/ Margaret.
I'd love knowing more -- particularly, that chapter with the captain and dock master. (Yep, there's 'something' about a sea-faring gent!)

Immediately I wonder if Margaret won't appear in your next book? Oh! I just found and ordered the paperback edition of "Johnny" a little bit ago ... can't wait!

I'm sure Margaret felt just at ease talking with you. That's the way we felt visiting you and Sherry, like long lost ol' friends for life. The gift of Easter Lilies and the cute wrought iron table are perfect for Sherry's entry.
Hugs from up north where we are in for a couple weeks of warm days, cool nights. We will really be hustling tree to tree collecting sap for more cook-offs. Cannot wait. I sure hope I don't run short of canning jars. :/
Have a great weekend...sounds busy as usual for you two.

Sounds like you had a good visit. It is good to have friends. The flowers are beautiful. Our 50 convertible Studebaker had a bullet nose. I thought the newer Studebakers were much prettier. I liked the Isetta we had it was a unique car.

Sounds like you had a good visit. That is a pretty Studebaker..Our 50 convertable had a bullet nose. The newer Studebakers started having good lines and was much prettier. I liked the Iseatta we had it was a unique car.

Yep. Decoration Day is coming. Jilda mentioned this morning that the place where we normally buy decoration flowers moved the business about 30 miles away.
We'll do a day trip and buy enough for all our folks.

Also, your blog sometimes sends me a notification that you've done an update and sometimes it doesn't.
Sorry I've been spotty and visiting.
Have a good one Jack.

Certainly understand your RSVP and the reasons. Too much to do ~ sounds familiar ~ I've been packing and moving for eight weeks now and half of my huge collection of belongings is in the storage and the rest is on the floor in gigantic contractor bags!!! My Mom always said "Rome wasn't built in a day"
Hugs from Jensen :)