Back to the Future, past or something???

…      The only place in the United States where coffee is grown commercially is in Hawaii.

…      The state with the most millionaires per capita is Maryland.
Okay a trip back in time, but only in our minds. 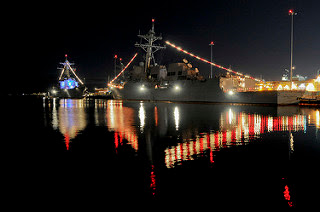 It was just after Christmas about 1967. I arrived in Norfolk, VA.  I was a seaman,that is at the E-3 paygrade. 3 steps above nothing. LOL I was 27 years old (50 years ago).  I was dazzled by the ships and subs that were decorated for Christmas, Beautiful sights as the lights reflected on the sea. 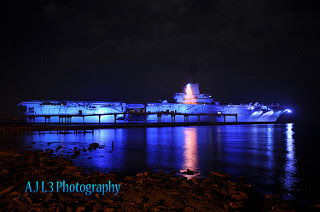 I was here for assignment. From here I was sent to school on IBM equipment. The state of the art ‘Card’ technology. Remember the punched card? Even most business checks were on a check patterned after the IBM Card. Then I was assigned to the USS Independence CVA-62 (one of the largest ships in the world).

Since we are only 50 miles from Norfolk, we had to drive down to see the changes. WOW At first we could not find the spot ‘where’ the trailer park had been.  Fortunately there was a railroad track just by the park so we could locate where we had lived and loved. 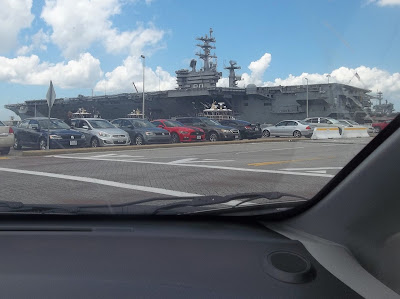 These ships are 4 football fields long and carry over 5,000 sailors. 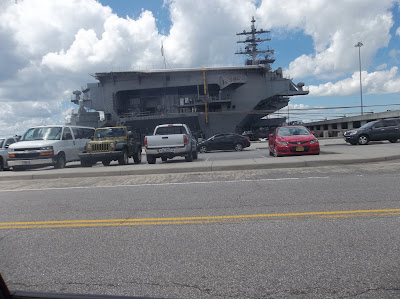 On base there had been 12 piers, the carriers tied up at pier 12. Many times Sherry and the boys waved good bye and welcome home standing on that pier. WOW now there are 14 piers adding two more Aircraft carriers. When I was aboard only one carrier was allowed tied up at one time. One had to be at sea for readiness reasons. 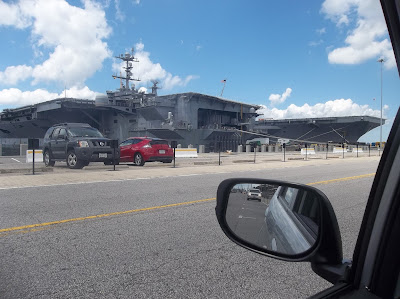 We were amazed Three carriers were in port. Presently 6 carriers are home-ported in Norfolk. All Nuclear Ships, no need for refueling at sea anymore.  Amazing what a short 50 years brings about.  Of course we only recognized the Pier area the rest has went through major changes like your own home town in the past 50 years.


We owned a house trailer at the time and moved it to Norfolk and found a trailer park about a half mile from the base. The cost was steep, $15 a month including utilities. That was 50 years ago. Prices have changed. LOL 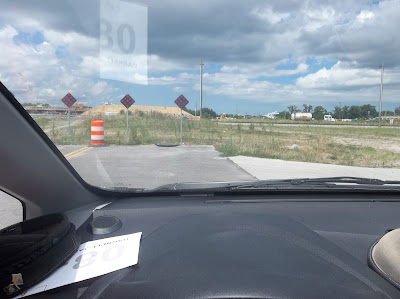 Above is where the trailer park WAS!  Just about where this picture was taken from.

Again the pictures are not very good. I would say I need a better camera, but mostly it is the photographer.  LOL
The old saying, the navy ship is “Haze grey and Underway!” This trip proves once again ‘you can’t go home’. Of course in this case ‘it ain’t there anymore!’ LOL
Nite Shipslog

Good one Jack. Time flies when you're having fun:)
R

Fascinating. fifty years really isn't as long as you would think.

I love remembering the occasional times I was able to go back and revisit those places I slept. This reminds me of that splendid song, "Don't Blink."

Interesting nothing was built on where the trailer park was. Wonder if the owners just were done with it being a trailer park and everyone moved on, but no one else wanted the land. And you are probably thinking, wow, how fast those 50 years went!

Nice to be able to take a trip back in time and remember how it was compared to now. One constant in this world is change. Nothing ever stays the same. Little did we ever even think that things would be the way they are today. Those ships are like cities unto themselves. Who knew they carry 5000 men and women. Not me for sure.

Its crazy how things can change in such a short period of time. I bet it felt odd seeing the site of what used to be.