The Eastern Shore via the CBBT


FACTS LITTLE CHILDREN HAVE LEARNED:
If your sister hits you, don't hit her back. They always catch the second person.
(We are now on the Eastern Shore. I am assuming this will publish we seem to have a good signal.) 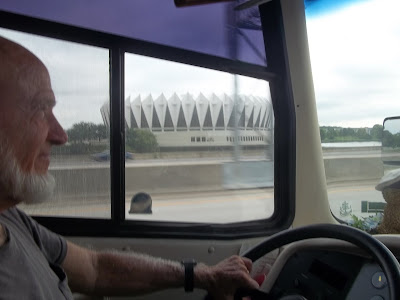 (This modern looking building is just before the Newport News Tunnel)
We went thru the newer short Chesapeake bridge tunnel from Newport News to Norfolk. It has north and south duel lanes, even in the tunnel. Then we traversed Norfolk seeing many familiar names since we lived here a couple years in the late 60’s. 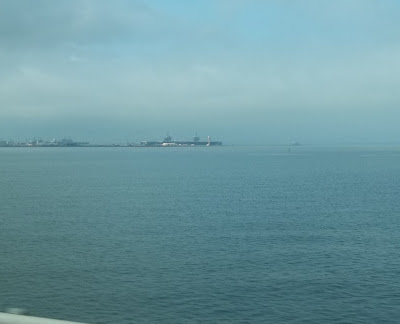 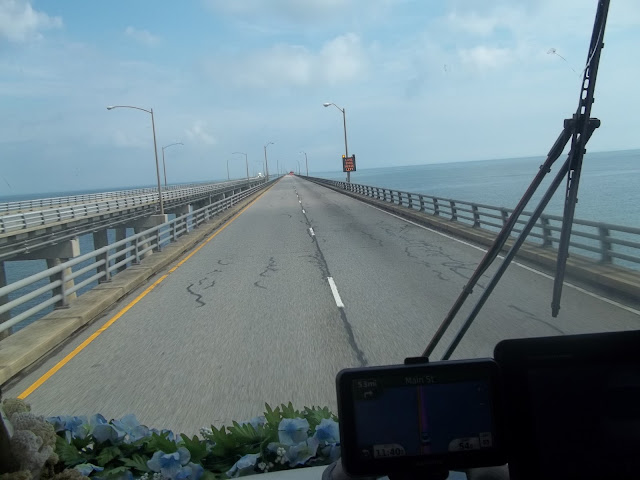 What a great day to travel, but not for photography. It was hazy but not wet. We got off to a good start, I didn’t hit anything or anybody.  I always consider that a good start. Traffic was rough in construction, but the coach rides much better with new RUBBER on the front. 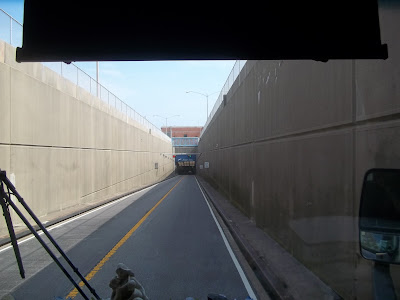 Entering and in the first tunnel 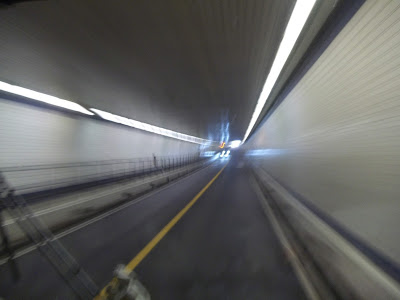 The CBBT is 17 miles across. A combination of long bridges and two tunnels. The bridges are dual lanes, North and South.  The tunnels however are one lane  both ways. So for tractor trailers and large RVs it is a good fit but a little tight. 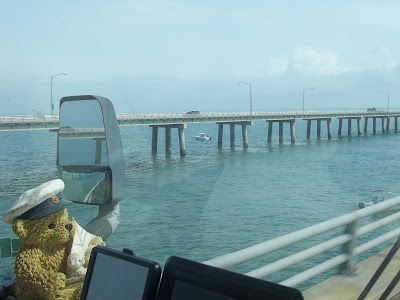 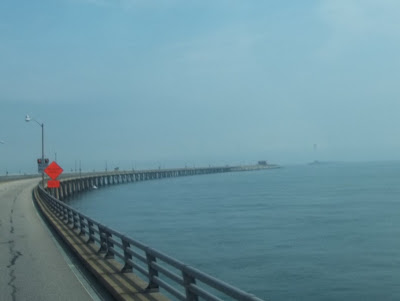 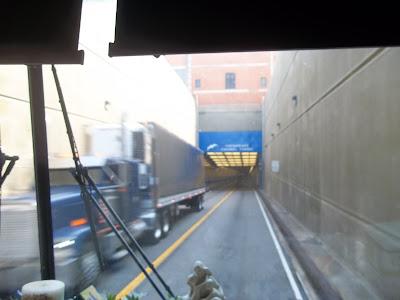 Entering and in the second tunnel 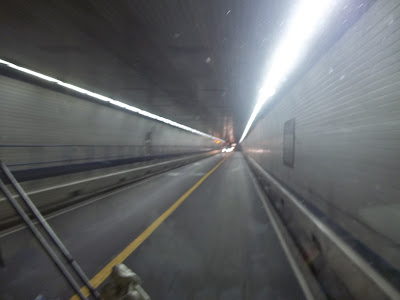 It is a beautiful drive the only high bridges are after the last tunnel, the bridge goes relatively high, that is the part that some folk don’t like about bridges. 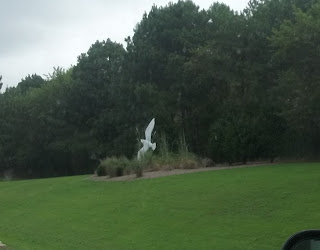 (I loved this huge gull statue just after the bridge)
The Eastern Shore was a surprise to me. Very sparsely populated so far, and mostly farm land. More potatoes and corn fields than we have seen since the Midwest. 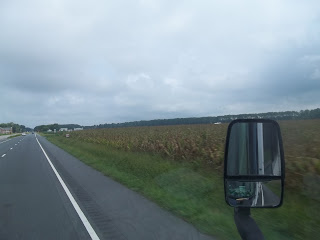 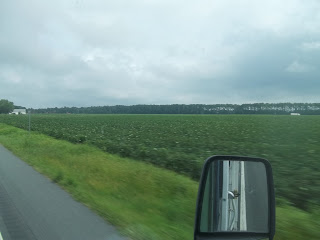 The roads were good until the last 5-10 miles on Upshur Neck Road. Thoughts went back to leaving Lynchburg on the narrow roads, no yellow lines. We only met one big guy and we both dropped off the shoulder to pass.  It was no problem since there was no other traffic and we slowed down to pass. 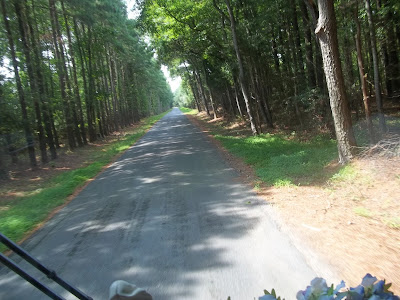 We arrived at Thousand Trails Virginia Landing. I was shocked, we did easily get one of the 15 full hook-up sights, with a few left over.  The park must not be too popular, lots of empty sights. But that always makes for a good stay. 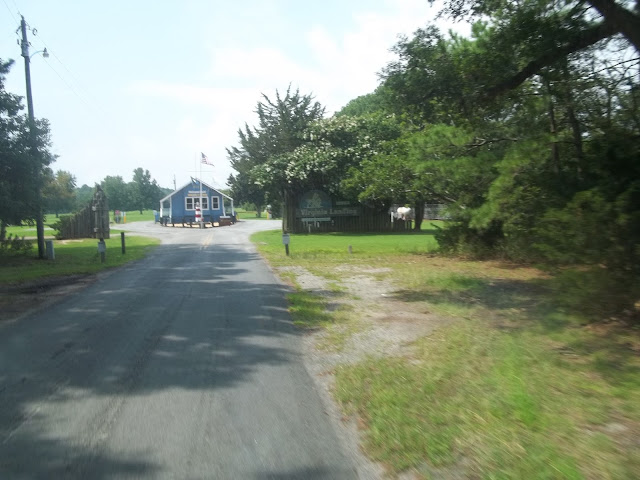 enjoy your stay. the eastern shore is a great place.

Wouldn't it be scary if you had car trouble in the tunnel? We still have red lights on the road to the ranch. I don't know when They will finish. John likes to still drive out that way and check to see if they have horses at the ranch. He was always so against that.

All that BEAUTIFUL water! (sigh.)
To tell you the truth, those tunnels would have me white-knuckling, clenching my jaw.

Happy to hear you snagged one of the elite spots. Rest easy!

You made it Captain. That was exciting. Glad you got a hook up, I never have been to the coastal area there and have always wanted to. Have a nice trip. sandie

Glad you made it there safely! Parts of that bridge I could handle, but not the high parts :)

Enjoy your time there!

Love the picture story. Those tunnels look scary tight and the bridge made my stomach flip. Im sure the view was beautiful from all that water to all that green! You kids enjoy your stay.

Keep out of trouble
Lisa

It was great to be able to share your travels. You did a great job with the pictures and I take it that along with a full hook up, you also go some good internet service there too. Enjoy your stay!

I see the good Lord rode in the center throughout your journey. You made it safe, have a great site and can still chat with us. Life is good! My stomach didn't like the tunnel tightness passing that rig but you made it and that's good enough for me. Have a wonderful stay. You have beautiful country to hike. How long will you be on the eastern shore? Sorry I couldn't get through to blogland yesterday but did leave you a note this morning.
Have a great one from our north to your east. love n' hugs.