The Circus (or Carnavel or Fair) 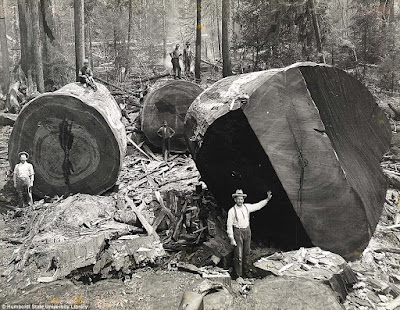 I am also prone to get the Circus, Fair and Carnivals confused.  Of those three what is the most interesting things you have seen there?  For me it was a Fair I think, and in Albemarle, NC. I saw a man tie his long hair in a knot hook a steel comb in it. The comb had an eye hook attached and he was hooked to a big truck. He backed up and slowly pulled that truck with his hair.
I have wondered about that a lot, I bet that dude did not go bald! 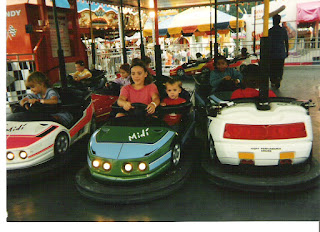 I guess all those games of toss the balls or hoops were  fixed some way.  They looked so simple to do but I could never hook that little Beretta pistol or switch blade knife. I always won a shell bracelet, a miniature stuffed toy or a candy bar.  LOL 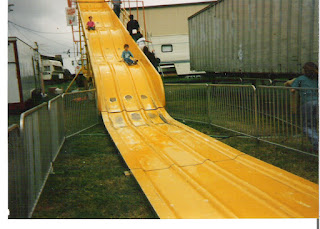 For a few years we had a few days camping trip with all our grand kids in the area. 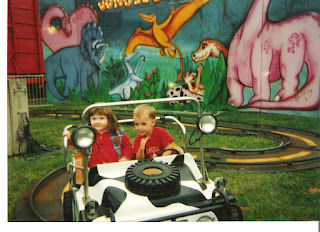 We went to Kings Mt. State park, then to the Cleveland County Fair. We and the kids had a ball. 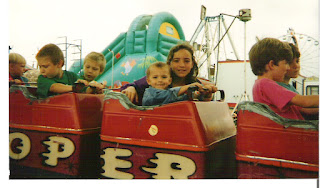 The kids loved the rides. the older grands took care of the younger ones on the rides. 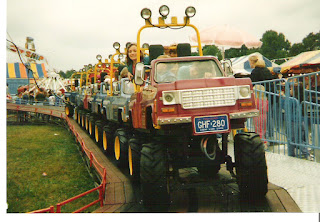 We also ate well. Nephew Ted and his Crew were always making and selling great BBQ at one of the booths.

Yeah, looking back I shoulda took a couple years off and did the Circus.  LOL

PS: Little known facts about the USA
Thanks.. Tony D.
A highway in Lancaster, California plays the William Tell Overture as you drive over it, thanks to some well-placed grooves in the road. 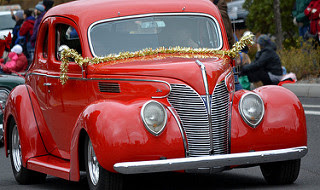 So I'm having fun trying to identify who is who in these olden pictures! Hard to say if the grands or their g'parents were having the better time!

Of the 3 choices, I think a fair is my favorite - on account of the livestock and the FOOD! Were I to join the circus, I'd love to work with the big cats. They seriously fascinate me.

Ouch to that man who pulled the truck with a beard.
I can't say much for carnivals.
I like Fairs then Circus.
There is a movie out called Show Time I think - i have been trying to see it for weeks and just can't get there - but it is about how the Greatest Show on Earth began and everyone says it is awesome.
sandie

Something I wonder about the fairs and carnival are just how safe are those snap together rides? I think if one ride is missing a few screws the carnies will just let it go anyway. I have only been to a circus once when I was little . The trapeze artist were my favorite edge of the seat stunts.

Up north there are plenty of fairs, my favorite. I love the horse barn and small livestock like rabbits, chickens,etc and looking at all the different breeds. There sure are a lot. I'd been to one circus and the carnival many times that comes to town. Love all the snapshots of the grands having fun.
You go grandma and grandpa D. I not a ford gal but I do love any of the yesteryear vehicles, especially the trucks.
love n' hugs from up north where the temp is still slowly melting the snow.

Since you asked, I'd like to be an Elephant in the Parade! One of my favorite Sarasota, FL places is the Ringling Museum of Art. Your Grands and Greats would likely love it if they haven't been there!!!

who hasn't wanted to run away with the circus. being a nice clown would be good.