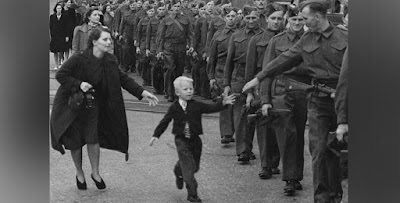 Back report, it is getting better. I can now touch my knees.  LOL  Once you work on houses you find that RV’s are a brand new game. I am replacing the day/night blinds and having a lot of fun.

I should never say I enjoy a challenge, but I think I do.
We had neighbors from down the street drop in today. We have few visitors, it was sort of a treat. He is a retired farmer, likes to talk and had some great stories. I learn a lot from him.  He has a very sweet wife. She says she now has no problem telling anyone who her favorite writer is, It is Jack Darnell.  Of course I love this lady.

When she found out I wrote, I gave her a book. In a few hours the husband came up and asked, what is the price of the book? I argued around with him some but he is more stubborn than I. Probably that up state NY thing.  LOL. Then he bought a copy of every one I had on hand. Next year I want one of all of ‘em for her.

We just pulled in here a couple weeks ago. I saw the next door neighbors out yesterday and went over to tell that we were going on vacation next Tuesday. They laughed. I think they are used to us moving in and out!
So you have aches and pains?

Do you  remember the patent medicine, ‘Hadacol?’ 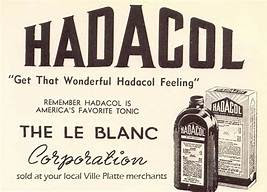 Hadacol was a Patent medicine popular in the United States in the 1940s. It was developed and marketed by Dudley LeBlanc, a Louisiana entrepreneur and state senator. LeBlanc claimed that he stumbled upon the recipe when his own doctor administered a seemingly miraculous treatment that, LeBlanc claimed, brought him back from the point of death. LeBlanc made outrageous claims for the medicine, marketing it as a cure for virtually every illness, including cancer, diabetes, arthritis, Epilepsy, and hay fever. Hadacol enjoyed enormous popularity on the U.S. market, even though it consisted mostly of alcohol and vitamins and had little medicinal value.

Big joke among boys was: Why do they call it Hadacol?
ANS: Because they had-a-call it something!
Nite Shipslog 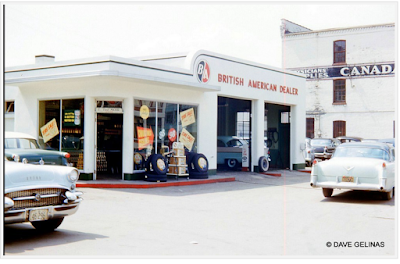 Glad you're back is better. I think a hurting back is one of the hardest pains to deal with. I think they used to advertise Hadacol on the radio. There was some kind of black tonic Mama used to give us that had the most horrible taste. Melvin used to love a challenge. He loved to be able to fix something that no one else had been able to fix.

Glad you are feeling better and able to be working on those blinds. But take care, that is not an easy job. Nice to have good neighbors like yours and a fan of your books too ! It is hard to think of you all going on vacation. It does seem a permanent way of life for you ! Happy Sunday!

Well, I mean, your books ARE that good!!
Glad your feeling better.

Hi Jack :) Thanks for mentioning and remembering the pugs :) I never heard of Hadacol but you know, a little alcohol with vitamins does me wonders lol! :) I'm glad you're feeling better!

Lol on the Hadacol and it's ingredients. It would cure me. lol
Glad you're feeling 'more better.' When my back gives me grief, I lay flat on the floor or the bed and gently pull one knee at a time to my chest, then both together. gently tho. It helps and that ice I mentioned. We saw our neighbors yesterday too, only we were the surprise visitors. They have a new baby ram that I just had to pet. Oh but, my oh my, he is a cutie.
love n' hugs from up north of many borders between us

I'm so relieved to learn your back's better! And what a treat, getting another 'groupie'! Imagine she, like so many of us, find comfort in good-news stories.

I'd not heard of Hadacol, but the back story is sure funny. The Old Vermont Store prides itself on selling stuff gone by the wayside. I should check them out (or eBay even) to see if it's on their website. Wouldn't that be a conversation piece?!

I too am glad your back is better - you need a good back to get all you do done! I haven't heard of Hadacol - but it sounds good! lol

glad your back is better and that you're working on the blinds. hope you get them changed out.