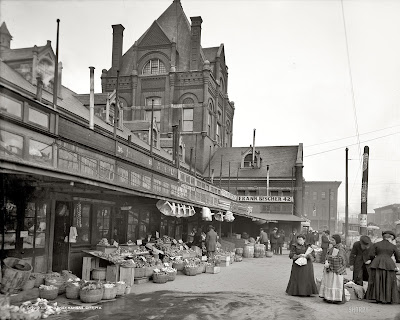 ( I cannot fine one winter pic from MO) 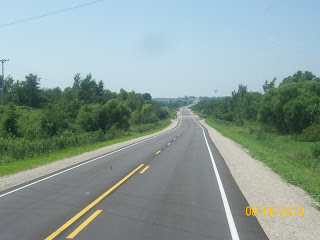 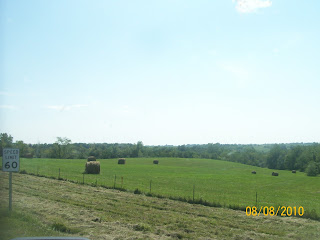 We had a rough introduction to the state of Missouri. I was stationed at Biloxi MS, at that time temps in the 80s. I received orders to north central Missouri, Kirksville. We towed a 42’ x 8’ house trailer with a 1955 Ford.

We reached Missouri on freezing roads and snow. We got stuck on a hill and met the first Missourians. ‘Good Samaritans’, they helped us get the outfit up an icy hill, using a truck chained bumper to bumper, the driver backed up the hill towing our whole outfit. All they would accept was thanks. From that moment on I loved Missourians.

We arrived in Kirksville in -13 degrees. Found a trailer park and tried to settle in. Our neighbors, the same as the pan handle guys, were all ‘help’.
(Passed this Amish farm with kids playing, a very happy bunch) 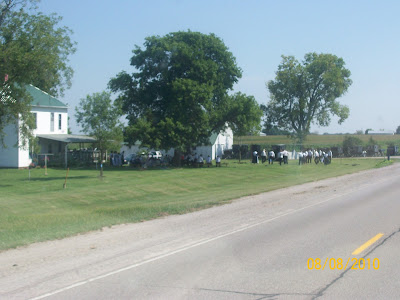 Being from the south we had wrapped our water pipes with paper to keep them from freezing. My neighbor smiled and introduced me to ‘heat tape’. I mentioned we parked the trailer in freezing weather. A month later I was at work and Sherry called, concerned, the trailer just moved! (I also learned of the frost thaw!) We re leveled our house. 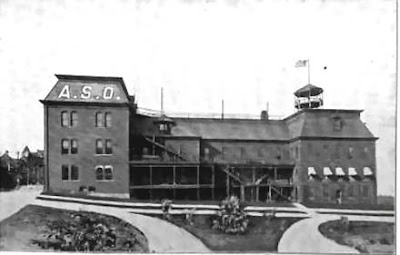 
Missouri taught me a lot. I had never heard of Osteopathy. A.T. Still University, Andrew Taylor Still, M.D., D.O., founded the Kirksville College of Osteopathic Medicine in 1892. It was the first institution of osteopathic education in the world.
NOW! 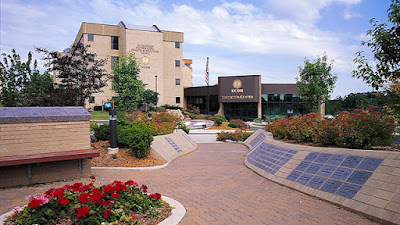 The skies are BIG & CLEAR as in Texas. One Sunday night, driving home from church, Sherry and I witnessed a UFO. We both saw it. Very strange. It went from East to west and returned west to east across the entire view-able sky. The speed was in the thousands of miles an hour.

I reported it to AF StragicAirCommand headquarters and was told I did not see it. It was a machine malfunction. I said, “I am not talking about a scope sighting, but a clear eye sighting. I was informed, as a uniformed member, wisdom would say forget it since I was wrong. So being a low ranking guy, ‘They showed me!’  LOL

We spent several years in Missouri.  For us, that was a long time in one place.
(Sherry's mama was with her when she birthed our sons in Mississippi and Missouri. Mama with Jack Jr. Holding Mark.) 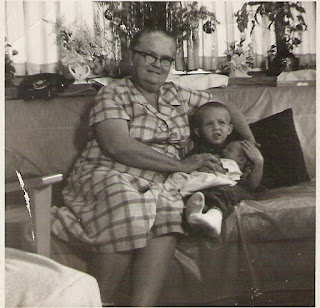   The 'Show Me State' expression may have began in 1899 when Congressman Willard Duncan Vandiver stated, "I'm from Missouri and you've got to show me."
  The first successful parachute jump to be made from a moving airplane was made by Captain Berry at St. Louis, in 1912.
  At the St. Louis World's Fair in 1904, Richard Blechyden, served tea with ice and invented iced tea.
  Also, at the St. Louis World's Fair in 1904, the ice cream cone was invented. An ice cream vendor ran out of cups and asked a waffle vendor to help by rolling up waffles to hold ice cream.
  Missouri ties with Tennessee as the most neighborly state in the union, bordered by 8 states.
  The state animal is the Mule.
  St. Louis; is also called, "The Gateway to the West" and "Home of the Blues
***     ******* This is the 1955 Ford that towed that 42x8 foot trailer you see in the background . 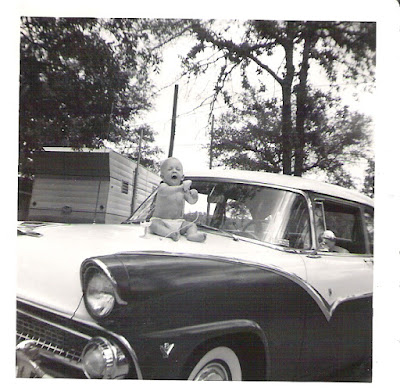 Wow! That's sure some welcome to Missouri! One of my favorite folk/former blogger is from the "Show Me" state; I'm going to send her a link to this post.

Boy, that stinks about the AirCommand telling y'all what you saw and didn't see. Same thing happened to my dad and mom when he was working security for the A.E.C. What to do? Don't get me wrong, I'm no UFO enthusiast/chaser, but certainly don't DIS-believe other life forms exist. How conceited of us to believe otherwise, you know?

Okay there are some GREAT people out there aren't they - wish we would hear more about them.
Do you believe in UFO's?
And grandma's looked so much like grandma's back then didn't they?
Lastly you have had a wonderful life.
sandie

glad you had someone help get you up that hill. i believe you saw what you saw.

I am familiar with heat tape. It's what keeps my pipes from freezing up in the winter. I found out the hard way, that I do have to keep the temperature higher here in my new home that I previously did. What a wonderful picture of your Mama with Mark. What a treasure. I do love waffle cones and it was interesting to learn how they came into being. Looks like your stay in the SHOW ME state was a good one !

That was an eventful welcome to MO, and y'all good fortune to encounter those helpful folk. More than once I heard my Mom use that expression "stubborn as a Missouri Mule!!!
Love the pics of the Ford, Sherry and those boys

I love the rolling hills and vales of MO. We visited many of the kind folks there when my sister Cher lived there. I'm glad you made that hill. As for the UFO, of course you saw it. I believe there is life other than our world., God made everything possible. The photo of your Mama with the boys is very precious. Photos do keep our loved ones so close at heart. I love the info of each state at the end. You educate me.
love n' hugs from up north where it's 19 degrees today. I'm grateful for the sunshine.