Over the Rockies in Colorado 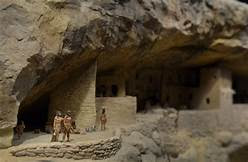 Leaving with a view of Colorado Cliff Dwellers. 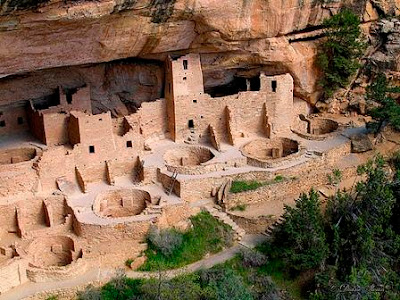 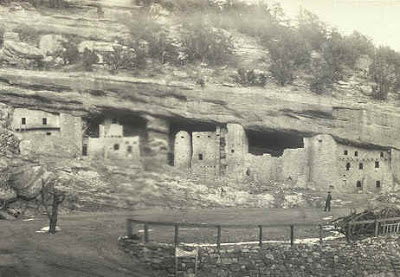 Over the HUMP!
I am only covering a small part of Colorado. Normally going across country we turn north at Denver and avoid the tough Rockies. Once we decided to bite the bullet and take the Motor home over the Rockies. There are always the nay-sayers: There are times diesel engines don’t work well in high altitudes. Etc. We are glad we took a new route. The views were fantastic and the grades were handled by our diesel very well.
We have driven in the Appalachians, but the Rockies have what they call the fourteeners. The Rockies are a part of 3000 miles of mts. Alaska to Mexico. The centerpieces are the peaks over 14,000 feet, or "Fourteeners", as they are affectionately referred to by climbers. There are 52 Fourteeners in Colorado. The tallest Mt. East of the Rockies is Mt Mitchel 6,684, and in our home state of NC. You can see the altitude difference: 14,000+ and 6.684. 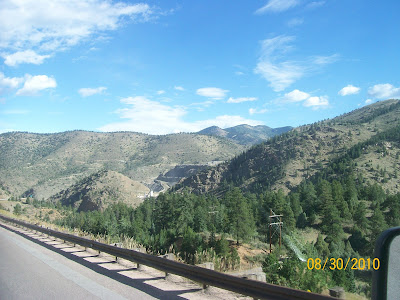 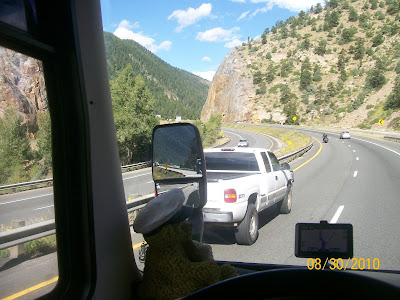 So, when we reached The Dwight Eisenhower Memorial Tunnel, the highest auto tunnel in the world, This Cummings engine had pushed us over our highest point ever. It is bored at an elevation of 11,000 feet under the Continental Divide it is 8,960 feet long and the average daily traffic exceeds 26,000 vehicles, so we definitely were not alone. 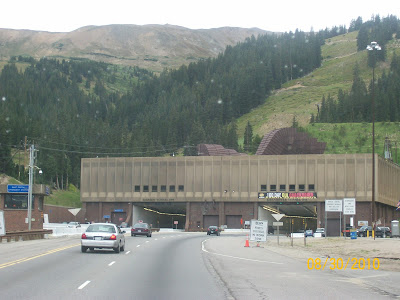 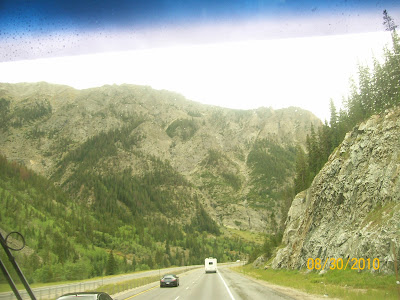 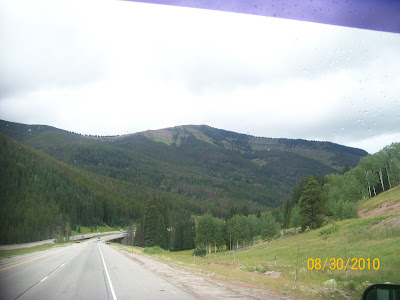 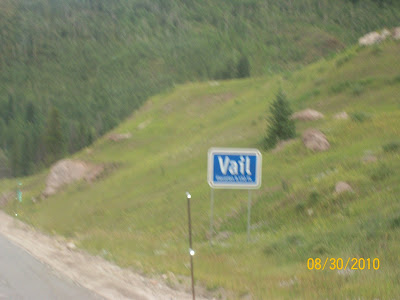 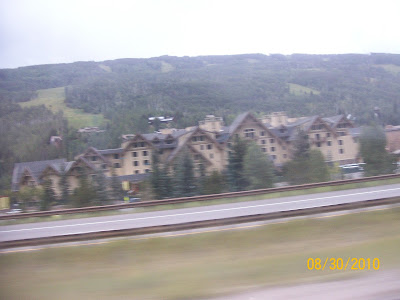 MY MOST favorite PLACE, THE ROCK SIDED GORGE FOR MILES! 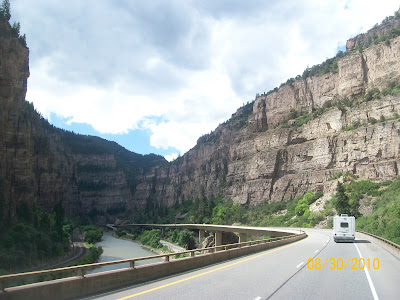 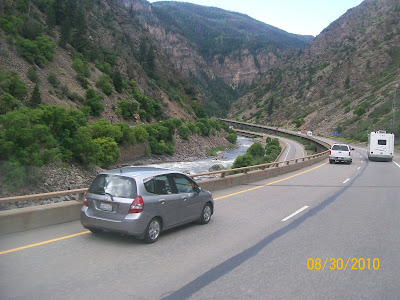 This was my most favorite drive in the lower 48!
Next entry a change of plans!

1.  Mesa Verde features an elaborate four-story city carved in the cliffs by the Ancestral Pueblo people between 600 and 1300 A.D. The mystery surrounding this ancient cultural landmark is the sudden disappearance of the thousands of inhabitants who created the more than 4,000 identified structures.
2.  The Kit Carson County Carousel in Burlington dates back to 1905, making it the oldest wooden merry-go-round in the United States. It is the only wooden carousel in America still with its original paint.
3.  The Durango and Silverton Narrow Gauge Railroad has been in continuous operation since 1881 and has appeared in more than a dozen movies including How the West Was Won (1963) and Butch Cassidy and the Sundance Kid (1969).
4.  The highest suspension bridge in the world is over the Royal Gorge near Canon City. The Royal Gorge Bridge spans the Arkansas River at a height of 1,053 feet.
5.  The world's largest natural hot springs pool located in Glenwood Springs. The two-block long pool is across the street from the historic Hotel Colorado, a favorite stop of former president Teddy Roosevelt.
6.  Colorado's southwest corner borders Arizona, New Mexico and Utah the only place in America where the corners of four states meet.
7.  Colorado's first and oldest military post, Fort Garland was established in 1858 and commanded by the legendary frontiersman Kit Carson.
8.  Florissant Fossil Beds National Monument near Cripple Creek is a lesson in history set in the one-time shadow of the Guffey Volcano. The volcano erupted millions of years ago, creating fossils and leaving the valley filled with petrified trees.
9.  John Henry "Doc" Holliday's brief and tumultuous existence led him to Glenwood Springs where he succumbed to tuberculosis and died at the Hotel Glenwood on November 8, 1887. 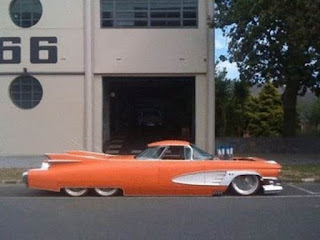 Maybe four rear tires are a little much!

How interesting about the "Fourteeners"! Another example of Things.I.Wish.My.Teachers.Had.Discussed. One of my all-time favorite excursions was a drive from Breckenridge (where we were staying) to Vail for lunch. Were $$$ not an issue, I think living in Vail would be like Heaven.

..... Then again, I doubt the residents are as friendly as we've encountered in the South!

I have never heard of the Fourteeners. I did not know that the Rockies went 3000 miles from Alaska to Mexico. You are a vast person of knowledge!!!

Just seeing these winding roads with cliff hangers make me wooozy. I flew through your post now get back down to sea level. Haha.

You always have something interesting to tell when I wake up in the middle of the night and this post is very interesting.

I never knew just how much higher the Rockies are than the Appalachians. Quite a distance for sure. The views are amazing. I do remember flying over those mountains going into California and my ears haven't been the same since. By the way the car repairs were expensive, but it is running once again and still it's better than making a new car payment.

WOW is all I can say. I loved the city in the cliffs. How in the world?~
The rock-sided gorge is awesome. An another 'how in the world?' I see why it was your favorite drive in the lower 48. God sure created a diverse world of scenery for us to see through your eyes. Thanks for that. I sure loved seeing CO. It's on my ' maybe someday ' list.
love n' hugs from up north where we did get more snow during the night., with more on it's way this afternoon....woe is me~so we continue hybernation