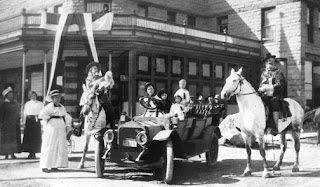 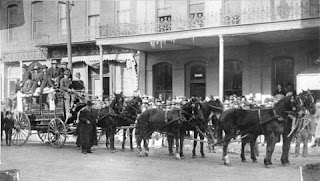 I love people. As I age and with my hearing being bad, I mix less and less. But remembering people I have talked to in all 50 states most were Good Guys. The western states, being cowboy states, I enjoy the most.
Once leaving Yellowstone we took the Eastern exit towards Cody. Dick and Kat were following in their coach. That visit was after the terrible fire that burned many acres of Yellowstone. 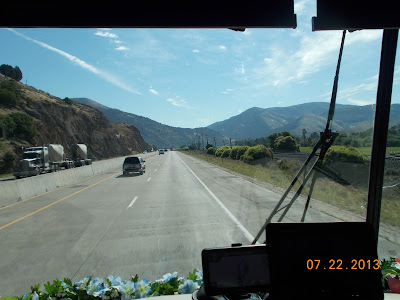 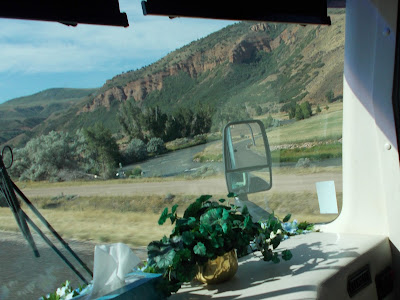 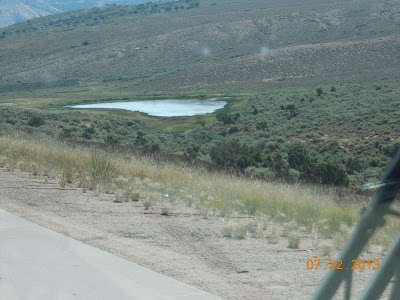 Above is the terrain out of Yellowstone, below is the fencing for snow I mentioned before. 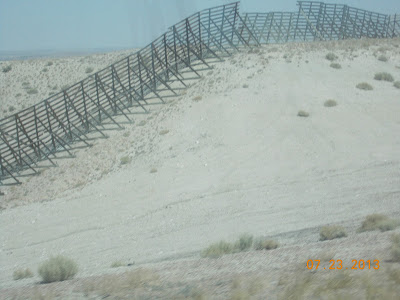 I chose the route leaving because of an interesting advertisement at a welcome station. “You are invited to visit Basin, Wyoming. The city offers full hookup for RV’s for free, come visit us!” 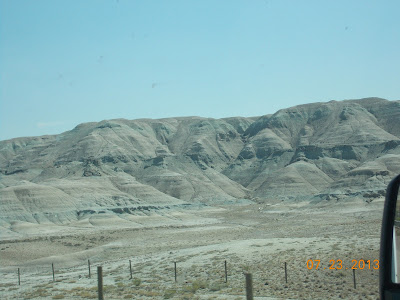 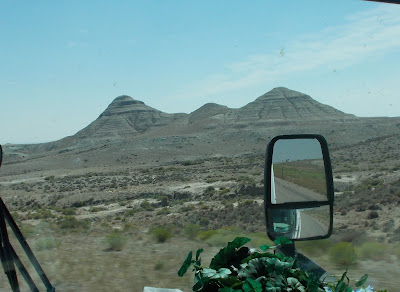 Below was the terrain near Basin, we had hit the prairie country. 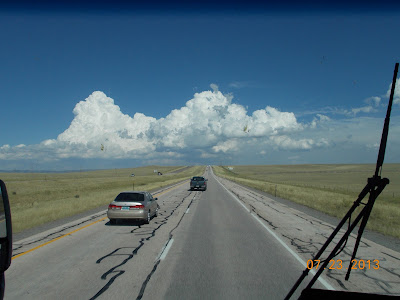 Basin (Population 1267 souls) is the county seat of Big Horn County. Small café, good food and an adjoining thrift store. Funny that, Sherry was cold and bought a sweater for 50 cents, convenient.

The free park had no vacancies so we chose one for $10 a night on the honor system, money in a card board box. (You like that trust?)

We were parked just beside the Big Horn County Fair. I wanted to go. Everyone else was too tired. There I was introduced to something I will not soon forget.

The crowd was coming in. A pickup pulled in beside me in the field and parked. Everyone spoke. A little cowboy about 6 jumped out of the truck bed and said, “See you later Dad.”

Dad answered laughing, “Find someone you know and hang with them, we will find you later.” I stood there in awe. My mind going back to the late 1940’s when that could have been me at Camp Meeting, with dad or mom not worrying one iota about my safety.

I looked up and said, “Lord we have lost a lot back east, this is REAL.” I enjoyed the rest of the night just as much.

Nellie Tayloe Ross was the first woman to be elected governor of a U.S. state. Till date, she was the only woman to have served as governor of Wyoming.

Wyoming is home to the pronghorn, the fastest mammal in the Western Hemisphere.


I love some singing Cowboys even in a newer Pickup! 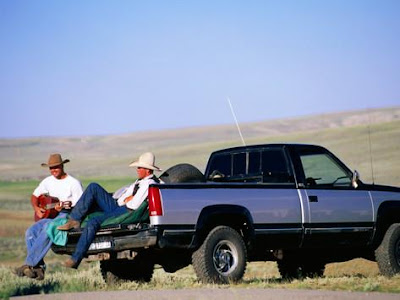 I LOVE that Big Horn County Fair story! Wouldn't Child Protective Services have had a stroke? Nice knowing places like that still exist.

The basin café and thrift store sounds like someplace Sean of the South would enjoy visiting, doesn't it?

I am headed for Missouri next, about the middle of the alpha listing! Stick around.

a warm sweater for fifty cents. what could be better than that?

It would be a beautiful thing if we could all live like that. Honestly and trust like that is hard to find these days. Your trip out of Wyoming left me with a good feeling for sure.

Well I'd rather pay the 10.00 to stay next to the fair than to get a free spot. I wish it were so easy around here now days where we could let a 6 year old jump out of a bed of a truck and not worry where they end up.
cute story and for the record, I figure all your stories are true!

Kudos to Wyoming for respecting their liberated women!!!

Looks like a lonely drive to me to be honest - but I do have to say - that story - wish times were like that again.