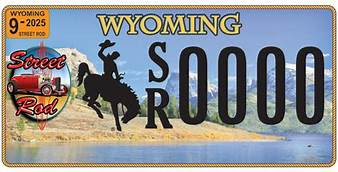 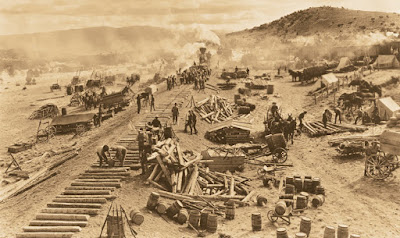 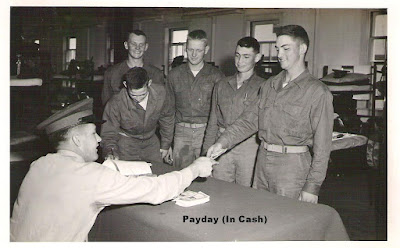 (That is actually me signing for my monthly pay)

In the USMC at change of command our Company received Major Zeller. His first announcement was: “Stand at ease troops. I consider it a privilege. Da da da da etc. BUT for my entire Military career I have been last in line for payday. Some lines so long PVT Adams was having a beer at the ‘slopchute’ (Club) before I was paid. So now I am in charge and on payday we will line up alphabetically backwards, for the first time in their lives the Zintan’s and Williams will be paid before Pvt Adams! Dismissed!”

So tonight Imma bounce around, Wyoming will be in the small spot light.
We were introduced to Wyoming in 1983. We drove the south end. Beautiful country leaving Utah and driving just above the border of Colorado. One thing you notice is the wind. The newbie notices fences along the road. You learn later that they are snow fences. The snow makes a mound and forms a good barrier to keep the much of the windblown snow off the roads.
I will skip ahead many years to the same route. We misjudged the weather and left Salt Lake City too soon.(We began to get worried when the ice started building up on the wipers.) We were caught in a blizzard that shut I-80 down. 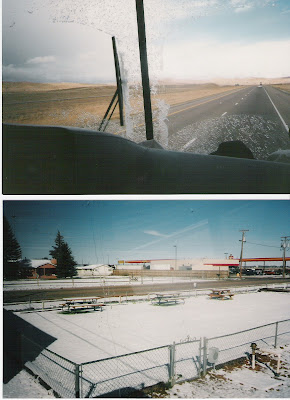 We found a service station that let us park until the roads were opened again. After a day we were on our way again. I met some very friendly and giving folk. WE find that in every town and every stop. This country is filled with great folk.

(On another cross country we saw Jackson Hole again. ) 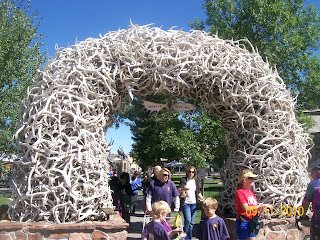 (The above arch is made of Elk antlers, one of at least 3 arches.)

Jackson Hole is located in Wyoming just below the “Yellowstone Nat’l Park. The country there is gorgeous overshadowed by the famous mountains, The Grand Tetons. 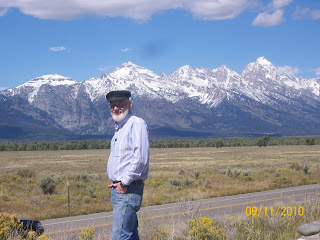 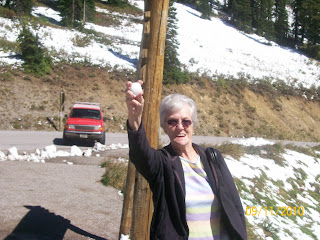 Sherry threatening to snow ball me in the pass above Jackson Hole.
Nite Shipslog

1.  Wyoming's license plates feature a man on a bucking bronco.
2.  Wyoming was the first state to give women the right to vote.
3.  Yellowstone is the first official National Park (1872)
4.  Devils Tower was designated as the first National Monument (1906)
5.  The city of Gillette has the largest High School in the state (Campbell County High School)
6.  The first coal mine in Wyoming was in Carbon in 1867 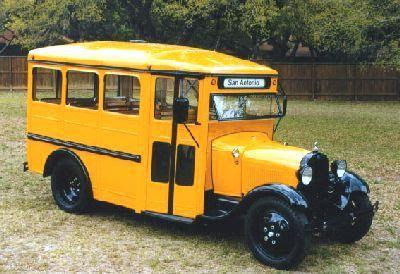 My whole school life, everything was alphabetical. My last name started with an M so I was always in the middle. I didnt mind.
I love that school bus! I would love to make a camper out of it!

My life was alphabetical too.

I have never been to Wyoming. I loved the facts on it. So when you got caught in the storm did they have an inside place for you to stay? And snow fences. I don't think of snow in Wyoming but I bet it does. Love the arch of antlers! Very interesting...sandie

My best friend during grade-to-high-school years was very proud of having been from Wyoming. In fact, the front of Liz's Morris Minor featured a Wyoming plate with the bucking bronc!
That's an amazing photo of you before the Grand Tetons ... and Sherry's near pitch cracks me up!

P.S.! I meant to add, I love your Major's sense of humor. With the last name "Willer" my dad hated alphabetical rituals.

first and only time i was in wyoming was in laramie back in 1966. you have some great memories jack.

My maiden name began with an A and many of my school years I was in the line up first. My desk was often the first in the school room too. I don't mind a little change in the way your alphabet has been rearranged at all. Every place you visit is new and exciting for me. We have snow fences that go up in the winters here too to keep the snow from drifting on the roads. They work. We could even see a mix of that white stuff today.

I've never been to Wyoming but I line danced with a woman from there. I always thought it would be a place I would like to go.

Sherry is so cute in that photo! :) I love that archway, how beautiful, work of art! :)

LOVE THAT SCHOOL BUS!!! More amazing pics, those Grand Tetons are beautiful. Have heard and read of Jackson Hole, sounds like a great town. Agree with Taryterre above, you have some great memories!

No one can ever take all those beautiful memories from you and Sherry. You have truly been blessed. The Tetons are gorgeous, as well as yourselves. What a wonderful life. I once painted the Devil's Tower on a deer skull for a young man who harvested his first deer near there. I also love the little school bus. Sweet~ Nothing fun about windshield wipers icing up. Been there. It was my longest ride home. I'm still honored to know you, the ultimate military man. Payday in cash, WOW!!!
love n' hugs from up north where we STILL are getting snow in April. not right