Historical Photo:
The ladies said, "So There, we can vote and catch fish!" 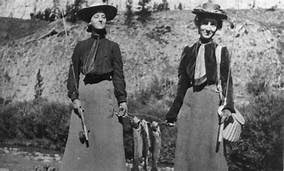 Mostly the park! (All Photos from the web, could not find mine!)
Up in the northwest corner of Wyoming is one of the most popular National Park in the USA, “The Yellowstone”. The first trip to Yellowstone we parked the RV in Gardiner, Montana and drove the tow vehicle into the Park. 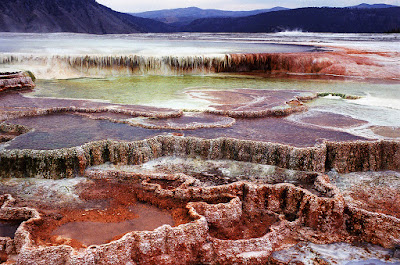 First off, just after the entrance, you come to a small community called Mammoth. I was amazed, the Caribou were everywhere. Up on the porches in the roads, on the sidewalks.  The first real natural beauty you see is the Mammoth Hot Springs. The chemicals in the spring react on the rock for fantastic colors. 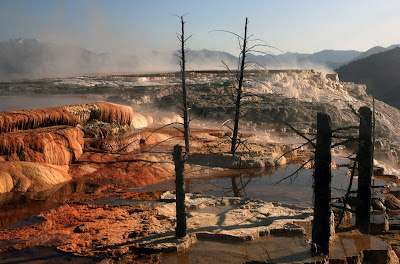 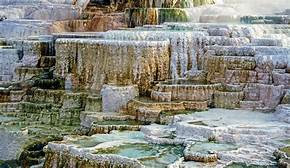 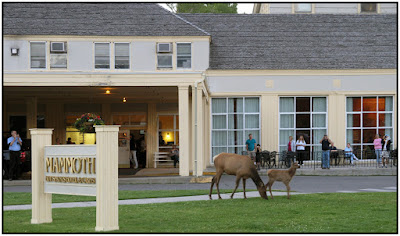 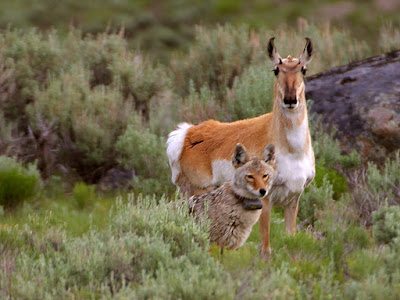 The wild life here is so plentiful you have time to observe their beauty up close without then running off. Mostly buffalo, elk, caribou, deer even bear but a wise person is careful around them all. 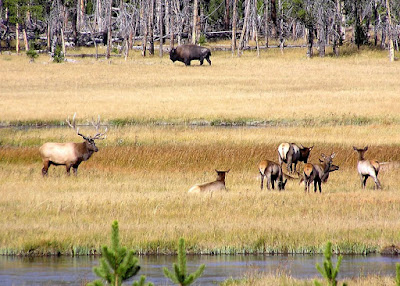 Of course everyone must watch ‘Old Faithful’. I made the mistake of thinking it was huge.  It is big, but its claim to fame is it spouts on a regular basis. Every 91 minutes! 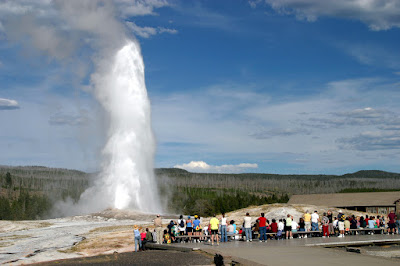 Our first trip it was just Sherry and I. We did a lot of walking thru many of the natural attractions.  One thing I did not know was Yellowstone has its own ‘Grand Canyon’ and it is much greener than its name sake but not quite as HUGE! 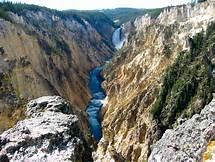 (We could see the falls in the distance, it was beautiful!)

I am not an explorer, but if I had been when the ‘early explorers’ reached this area, I would have taken my horse and hit the trail. 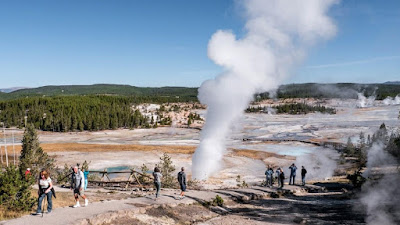 As we walked around thousands of places throughout this park steam was coming from holes and cracks in the earth. You get the feeling this place could go any minute.  Yellowstone lives up to its billing and worth the time for whoever can make it.


The largest coal mine in the USA is Black Thunder located near Wright.
Wyoming led the country in coal production in 1994 with 3 million tons per week
The JC Penney stores were started in Kemmerer.
The first Dude Ranch in Wyoming was the Eaton Ranch, near Wolf. The Eaton's also came up with the term "dude"
The Horse on the Wyoming license plate has a name, "Old Steamboat". It is named after a bronc that could not be ridden back in the oughts or the teens. 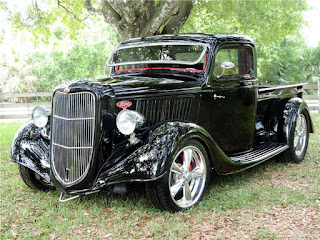 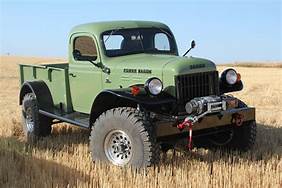 I'd no idea any of this! Pretty sure it was Yellowstone where my parents honeymooned; I'll have to look for that scrapbook.
Guess I'm not a 'wise person' at all, on account I'd seriously want to pet all the wildlife.

PS - Neat to know that image on the license plate was a real horse with a cute name!

Definitely a lot of good information today and most of it was new to me too. I'd heard of Old Faithful of course and can only imagine what the first explorers must have thought about it. It's amazing that she spouts off every 91 minutes without fail. Natures is so wonderful and quite miraculous. I'm enjoying every moment of your travels.

I'd have a hard time taking a nap in Yellowstone, as I wouldn't want to miss a thing. You know how I love the wildlife and do respect their boundaries. Afterall, it is we who enter theirs. Speaking of that, we had a bobcat in the cabin yard where I have a trail camera active. Quite amazing to see that.
The wolf with the pronghorn is Not a natural siting...amazing to see. Ha!
loved the truck with the winch on the front. I can see it pulling the park folks out of a fix or two. lol
love n' hugs from another one totally enjoying travels with you through your beautiful photos and stories. Hugs to your lovely bride too