Historical Photo:
A tired prospector in the Klondike. 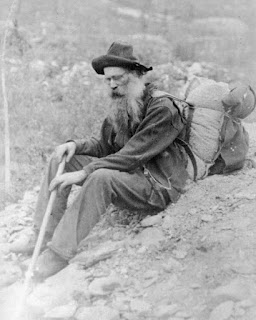 I told my skipper (in Key West) once, I needed two weeks leave to go to North Carolina and buy a house and settle my wife and family in.

He looked at me like a cow looking at a new gate, then he said, “Chief, you have never bought a house before have you?”

“I will approve two weeks leave, but you will not find and buy a house in that short time. That is impossible!”

The first couple days I learned I was a ‘little ignorant’ and I began to sweat. BUT at that time you I learned something, one could pay a borrower and ‘assume’ his loan. In the second week we found such a place, one block from Sonny and Colette (Sherry’s sister). It took one day, we paid $2000 (in savings bonds) and assumed a $22k loan. Lawyer’s fees were less than $150. A nice 3BR 1½ bath.

I went back to the base in Key West and informed the Skipper, my wife was living in OUR house in Charlotte NC. He was shocked.

I said that to tell you that the purchase was God sent. I got to know Sonny (BIL) better and we became BEST FRIENDS. I loved the BIG 3’ oaks at his house.  When he told me he had planted those 55 years ago, I almost fainted.

NOW, about 22 years ago I built the house we are parked behind. At the time I made three 5’ swings because I was a cheapscape, at the hardware they were $90 each.  LOL I used the metal that had blocked the road we had bought with this land, to hang the swings. 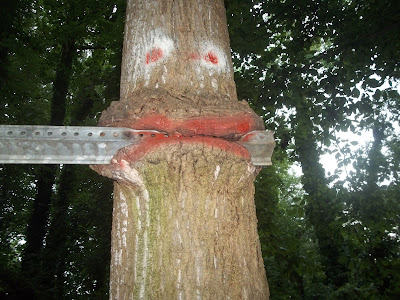 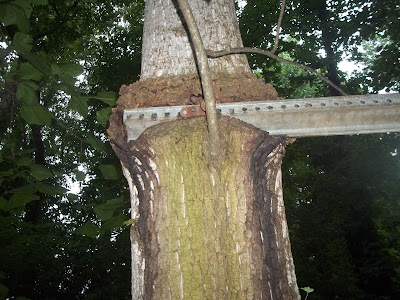 Now that we are back I look at the metals left and the popular trees have eaten them. 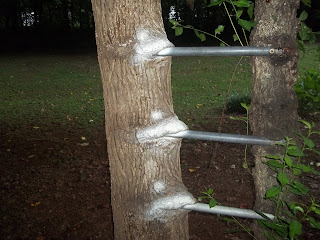 About a year after the swings I built a tree house for the grand kids. The tree house is gone but here are the rungs of the ladder they climbed to the tree house. How could this happen in MY life time.  It is not a 3’ oak of course, but it has also only been 22 years.

As I remember Rick W over in Alabama has some pretty good size trees he has planted.  To my ‘honor’ I also went to the woods and dug up some trees and planted them at that house we bought in Charlotte. They are pretty big themselves.

All that means is: proof exists that Jack is getting OLD (like the prospector at the top of the post. LOL). 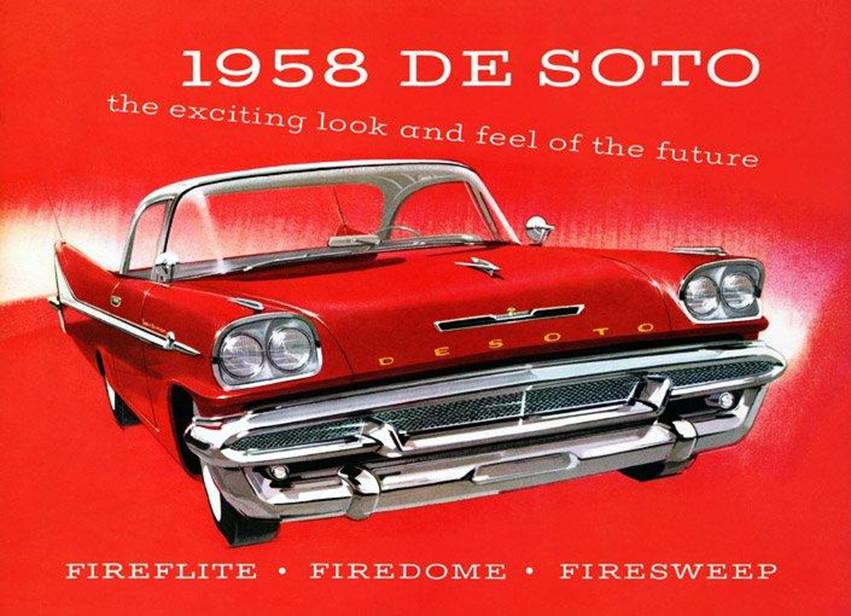 Your 4th image is so funny … and the rungs? Poignant!

For some reason this post reminded me of my grandma's farm kitchen … painted (ugh) Pepto Bismol pink where one wall boasted horizontal pencil marks and dates denoting her grands' growth. (I say 'boasted' because the little house no longer stands, save in my mind.)

That must have been some tree house! I bet the grand kids loved it!

remnants of what was dot your landscape. pretty impressive.

Nice to see the PROOF the trees cannot lie. They are a constant reminder that time passes by.

I like the one with the face painted - good sense of humor. We are all growing old - hard to believe right?

Just remember, We are only as Old as we feel, this morning I was 20 years old ! Some mornings I am 90 years old ! Interesting how trees will take over items, including vehicles, houses and any place a root or branch can grow !!! Hope you and your Honey are doing OK !!!! Take Care of yourselves ! Gary

Those trees do tell a story. At my grandma B's old homestead area, home is gone, but there still is a trees trunk being pinched as it grows within an old tire. We all grow not so old as wiser with life experiences. Stay busy and full of life, my friends.
loven'hugs from up north where I met several 2nd cousins today. Life is good.

Oh I remember having a trree house. We would build anything that could be made with wood, nails and a hammer. Never built a swing though. That looks cool how the trees are eating the metal.