Not THE destination place for me!

These bullets were found on a battle field in WWII. can you imagine the odds of two bullets meeting? 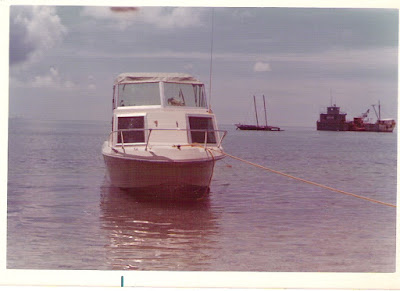 But today: Then there was Key West. I have sort of a love hate relationship with Key West.  We lived there three or four years. We owned a 24' Cuddy Cabin to fish from. Sleeping quarters to rest in. 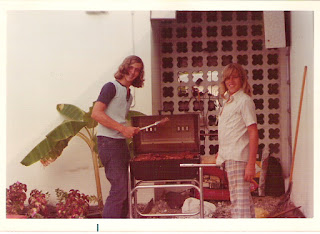 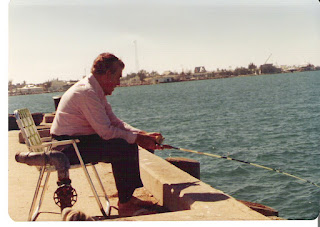 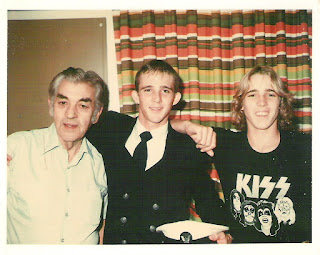 Son Mark loves KW and returns any time he has a chance. Son Jack is sorta like myself, eh----. Sherry likes Key West but not her favorite place.
To clarify, the weather is great. The fishing is fantastic. Florida lobster can be netted. Key West is the only place I allowed the boys to play hooky once and we went fishing all day. The water was calm and our depth finder read 125 feet and you could see the bottom as clear as a bell.
One particular time we spotted a Jew Fish, he actually appeared to be as big as a Volkswagen. The boys loaded the biggest hook with the heaviest line we had, baited it and dropped it just in front of Mrs Volks. She was having no part of it. Jack was guessing a 1000 lbs. “Dad, that sucker is worth $3000 at the pier. Jew is selling for about $3.”
Laughing I said, “What are you gonna do with it if you hook it? We could never bring it aboard, and if we did it would kill us with it’s tail.”
Mark said, “WE will tow it in.”
With all the talk and excitement the fish was not interested in going to the pier to be sold.  HA!
Today we received an e-mail from Mark. Yep he is in Key West. He is there with Kenny & Windy. Kenny and Mark met in Key West and have remained friends. Kenny now lives in the Melbourne area.
He reminded me of a pier Dan Doughton and I built for our boats. Evidently he and Kenny are on a boat close to where we lived.
He sent a picture: 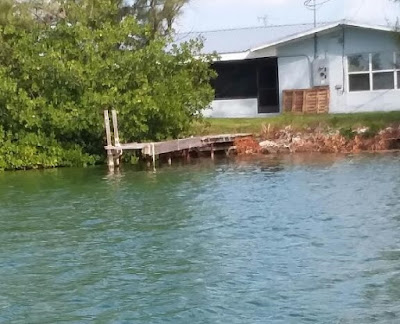 Subtitled: You built this pier 40 years and 5 hurricanes ago and it is still standing!

The people born in Key West are proudly called ‘Conchs.’ I predict there will be less and less ‘real conchs’ as the real estate climbs forcing the taxes to climb also.
The neatest thing at KW then was the Sunsets viewed from Mallory Square. At the time the 10-30 people gathered. We always applauded the show of nature, just as the sun dipped below the horizon. That was before cruise ships and super tourist traffic. Now Mallory Square is a Circus almost. (I compared it to Fisherman’s Warf in San Fran.) As a rule if you do not have a reservation you will sleep in your car Christmas season. And if you have a room you might have to finance it.
We will probably go back sometime, but I would rather be in Texas, Utah or Arizona. (KW nice place to live, but not to visit!)
Nite Shipslog
Posted by jack69 at 10:09 PM

key west sounds kind of nice. i'd be interested in visiting.

I'd love seeing Key West and how clear the water was! But then I wouldn't want to live there because of the potential for hurricanes.

Any place with the sight of sunsets over water works for me but just to visit unless there's a huge forest of trees and animals behind me. Then I might stay-no gators tho please. Sounds like Mark is having a memorable time as you all did at one time. As for TX, I'm on my way in a week or so with the little sis...for a quick visit and slow drive back up north.
loven'hugs from here to there as the sun rises over the pines

I love to see the sunset over the water and have many times, but not in KW for sure. Here in Ohio, we have Lake Erie and it's beautiful when the sun sets out over the lake. Truly I'll take a sunset any place. They always remind me to be thankful for another day. It's nice anyway to see the pier you built is still standing! You've lived so many different places and left some remnants behind for others to enjoy too!

Okay - you described Key West so wonderfully - we all want to go - so why is it not your favorite place? sandie

How funny! A few weeks ago my hair guru was all excited about their upcoming 2-week vacation in KW. "Have you ever been there?" she asked. I tried to summon excitement on her behalf, but the best I could do was, "Meh...."

Me again! I gotta tell you, I've never seen anything like those bullets. Sad, but at the same time, the neatest thing I've seen in a LONG time!

I’m a Florida girl....but I have never been to Key West. I enjoyed reading this blog post about the interesting memories that you and your family share regarding Key West.
Sending many smiles to you and your Sherry...
Love,
Jackie

We’re going to Key West, we’v Made up our mind.