Death and other Important stuff 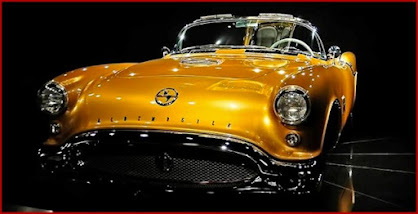 In my lifetime I have read and heard about CRAZY things related to religion. I have always been affiliated with the Christian religion. That is all I knew growing up. I have known some very good folks and some terrible ones who said they were Christians. To tell the truth I have met more ‘Christians’ who would give you the shirt off their back and those who would take it!  LOL

I firmly believe the USA was founded on Christian Principles. I realize completely that anyone can be WRONG, but what can be wrong with having Christian ‘Standards’ even if you are an atheist. Basically it is about law and order and treating everyone right. I cannot see the problem, but then I was raised under the Christian flag. 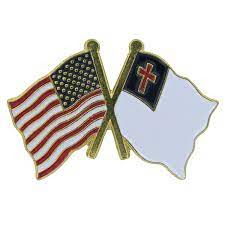 And then there was a popular ‘teaching’ in the past 50 years, that God wants you to be wealthy, he wants the BEST for you. I think those thoughts came from the ‘Name it and Claim it Group.’ My logic questions that belief. Some of the best Christians I have known have been poor as the church mouse, still giving to the Christian cause and living ‘hand to mouth.’  If anyone deserved ‘comforts’ it was those folk. (Like the lady in the scripture giving pennies!)

Then the belief that sickness is NOT REAL, it is all in your mind. I’m reminded of my Dad again. One of his tales:

A Kid comes running into his house from School, “Hey dad, you know that lady up the street who had been sick a long time?”

“SON! You mean that lady up the street who thinks she is sink!” Dad corrects.

And for your smiling pleasure:

Bill to his friend, “I have been trying to sell my car and just cannot get any lookers, not even a call!”

Friend, “How many miles on that sucker?”

Friend sees Bill weeks later after the odometer change and he is still driving the old car. ”Hey Bill, it still won’t sell?”

Moral of the story: Something's can be ‘Only In your mind’.

So true, somethings are only in our minds and not in reality, Yet on the other hand our minds are powerful and we can usually do whatever it is we think we can do. Best to only think on good things.

Sadly we can not all set our Odometers back in years instead of Miles, I would Turn my Odometer back about 25 years !!! But since I can't I give it eh Old "YOLO" !!!!!
"You Only Live Once" !!!! LoL !! Hope you 2 are doing great, we are cooling down, Leaves are turning brown and dropping off the trees, Geese are Headed South so watch for them and it is almost "Deer Season" !!!!! Gotta fill that Freezer ! You 2 Take Care, Love from the North, Gary an Anna Mae

How right you are, about shady goings on in the name of religion.
When, as a naive 18 y/o, I arrived in the heart of the 'Bible belt' (in the shadow of Abilene Christian Unversity) it didn't take long to witness the piety which existed.

I, too, have been really fortunate to know a couple of people who did not attend church, but whose lives embodied what it means to be a Christian.

I also grew up in the Bible Belt. My experiences sound like yours.

When I was a teenager, I became aware of how some Christians leave Christ at the church front door. Leaving home and finding other places is when Christ became part of my life.

Always good to see your name.

Great post today. I liked your cheerful stories. Hope you and Sherry are keeping well.

Being and growing up like yourself, has met the challenges of today's confusion or what's right and what's wrong. I was raised to always be kind and share what little we have been blessed with. That kindness has been enough to make me always feel hopeful about the future, even as grim as it seems sometimes. If everyone of us had the pleasure of knowing God, we already Know we will survive. We only need believe, trust and love.
Now, about that glorious golden '54 Rocket...........WOW, I would take one.
loven'hugs from up north where the days and nights are cooling quickly, our maples are showing their stunning colors about 25% already....and today being the last day of summer came way too fast. Welcome Fall !!!