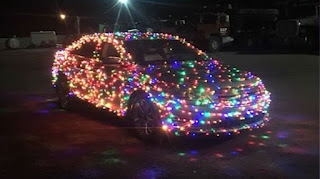 I never cared much for lamps until I started getting older. Home building around here went thru a stage that one maybe two outlets were controlled by a switch (For lamps) with no overhead lighting. I never could do that, I always wired and installed overhead lighting even if the plans did not call for it.

We have some neat designed lamps, 15 all totaled. Only two match. I also do not care for the 3 level lamps mainly because of the cost of the three filament bulbs. They are handy but mostly I don’t have any reason for the dim lights, LOL.

Something else about the new lighting, I haven’t noticed that the bulbs last any longer than the older filament bulbs.  I have replaced several of the low voltage led light bulbs here at the house.

I made the mistake of changing one or our fluorescent fixtures in the coach with the bright LED white, Sherry hated it, so I changed it back.

Then ceiling fans with lights became the rage. So I installed fan-lights in the homes I built. We have a couple in this home but they are never used. We just don’t care for the moving air, it sorta bothers us. 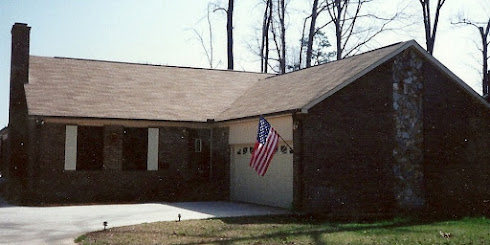 Below shows only one fan but the camera shutter speed stopped the blades. LOL 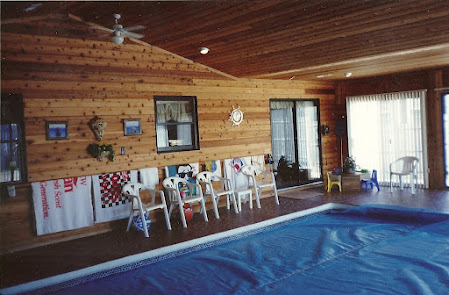 I’m a tight wad but if fans are used in a home they take VERY LITTLE power. If you run one all month it probably would not cost $2. When we sold our house over on Main St. a very wealthy man bought it. When touring the house he noticed the fans in the pool room running. None of the other fans in the house were running. He asked how often we ran them. I told him they ran 24/7 since the power was turned on to the house; adding that they cost very little at the low speed and it helped control the humidity from the pool. His response was, “I can’t have that!” ;-)  He was a bigger tight wad than I!

Methinks you are right, Jack. Housing is crazy these days. I do like fans on in the bedroom at night especially the hot summers we get.

Ain't that the truth, methinks we are in for a horrific downturn due to Economic policies and ignorant Congress men ETC. WHAT IN THE HECK IS OUR COUNTRY DOING LETTING UGLY PEOPLE DETERMINE OUR DESTINY? AND...I DO NOT OR FEEL THAT BIDEN IS UGLY ON THE SURFACE, DIG DOWN DEEP, HE IS BUTT UGLY TO THE CORe, IMO. "JACKIE "Ole Bro Taylor, rotten to the core" Sherry please don't shudder, he was just an intelluctual who went Left, wrong "Joe".

You made me smile, Jack. My mother didn't like to use the word 'hate' -- but she hated overhead lighting. Our present home's sort of a 50/50 mix; yes, the bedroom fans have lights and there's flourescent lighting in the kitchen.

Good to know you take on the fans! Back in Arizona I was contantly leaving them on -- and Tom would come around behind me to the (unoccupied areas) turning them off. He hasn't mentioned anything since we've been here.

I commented here yesterday, Jack. It showed in the comments box. Now it has vanished!

Thank you so much for your AMAZON Review of my book.

We do have a lit fan in the dining room where we play cards....the fan runs on low most the time and the down lights sure help us see if we're tossing out the wrong suit at the wrong time....done it~!!! LOL We do like the air circulation during hot, hot weather...PHEW, what a price jump on your home with the pool. It's definitely crazy what people will pay. I also loved Glenda's comment...too many crazies trying to run our lives. Stick with God and we will be okay.
loven'hugs from up north where it's pleasantly hot out today...helping my guy put a temporary door on his lean-to