A Friend dropped by 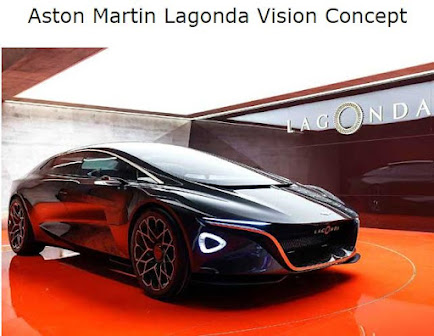 WE heard the door bell, not many folks drop by other than Jack Jr. A man was at the door with a mask on. I knew he was familiar, but the mask was discombobulating to me. He was feeding me some hogwash about being from the county and wondering about the houses next door.

When he raised the mask it was Bobby Franklin, we have been friends for years. Our dads were dead eye buddies in the 1930s before me ’n Bobby were even thought of.

His wife is Violet, she had a sister Pansy. What was sorta odd was I had just ran across a 3rd grade picture of Pansy and had been thinking of the family, especially Bobby and Violet.

The Franklins and my family were close in the 30s, in Gastonia. My family moved away just as the 40s rolled around and I was an infant. The Franklins then moved to the Belmont area and the kids were raised on the Imperial Mill Hill where Sherry was raised. So the Franklins were friends on both sides of our family.

As we talked, Bobby said to me, “You know I found my wife on the Imperial.”

It is such a kick to have some time with an old friend. Bobby had dropped Violet off at the dentist and they has said the procedure was going to be at least a couple hours, so he was driving around town seeing all the changes. It has been a long time since they lived in this area.

Bobby could not find our house so he called Jim Arp who owns the run down houses next door, to get directions. I had no idea they were good friends.

Anyway today I am just thinking of some quality time spent with an old friend. It was such a joy. Bobby kept apologizing for dropping by without calling and I kept assuring him this is one of the best things that has happened in a while. He told me something I did not know. He came home late (after midnight) while a senior in HS. He had a car, and his dad took the keys to the car and he had to walk to school and work. So like me he quit school, I didn't know that story. I thought he graduated. I really don’t have that many friends anymore, I have out lived them. So I cherish this time, it is a joy!

One thing about these ‘small towns’ ask around long enough and you will learn you are nearly kin to folks.  Sherry & Violet are not kin but do have some of the same 1st cousins.

What a sweet surprise! Not many random visitors turn out so well. Only yesterday while we were having lunch someone knocked on the front door wanting to know if we wanted to sell our car. Whaaaaat?
I don't have occasion to communicate with many from my school days -- 3 or 4, on Facebook. Same with my son's 'battle buddies.' DIL Lois's situation, however, is just like Sherry. Small-town suburb of Selma, I'm always losing track of who's kin or friends who married kin. LOL.

What a nice surprise! He had fun trickin ya at first. I love this little story.

Cool story! Something similar occurred her a couple of weeks ago, phone call from a long time friend telling me she wanted to come to Chobee, see my "new home" and take me to lunch. We had a great visit although it was embarrassing that 1/3 of it has not been rehabbed. Oh well.
So happy y'all had some recollections of days gone by and the sheer joy of the reminiscings. Old friends are the best! Hope you have a great weekend, old friends. Love from Chobee, Glenda

What a nice surprise. It's good to catch up with old friends and have a good chat and a beer. I always offer them coffee or tea, and keep the Guinness for myself.

How wonderful you had that unexpected visit from an old friend. Funny the way he tracked you down. Hope now he knows where you are , you can get together more often. It's sad when we start to lose those friends and it's a blessing to know some are still alive and breathing. Old friends are the best, we share so many memories with them.

What a wonderful surprise! So fun to catch up. You're so right about small towns. Many of the patients we had in surgery were either a relative or close friend of someone on staff. Hard to have HIPA not get compromised when we all know their history or family members!