Do you ever feel like you are observing, but not here?

I did make my little speech about our life in the motorhome at the Senior meeting.

Okay, the meeting was not the usual. It was extended by a business meeting and a long devotional read by one of our members who did not know about the business part either.  Not a big deal, but as I sat there with ‘my notes’, I kept cutting something out.

It gets dark a little too soon for many of the older folk who do not like to drive after dark, I am one of those. LOL

Anyway everyone seemed to get a kick out of the stories especially these:

Everyone loved the stories about me getting lost. My ‘code name’ was ‘wrong way jack’. Driving in Texas and other mid-west states it was ‘U-Turn Jack’ because there was room to do a U=Turn of the 60’ rig. I have driven 100 miles in the wrong direction.

We decided to take a trip starting from our driveway and flip a coin at the major intersections. Heads-Right, Tails-Left. Thirty minutes later we were driving back by our home. LOL (true) 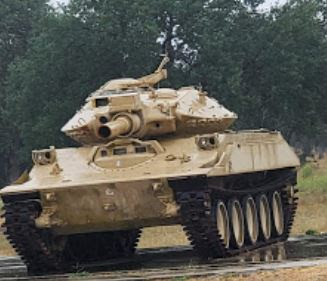 Then we once took a very small road over a mountain with no guard rails to avoid a mud slide in California. We ended up on an Army Tank practice range (Ft, Hunter Liggett) almost surrounded by maneuvering LIVE USA tanks. The Officer in charge drove over to us in a Jeep asking what we were doing there…… We were escorted off the base. The Gate MPs got a good laugh as we drove out. 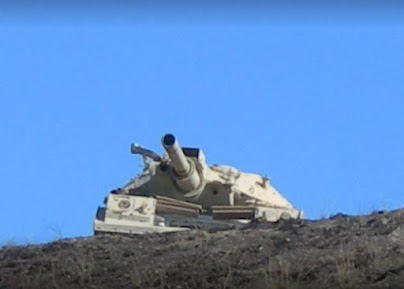 We did have a good time but the meeting ran too late in the evening for many. Anyway it was much better than the last time Doris asked me to help her. She did not tell me what I was supposed to be doing in a skit she had prepared. As they were putting stuff on me I asked, ‘Do I had any lines?’ Doris said don’t worry they will be laughing too hard. The last part of my costume was a DRESS they slid over my head, I knew I was in trouble, I ended up being a pregnant man.

Old People have a twisted sense of humor.

PS:  Doris told me after the pregnant man, “I knew I could trust you to have a sense of humor!”  I still get questions, “Was it a boy or girl?”  LOL

What a shame your meeting went on so long! Tom and I are right there with you about driving after dark; it's definitely affected our lifestyle, but better to be safe than sorry.

Glad your talk was well-received; I remember that post about accidentally getting on Hunter Liggitt. So funny! (Maybe Sherry didn't think so at the time?) That sounds like something out of a Chevy Chase movie. At least you didn't try to drive into Area 51!

I'm younger than you and I'm already hating night driving! Your stories are hilarious and I'm sure it was delightful no matter the later hour. I hope you have all these written down someplace...it would be a fun book read. Have a good weekend Jack and Sherry!

I'm so glad your talk went so well. It is always a nervous business to start with, but once you start talking it goes all right. Just tell it as it is. You certainly have some nice stories to tell, as we enjoy reading on your Blog.

Thanx Jack. God bless you and your family.

I read some of your “wrong way” stories and they led to adventure.