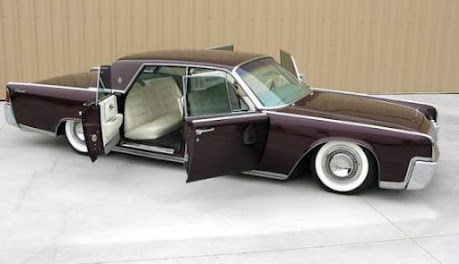 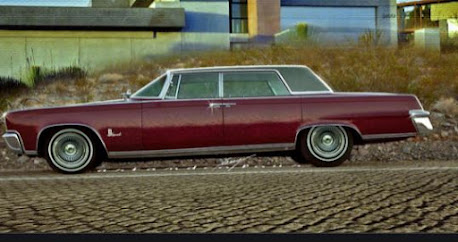 "You remember my brother Lefty bought your dad's Imperial!"

We were taking Mark by our old house in Tavares when Sherry got a call, ……. she mouthed, ‘it’s David.’  She was enjoying talking to him, and I am still trying to figure who is David? I can tell they are trying to get it straight where everyone is. Sherry says, “You are in Eustis, Florida?”

She gave ‘David’ our address and told him, “We now live in Leesburg and we are headed home now.  Come on over we would love to see you guys.”

After hanging up she says that was David Ewing, you know, from Belmont; he and Delena are going to meet us at our house.

Now the phone call made sense. David and Delana were our neighbors at one place we lived in Belmont, NC. The street we lived on was Ewing Drive. (I learned it was not E-Wing but pronounced You-ing)

Their family came to that area from Scotland in the 1700s. David was born and raised here. He always lived within a block or so of his birthplace. The house we bought was the house where David was born. Since we don’t stay one place too long, we sold it to our Granddaughter Sherece; she is now David and Delana’s neighbor.

Sometimes this is a small world. Delena has a brother that lives right here in Leesburg, they were visiting his family for Thanksgiving Day and dinner. At the time of the call they were at our ‘mailing address’ (our mail service). Several people have made that mistake, thinking we live at that address. ;-)

The header statement about the Imperial, a vey unique car Sherry's brother Lefty owned. He bought it from David's dad. Of course it is fun to listen to people talk of people of their past and incidents they remembered. I don't have that pleasure. In never lived one place long enough.

It was such a pleasant surprise for Thanksgiving Day. They are easy people to like and visit with. We spent an hour or so catching up.  Anyway there are good surprises in life that was one.  Some things just make you smile…

It's such a small world and it is so nice to meet up with people we have not seen for a while.

Hoping you had a wonderful Thanksgiving and a great holiday. Have fun and laughter always.

A small world, indeed! Tom, too, makes it a point to keep in touch with extended family -- and old friends that feel like family. It's always fun to eavesdrop on (his side of) their telephone conversations.

That was a wonderful surprise. Who knew they would have relatives living where you do that would bring them your way. This is a small world for sure ! Glad you had such nice neighbors that still like to keep in touch. A good neighbor is hard to find.

How wonderful to have friends drop by that you hadn't seen for a while and who used to be neighbors. I agree with MA, good friends are hard to find. It's especially wonderful to keep in touch. My Mom calls someone every day nearly, keeping in touch with the family and extended families. She gets a lot of company also which warms her heart.
loven'hugs from up north where we're so glad to have met you two. It is a small world.

What a nice surprise.
I went to school (in Belmont) with a Ewing. He was even my prom date on year.
Probably kin somehow.