That will never happen in my home town. 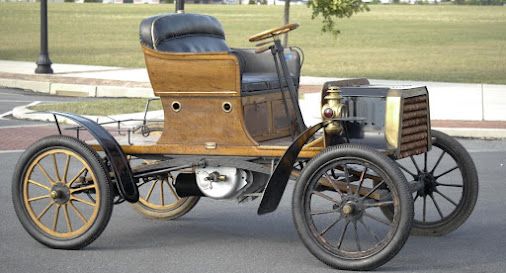 I left home at 17. I was raised in small towns. Property rights were respected. You could buy a lot build you a house and call the electric company. They would come out, look at the electrical work, if it looked good to them they would hook you up. If not you would fix what needed to be done and then they hooked up the power.

My great grandpa’s house was built in the mid-1800s using  big rocks as pillars to hold it level.  It is still standing today near Toccoa, Georgia. Some people stacked blocks to build on. There was no requirement for a foundation.

On Bivouac, talking to some guys from the NY, NJ areas and learned that they had to get permission to build or change their own homes. I made a statement, “I can’t believe all that, That will never happen back in the south. WE will never be told what we can do with our OWN House!!”

LOL That was youth speaking.... Ignorance is BLISS... I learn slow but I learn.

When I became a General Contractor I learned very soon that “YES, it can and did happen down South!”

That is also one reason I smile when my friends say LOUDLY, “The government will NEVER TELL ME WHAT TO DO!”

Mostly concerning face masks and vaccines.  I had never taken a Pneumonia Shot. But when I was told I had to take the shot to get my Cochlear Implants, I immediately drove to a Walgreen Drug store and got one.

Now, if I was still in the military and they said take the shot or you are OUT, I would definitely take the shot, because I was making a career out of the service.  If I was dissatisfied with the military, I just might welcome that excuse to be discharged.

Honestly if I had a great job and the choice was take the shot or leave, I would take the shot. BUT that is a PERSONAL opinion, a logical one for me, a no-brainer.

After a talk with my doctor, whom I admire and respect, I am in the process of being immunized. I will get my second shot here in Florida in the couple weeks.

I truly hate it that is has become a political FOOTBALL! Intelligence and logic say % wise, it is smart to be vaccinated. All my doctor said in the end was, “Do the math!”

Wouldn’t you be upset to be dying and KNOW, “IF YOU HAD BEEN IMMUNIZED, MOST LIKELY THIS WOULD NOT BE HAPPENING!”  I like Dr. Coutts,,,,  (2nd shot in 10 days)

the game goes on. We didn't wait. We got the vaccinations, and know that we have done what we can. The government should have not have access into our personal lives.

I, too, hate how this vaxx business has become so politicized. I've one FB/blog friend who's gone so far as to call those of us vaxxed 'sheep.' I don't believe anyone really knows, but my own peace of mind is invaluable.

Here in the UK you need planning permission from the Local Authorities for a new build or an extention/alteration of an existing one. The plans are shared with immediate neighbours in case they have any objections - e.g. the new build will block your light/view or encroach on your property.

The Local Authorities send experts to check at every stage of the build to ensure it meets regulations - e.g. safety, environmental etc ...

I'd be curious to know if your friends who are saying "the government will never tell me what to do" are immunized against this dreaded and deadly disease. I suspect they are. And if they aren't, I promise them it's only a matter of time until they get this dreaded and deadly disease. Then they'll wish they'd have listened to the government, their doctors, their relatives etc. telling them to get the damn vaccine.

I'm ao Happy that YOU GOT you're vaccinations. It was a no brainer for me. I wanted to live and knew some who had died from Covid. Now I just got my booster shot so I've had 3 shots. I also go my flu shot, so I feel pretty protected right now. That doesn't mean I won't catch any of them, but at least I shouldn't die from it.

LOVE that Buckmobile! Can see myself puttering around Chobee on warm spring days in that.
FINALLY, I got my first jab; still need one more. I'm reading that another pandemic is coming that will be worse. SCARY!!!
Hope y'all have a great day, Love Glenda

Great post. I used to be checking constantly this weblog and I'm impressed! Extremely useful information.

We already have health issues so, of course, we were vaccinated. My flu shot is next in a week...we both get whatever we feel will benefit not only ourselves, but our families and friends. It's no fun seeing what the illness can do. As for the Buckmobile, now that's a sweet ride.!
loven'hugs from up north where the ground is white with our first lasting snow. At least it's still above freezing.

Ok you are getting me started here. I am AGAINST the vaccine. It is not political. I am just absolutely scared of it. I know three healthy people that passed away between a week and 3 months of getting the vaccine. It has not been proven to work against covid and they can not even tell you whats in it. A vaccine is a one time shot like we had when we were little but no, its just a shot like the flu shot. My daughter had to take the shot or lose her job. She can not afford to lose her high paying job. I was in tears and pray to God she does not have a reaction to it down the road. I just hope I do not have to make the choice between the shot and my job. I feel like it’s coming though. I am not a mask wearer either but have to wear it where I work now but thats ok. I hope I do not get covid but I have been around it many times. I may be immune.